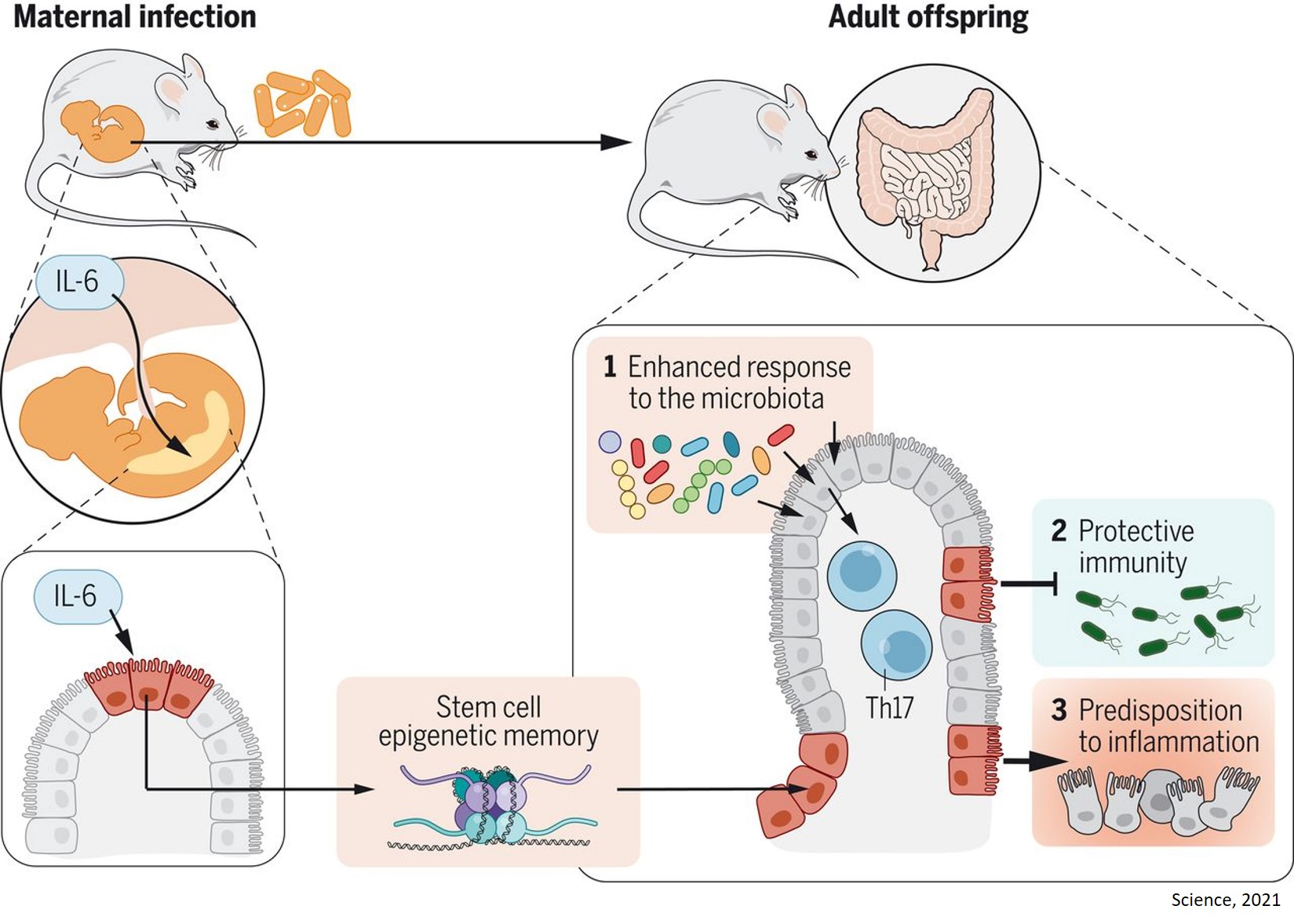 During pregnancy, mild infections in the mother can have permanent and tissue-specific impacts on offspring immunity, according to a new study in mice. The findings reveal that although the fetus can co-opt maternal infection to promote heightened immunity to gut infection, it may do so at the cost of a long-lasting predisposition to inflammatory disorders in offspring.

A growing body of evidence suggests that the immune system begins to develop in utero and is greatly affected by maternal immune status during pregnancy. While pregnancy is often associated with immune suppression, it remains unknown how every-day infections – such as mild urinary tract, respiratory or food-borne infections – that remain undiagnosed and often self-resolve in the mother can influence the offspring’s immunity.

To evaluate the impact of maternal infection on offspring immunity, the researchers infected pregnant mice with a specific strain of the common food-borne pathogen Yersinia pseudotuberculosis, which causes a mild and transient infection.

However, while the short-lived infection was restricted to the mother, the authros observed elevated levels of intestinal T helper 17 (Th17) cells in the offspring, which persisted into adulthood.

The authors found that enriched levels of the pro-inflammatory cytokine interleukin-6 (IL-6) produced by the mother in response to infection resulted in epigenetic changes to the fetal intestinal epithelium stem cells during in utero development. While these offspring showed enhanced protective immunity to gut infection, they also exhibited higher susceptibility to intestinal inflammatory disease, like colitis.

“The past few decades have seen a marked increase in the incidence of inflammatory disorders in children, including asthma, allergies and behavioral deficits driven in part by neuroinflammation,” write the researchers in a related Perspective. “Future work should address whether and how immune imprinting in utero may underlie the predisposition to inflammatory disorders.”