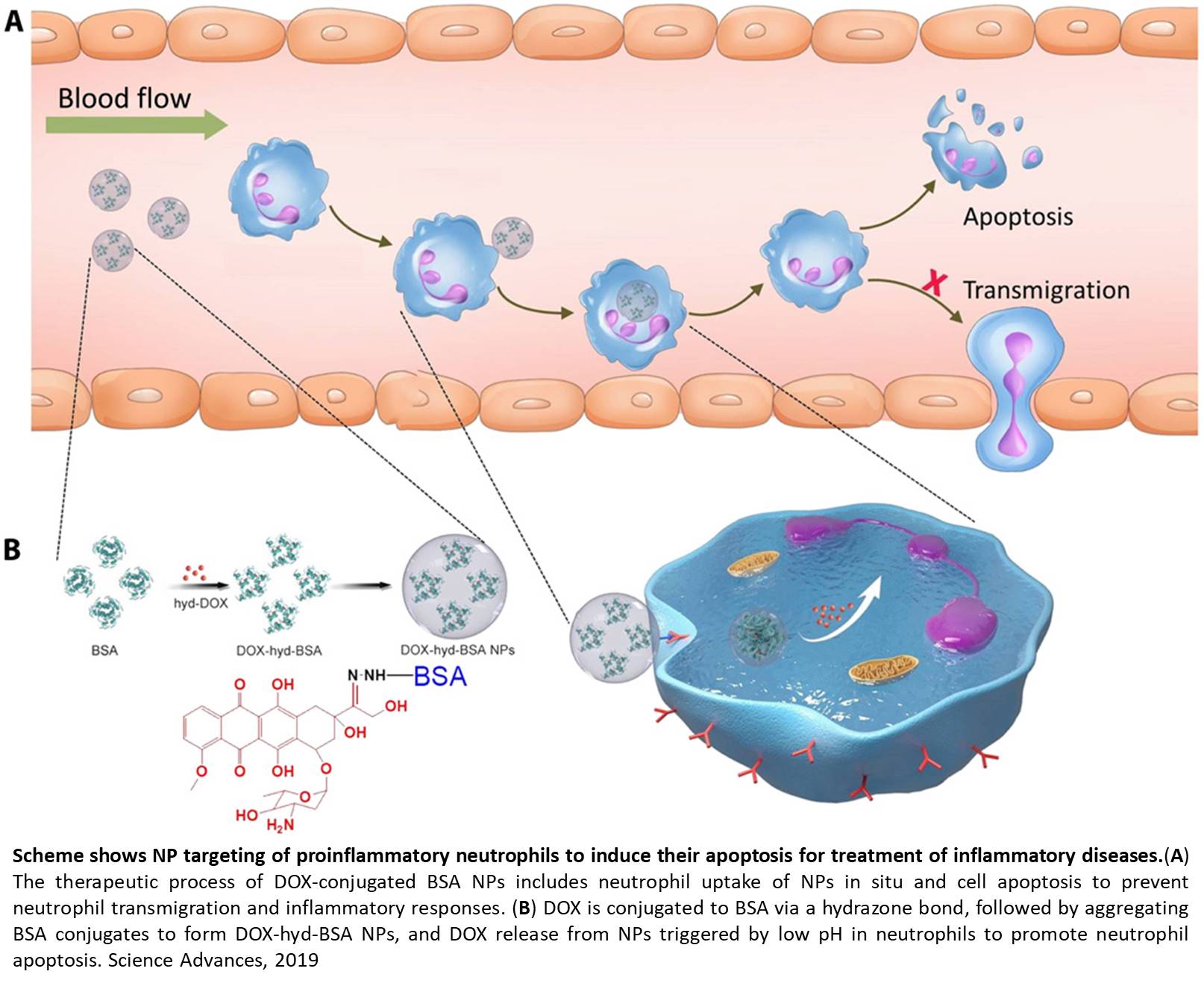 Published in the journal Science Advances, their papeer describes a novel, patent-pending technology that uses nanosized particles to transport cell-killing drugs directly to activated neutrophils, the cells that drive the exaggerated immune response involved in inflammatory diseases. They also demonstrated the technology's feasibility at selectively killing activated neutrophils without harming other cell types or compromising the immune system.

"Scientists have started realizing that neutrophils--which were always seen as the 'good guys' for the key role they play in our immune system--are actually also contributing to the pathology of all kinds of diseases," said the study's senior author.

You might think of them as beneficial cells that have gone rogue. Neutrophils, which make up as much as 70 percent of the body's white blood cells, are the immune system's first line of defense. Produced in bone marrow, they quietly patrol the blood stream, looking for viruses, bacteria, and other invading pathogens to fend off. They normally circulate through the blood for 8 to 20 hours before returning to the bone marrow to die as part of a natural process known as apoptosis--or programmed cell death--which helps keep the immune system in balance.
\
However, inflammation caused by pathogens or damaged tissue can activate neutrophils and keep them alive long beyond their normal lifespan. This increases neutrophil numbers in the blood and allows them to invade and accumulate in healthy tissue, resulting in damage that can harm organs and lead to death.

"Neutrophils don't know who the enemies are," the senior author said. "They just attack, releasing all kinds of harmful proteins in the blood stream. They will kill bacteria, but they will also kill healthy tissue in the body at the same time."

The senior author said previously studied approaches to target these activated, or inflammatory, neutrophils had a significant flaw: they not only killed off the harmful inflammatory neutrophils, but also the beneficial resting neutrophils in the bone marrow. This compromises the immune system and increases the chance of life-threatening, secondary infections.
To address that issue, the team created nanoparticles that are capable of carrying molecules of doxorubicin--a commonly used chemotherapy drug--into inflammatory neutrophils and release their drug load once inside.

To test the feasibility of their technology, the team conducted studies that used rodent models of two inflammatory conditions: sepsis--a life-threatening condition caused by widespread inflammation in the body and the cause of more than a third of all hospital deaths--and ischemic stroke, which is caused by a blood clot that obstructs blood and oxygen flow to the brain and triggers a harmful inflammatory response when blood flow is restored. Findings from their study suggest that the nanoparticles could be successfully used to increase survival in sepsis and minimize neurological damage from stroke.

The team plan to conduct additional research to delve deeper into how their technology works on a molecular basis and to further optimize it. The next step would be to test the technology in human clinical trials before it could be developed into a commercially available treatment strategy that could benefit patients.