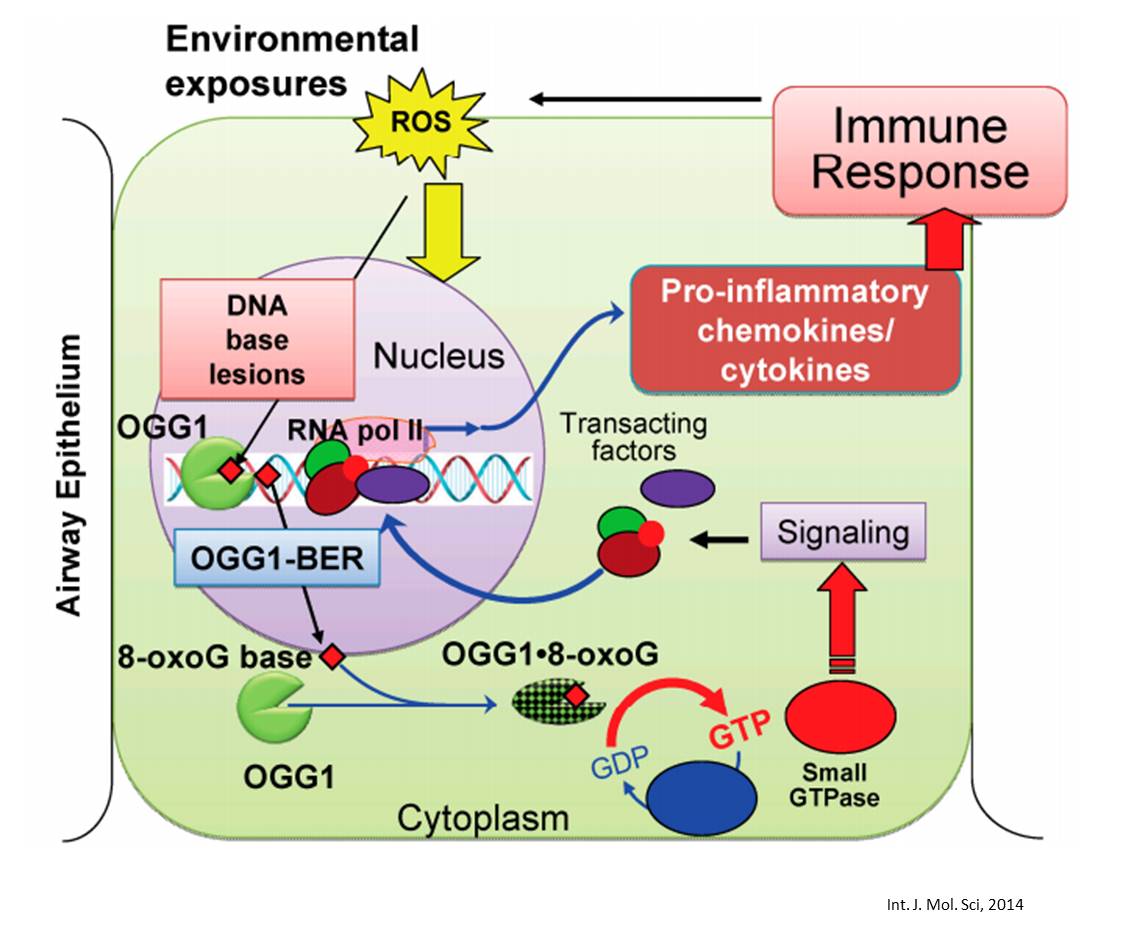 A multidisciplinary team of researchers have developed an anti-inflammatory drug molecule with a new mechanism of action. By inhibiting a certain protein, the researchers were able to reduce the signals that trigger an inflammation as demonstrated in a study published in Science .

"We've developed a new drug molecule that inhibits inflammation," says the co-led of the study. "It acts on a protein that we believe is a general mechanism for how inflammation arises in cells."

The discovery is the result of many years of research by the group on how DNA is repaired by the body. One of the objectives has been to fight cancer by targeting damage to the tumor cells' DNA. Several breakthroughs have already been reported, which have led, amongst other things, to a new treatment for congenital breast and ovarian cancer using so-called PARP inhibitors, which has been available for some years.

It was when developing a new molecule for inhibiting the enzyme that repairs oxygen damage to DNA that the researchers found, to their surprise, that it also dampened inflammation. It turned out that the enzyme OGG1, apart from repairing DNA, also triggers inflammation. Mice that lack the gene encoding 8-oxoguanine DNA glycosylase 1 (OGG1) show resistance to inflammation. This enzyme binds to sites of oxidative DNA damage and initiates DNA base excision repair.

Researchers developed a small-molecule drug that acts as a potent and selective active-site inhibitor that stops OGG1 from recognizing its DNA substrate. The drug inhibited DNA repair and modified OGG1 chromatin dynamics, which resulted in the inhibition of proinflammatory pathway genes. The drug was well tolerated by mice and suppressed lipopolysaccharide- and tumor necrosis factor–α–mediated neutrophilic inflammation in the lungs. The inhibitor blocks the release of inflammatory proteins, such as TNF alpha.

"This discovery could give rise to a new treatment for a very serious condition," says the co-lead. "We'll now be developing our OGG1 inhibitor and examining whether it can lead to new treatments for inflammatory diseases in order to cure or relieve diseases such as sepsis, COPD and severe asthma."