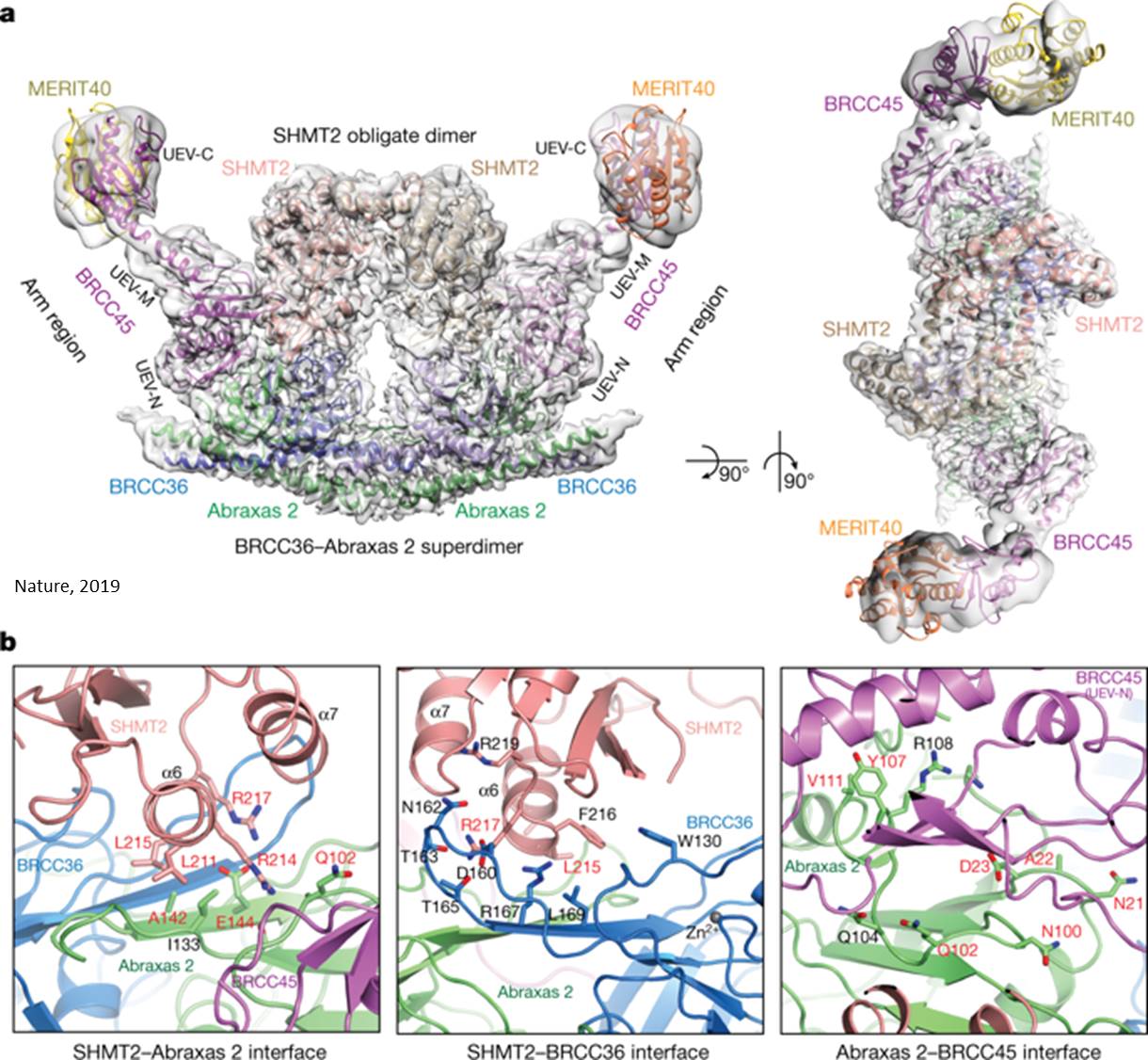 BRCA--the family of DNA-repair proteins associated with breast, ovarian prostate, and pancreatic cancers--interacts with a multipart, molecular complex that is also responsible for regulating the immune system. When certain players in this pathway go awry, autoimmune disorders, like lupus, can arise. Now, researchers have deciphered the structure of the complex and have found new molecular targets for fighting autoimmunity. Their findings are published in Nature.

"The important association between this complex and the immune system originally came about because my lab focuses on how BRCA1/2 function in DNA damage responses, and we realized that immune signaling entailed similar events that are governed by some of the same players involved in BRCA function," said co-senior author.

An enzyme that functions with BRCA1 to repair damaged DNA also exists within a separate complex called BRISC to regulate immune signaling. The team explored the relationship between BRISC and immune cell surface receptors to better understand the symptoms of lupus and other autoimmune diseases.

The overproduction of immune cells, and their signaling compounds called cytokines, stirs up hyper-inflammation that can cause substantial tissue damage, an effect of many autoimmune disorders. Lupus patients, in particular, produce too much of the cytokine interferon, a natural chemical that signals to the immune system in ways that can exacerbate inflammation.

Researchers tried to figure out the structure of the molecular complex using cryo-electron microscopy (cryo-EM). Their findings revealed a fascinating molecular mechanism that connected BRISC to an enzyme involved in metabolism called serine hydroxymethyltransferase 2 (SHMT2). SHMT2 guides reactions essential for basic body functions, such as building blocks for proteins and DNA, after being activated by a form of vitamin B6.

By probing the detailed structure of the complex, the team found that SHMT2 also induces immune cells to send out cytokines through its interaction with the BRISC complex. Mutations that disrupt the binding area of BRISC-SHMT2 interfere with this onslaught of inflammation, suggesting a new target for a lupus drug. This interaction was also regulated by vitamin B6 levels in cells, providing clues to the impact of metabolism on immune response regulation.

Specifically, the team solved the cryo-EM structure of the human BRISC-SHMT2 molecular complex. They found that it is composed of four BRISC-enzyme protein subunits in a U-shape, with different enzyme components protruding from each side. SHMT2 bridges the gap between the two arms, blocking the active-site pocket, and inhibiting enzyme activity. This block is thought to prevent abnormal BRISC activity and restrict it to inflammatory sites to keep immune signaling in line.

Building on this work, the team plans to explore designing drugs against BRISC in order to quiet overactive cytokine production. "We want to find a drug targeting BRISC to decrease interferon in order to help lupus patients," said the co-senior author. "Knowing the vulnerabilities in the detailed structure of the BRISC-SHMT2 complex gives us new targets to work with."