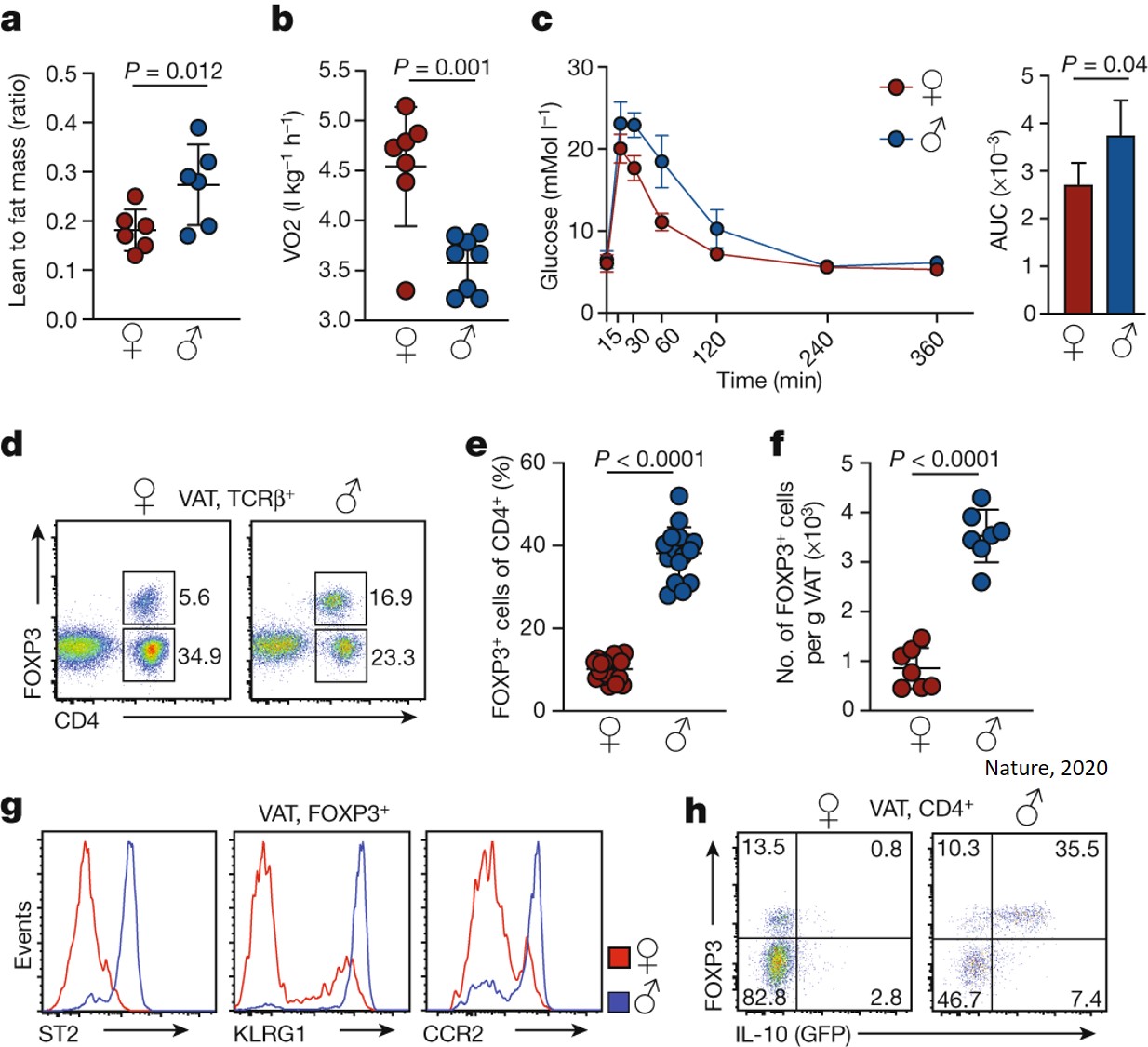 The researchers have uncovered important differences between the male and female immune system which may explain why men are more susceptible to obesity and metabolism-related associated diseases, such as heart disease, stroke and diabetes.

It has long been known that men are more likely than women to develop unhealthy obesity and related metabolic diseases, while women are more prone to certain autoimmune diseases such as arthritis. These findings suggested the male and female immune systems differ, but until now scientists weren't sure how.

Researching male and female adipose tissue - commonly referred to as body fat - a scientists discovered striking differences in the numbers and function of an immune cell population called regulatory T cells, or Treg cells, between male and female mice.

Treg cells play a central role in the body by dampening inflammation, autoimmunity and maintaining the health of many tissues, including the adipose tissue.

Importantly, the adipose tissue is not only a storage for energy, but also an endocrine organ that plays a crucial part in regulating metabolism, appetite and inflammation. It also produces a range of different hormones.

"Not only did we discover dramatic differences in Treg cells, we also discovered a stromal cell type that responds directly to the male sex hormone, testosterone, and is therefore specific to males," the author said.

"This stromal cell makes a signalling molecule, IL-33, which is what Treg cells depend on. So, you have a completely novel chain of events that is regulated in a sex-specific manner."

With the unprecedented worldwide rise of obesity and metabolic disease, the senior author and laboratory head at the Doherty Institute, said the findings are important when considering new therapeutic approaches to this global challenge.

"We are now exploring whether similar mechanisms are at play in autoimmune diseases and in cancers," the senior author said.

"For too long the male physiology and the male immune system was considered the 'norm' in research and in clinical studies. Our work shows that important differences exists between the sexes. This means that the strategies to treat a range of diseases may have to be different between men and women."