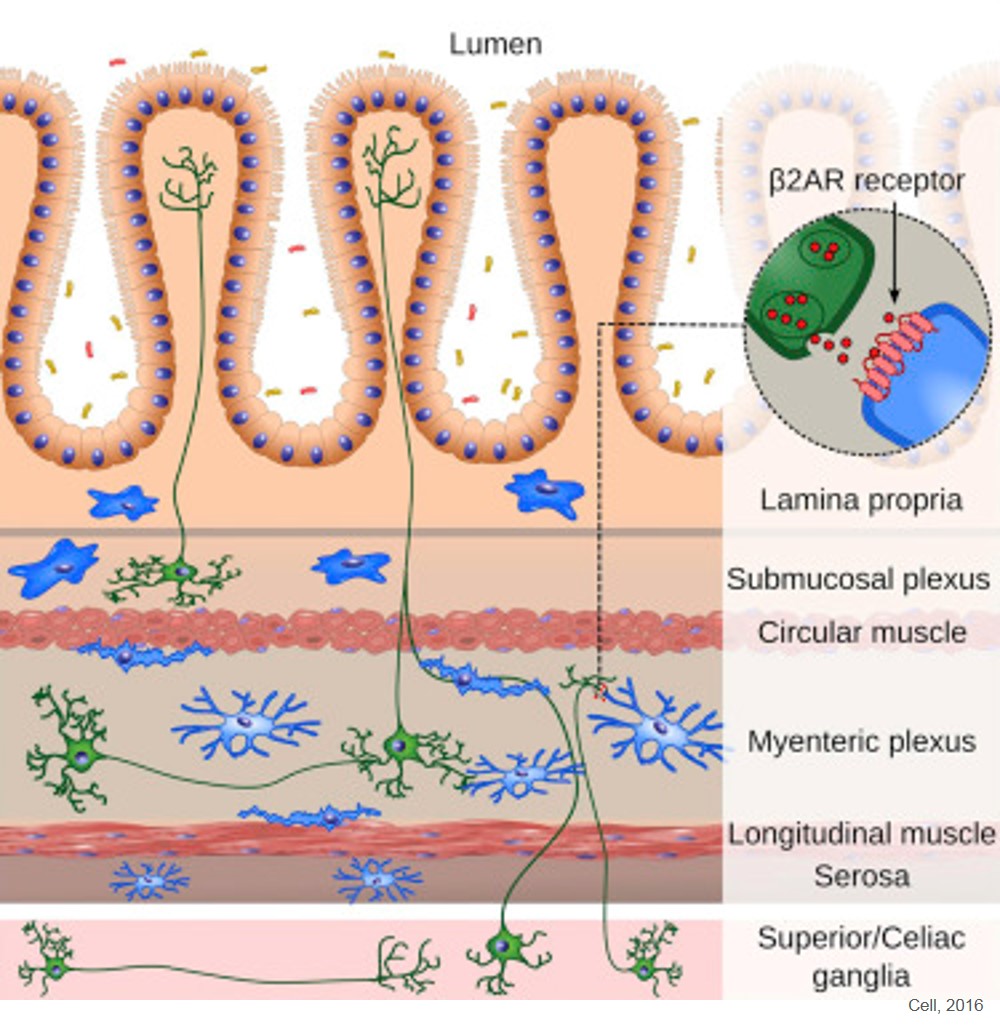 New research shows that neurons play a role in protecting intestinal tissue from over-inflammation. Published in Cell  the findings could have treatment implications for gastrointestinal diseases such as irritable bowel syndrome.

The immune system exercises constant vigilance to protect the body from external threats--including what we eat and drink. A careful balancing act plays out as digested food travels through the intestine. Immune cells must remain alert to protect against harmful pathogens like Salmonella, but their activity also needs to be tempered since an overreaction can lead to too much inflammation and permanent tissue damage.

"Resistance to infections needs to be coupled with tolerance to the delicacy of the system," says the co-first author. "Our work identifies a mechanism by which neurons work with immune cells to help intestinal tissue respond to perturbations without going too far."

the researchers looked in depth at the differences between the two populations. In addition to variations in how the cells look and move, they noticed that intestinal neurons are surrounded by macrophages.

In other experiments, the scientists found that muscularis macrophages carry receptors on their surface that allow them to respond to norepinephrine, a signaling substance produced by neurons. The presence of the receptor might indicate a mechanism by which neurons signal to the immune cells to put a stop to inflammation.

The researchers also observed that the muscularis macrophages are activated within one to two hours following an infection--significantly faster than a response would take if it were completely immunological, not mediated by neurons. They believe that was because these deeply embedded macrophages receive signals from neurons, they are able to respond rapidly to an infection, even though they are not in direct contact with the pathogen.

"We now have a much better picture of how the communication between neurons and macrophages in the intestine helps to prevent potential damage from inflammation," says the author. "It's plausible that a severe infection could disrupt this pathway, leading to the tissue damage and permanent gastrointestinal changes that are seen in diseases like irritable bowel syndrome. These findings could be harnessed in the future to develop treatments for such diseases."