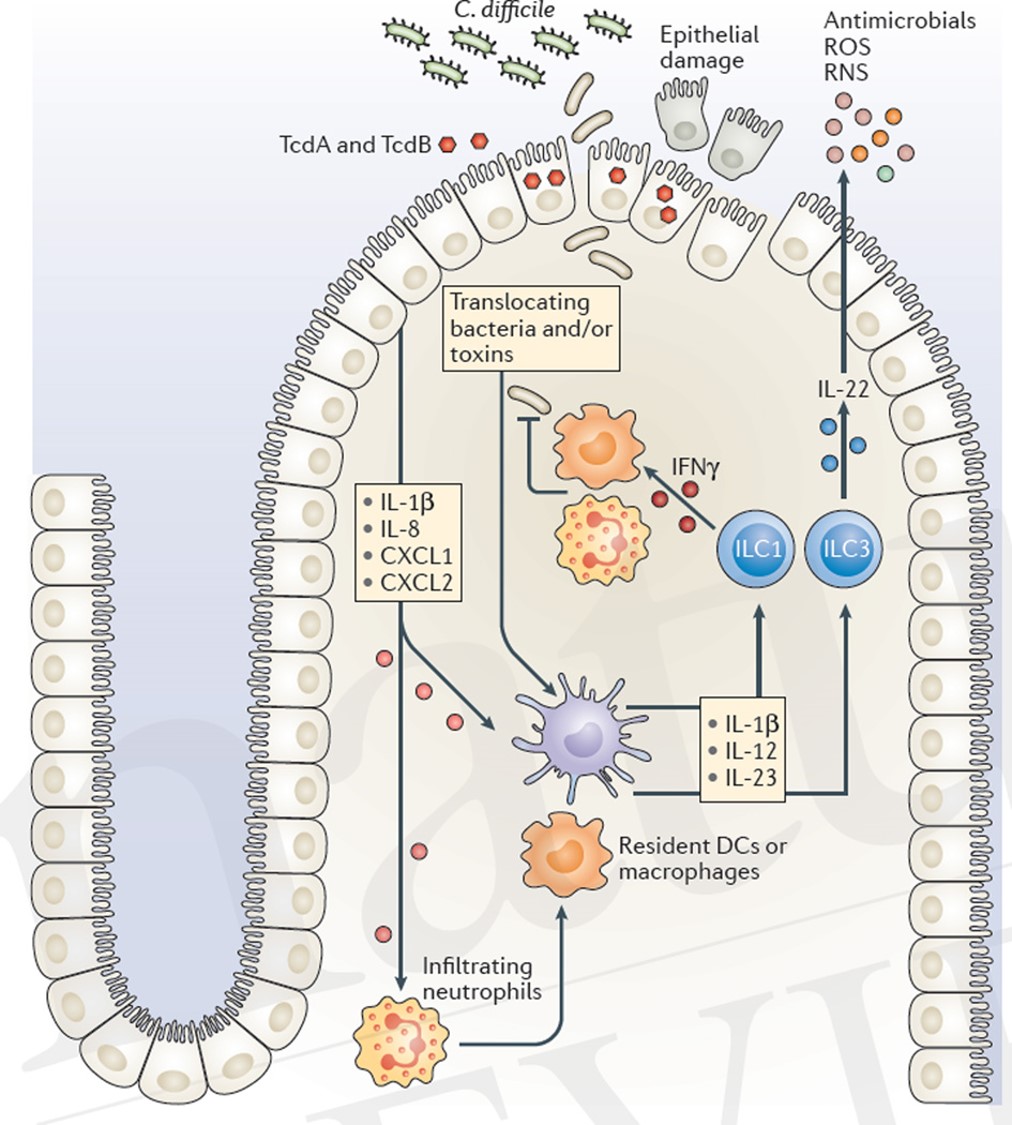 The research has revealed that a bacterial superbug can prevent stem cells in the gut from carrying out their vital role of regenerating the inner lining of the intestine. This causes potentially severe disease, particularly in the elderly.

The research found that Clostridioides difficile infection, the most common cause of hospital-acquired diarrhoea, damages colonic stem cells via a toxin called TcdB, impairing tissue repair in the gut and recovery from disease. This understanding may now lead to new treatments or prevention methods.

C. difficile is responsible for more than half of all hospital infections related to the intestine and more than 90 per cent of mortalities resulting from these infections.

It grows after antibiotic treatment is administered to a patient, where it can upset the host-microbial balance in the gut allowing the bacterium to colonise.

The superbug can be transmitted from animals to humans and vice-versa and is now being uncovered in patients who have not had a recent hospital visit or taken a recent course of antibiotics. Instances have also been seen in a younger demographic than previously recorded.

The findings could have wider implications for those going through treatments for cancer such as chemotherapy and radiation therapy that also damage the gut. The study was published in the journal Proceedings of the National Academy of Sciences of the United States of America (PNAS).

"It shows that the toxins C. difficile makes are very important - TcdB targets the stem cells and damages them directly" the senior author said.

"As a consequence the gut can't be repaired. So where it normally takes five days to regenerate the gut lining, it can take more than two weeks. This can leave patients (particularly people aged over 65 years and who are already debilitated) with pain, life-threatening diarrhoea and other serious conditions.

They also show, using both mouse and human colonic organoids, that TcdB from epidemic ribotype 027 strains does not require Frizzled 1/2/7 binding to elicit this dysfunctional stem cell state.

The findings might also apply to other infections that behave in similar ways. Lactate gradient from astrocytes to neurons

Depressive-like behaviors by the loss of NG2 glia

Insight into cause of Alzheimer's symptoms