A key gene in the transmission of deadly sleeping sickness identified! 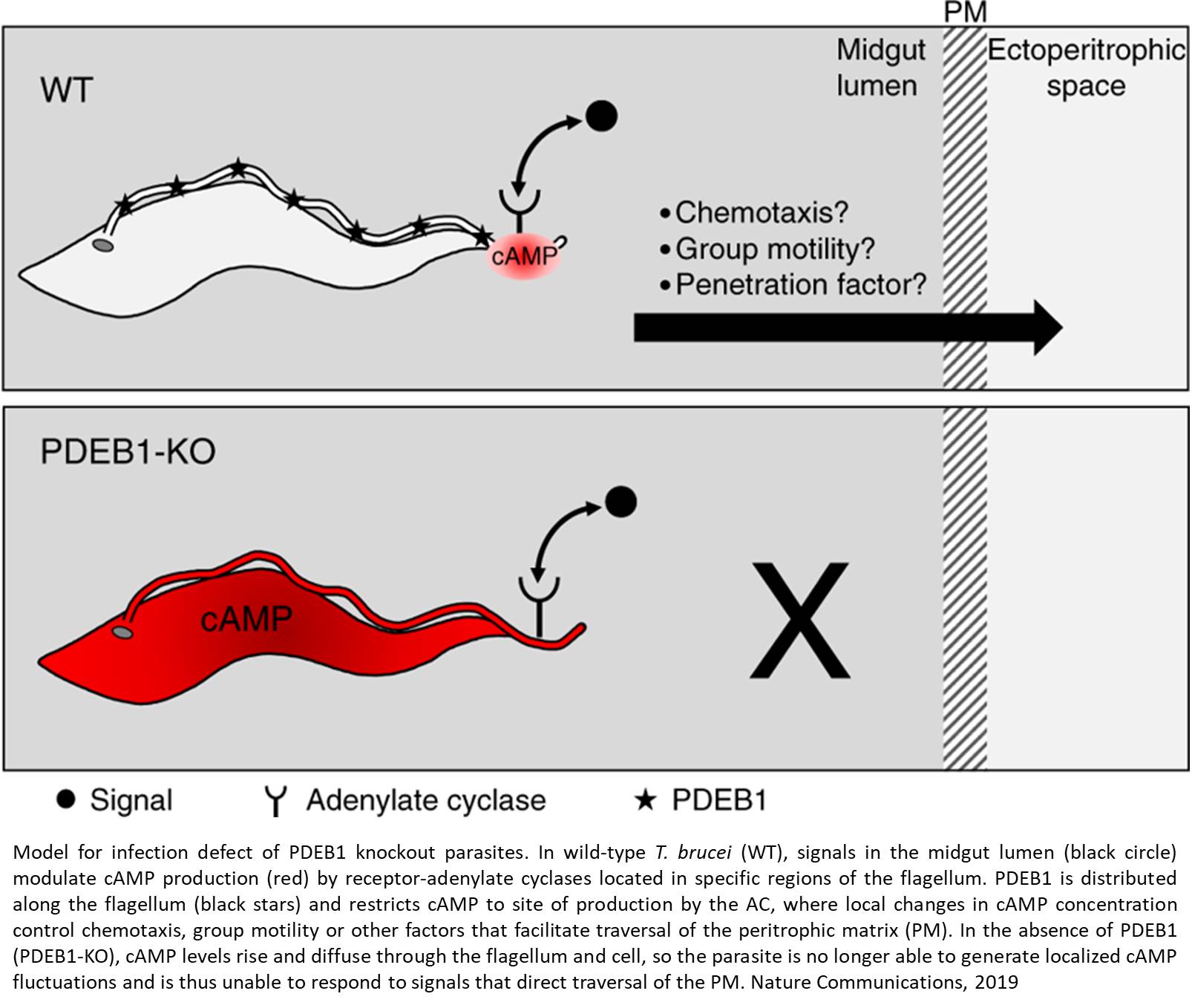 Life scientists have identified a key gene in the transmission of African sleeping sickness -- a severe disease transmitted by the bite of infected tsetse flies, which are common in sub-Saharan Africa.

The disease is fatal if untreated, as the parasite responsible moves from the bloodstream to the central nervous system. Tens of millions of people in 36 African countries are at risk. There is no vaccine, and conventional drug treatments, which include an arsenic derivative, are antiquated, not very effective and have severe side effects.

The research, published in the journal Nature Communications, could lead to new approaches to treat the disease. It also provides scientists with the first detailed understanding of how the parasite moves through the fly and what genes enable it to do so.

The tiny, single-celled parasite that causes African sleeping sickness in humans, and debilitating diseases in other mammals, is called Trypanosoma brucei, or T. brucei. To become infectious, the parasite must travel through tissues of the fly, from the midgut to the salivary gland -- and then into the human or other animal, through a bite.

In the study, researchers worked with two sets of the T. brucei parasite. In one set, they made a mutation in one of the parasite's genes, called phosphodiesterase-B1, or PDEB1. Then, they infected 2,000 tsetse flies with some 20,000 parasites each -- half of the flies received blood containing normal T. brucei parasites and the other half received blood with the mutated versions. When tsetse flies drink infected blood, the parasites from the blood typically travel to the midgut and then into a tissue closer to the head, called the proventriculus, before moving on to the salivary glands.

The research identifies for the first time the genes that enable the parasites to sense where they are and allow them to survive their journey in fly tissues; those mechanisms had not been understood well until now.

"We think the way the parasites perceive where they are may be similar in the tsetse flies and in mammals -- including humans -- as they go through barriers and tissues," said co-senior author. "If so, there could potentially be a new drug that might disrupt their ability to do that."

The researchers also uncovered another clue to African sleeping sickness: In parasites with mutated PDEB1, there was a dramatic increase in the number of cyclic AMP molecules, signaling molecules that play an important role in the disease. Normal parasites are social and coordinate their behavior, co-senior author said. But the research revealed that without PDEB1, the parasites have too much cyclic AMP in their cells and can't communicate with one another.

Contribution of non-cognitive attributes to the success!