A new mechanism to fight against bacterial wound infections 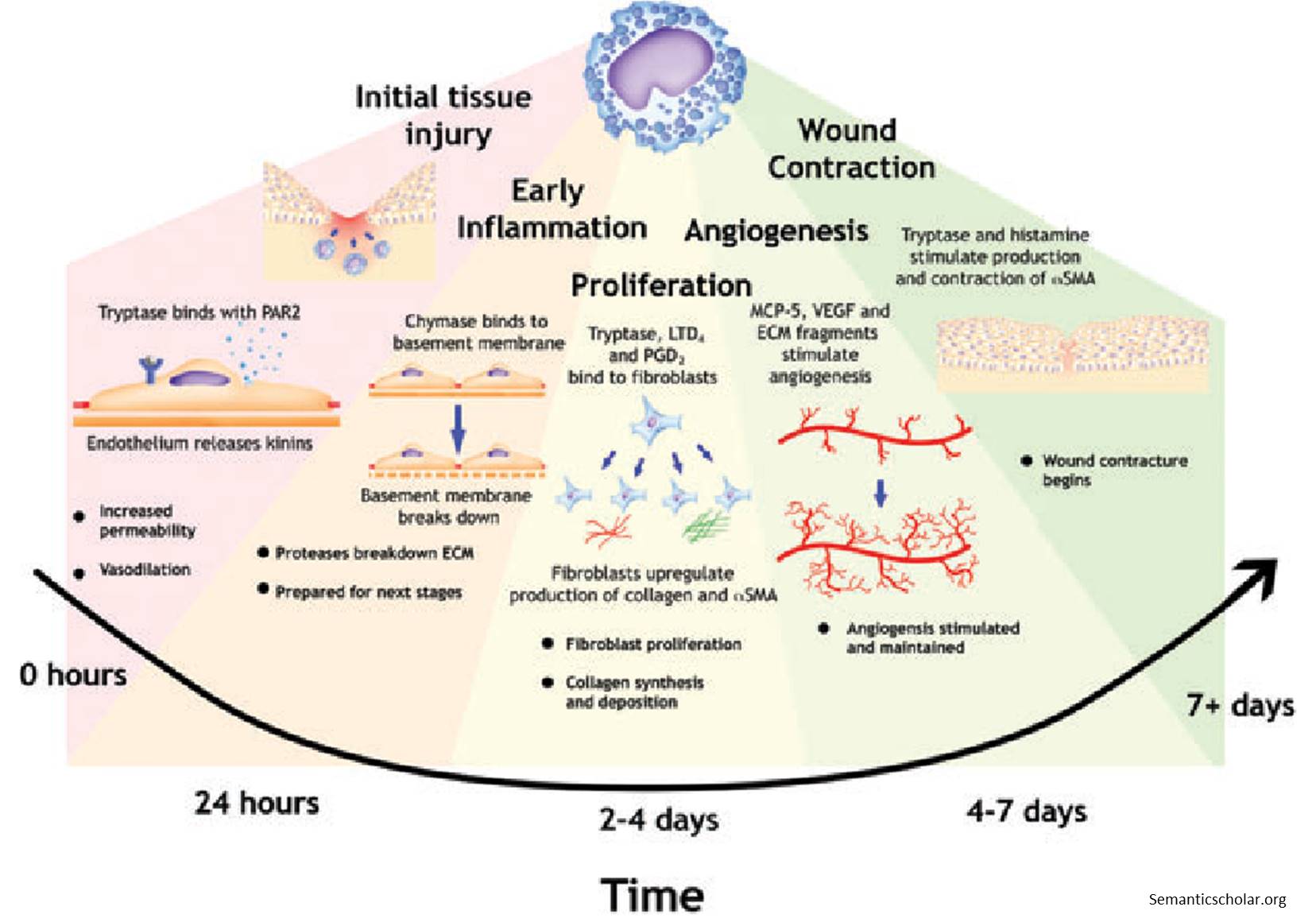 Wound inflammation which results in impaired wound healing can have serious consequences for patients. Researchers have discovered a new defensive mechanism which enables our skin to actively kill bacteria. Central to this mechanism is a cellular messenger molecule known as 'interleukin 6', whose mode of action may be used in the future to prevent wound infections. Results from this research have been published in PNAS.

Skin wound colonization by bacteria or other pathogens can lead to severe inflammation. In the worst cases, this can result in septicemia or amputation. Prompt treatment is therefore essential. However, growing numbers of bacteria developing antibiotic resistance have resulted in treatment options becoming increasingly limited. A team of researchers has now identified a new endogenous mechanism, which may help prevent wound infection without the need for antibiotics.

The researchers investigated the hypothesis that the skin's host defense against pathogens might include 'mast cells', a type of defensive immune system cell which is known to play a major role in allergies. Mast cells are responsible for the body's response to otherwise harmless substances, producing symptoms such as runny nose or itching. However, researchers suspect that their role goes beyond this mediation of abnormal immune responses, with some results suggesting that they play a role in our body's defense against pathogens. This led the research team to study whether and to what extent mast cells might be involved in the skin's host response to bacterial wound infection and in wound healing.

Using an animal model, the researchers studied the effects of an absence of mast cells on wound healing after infection. The researchers observed that, on day five after infection, the total number of bacteria present in the wound was 20 times higher if mast cells were absent. This resulted in the infected wound taking several days longer to close. According to the researchers' findings, the mast cells' bacteria-killing effect is a product of the release of the messenger molecule interleukin 6. This molecule stimulates cells within the superficial layer of the skin, prompting them to release 'antimicrobial peptides', short protein chains which kill bacteria, viruses and fungi.

Engraftment of MCs restored both bacterial clearance and wound closure. Bacterial killing was dependent on IL-6 released from MCs, and engraftment with IL-6–deficient MCs failed to control wound infection.

"Our study has demonstrated the nature and extent of mast cell involvement in the skin's host defense mechanism against bacteria," says the author and adds: "This helps us to better understand the significance of mast cells in the human body and how their role goes beyond that of a mere mediator of allergic reactions."

Exploiting their knowledge of interleukin 6 and its key function, the researchers found that the application of interleukin 6 to the wound prior to infection resulted in an improved defense against bacteria, even in animals with intact immune systems. The researchers were also able to replicate this effect in human tissue.

"It is in theory feasible that the application of interleukin 6, or of substances with a similar mode of action, could be used to prevent wound infections," explains the dermatologist. "As a next step, we will explore the functions of both mast cells and interleukin 6 in patients with chronic wound-healing problems. We will be going into greater detail in the hope of working towards a new and preferably antibiotics-free wound treatment method."