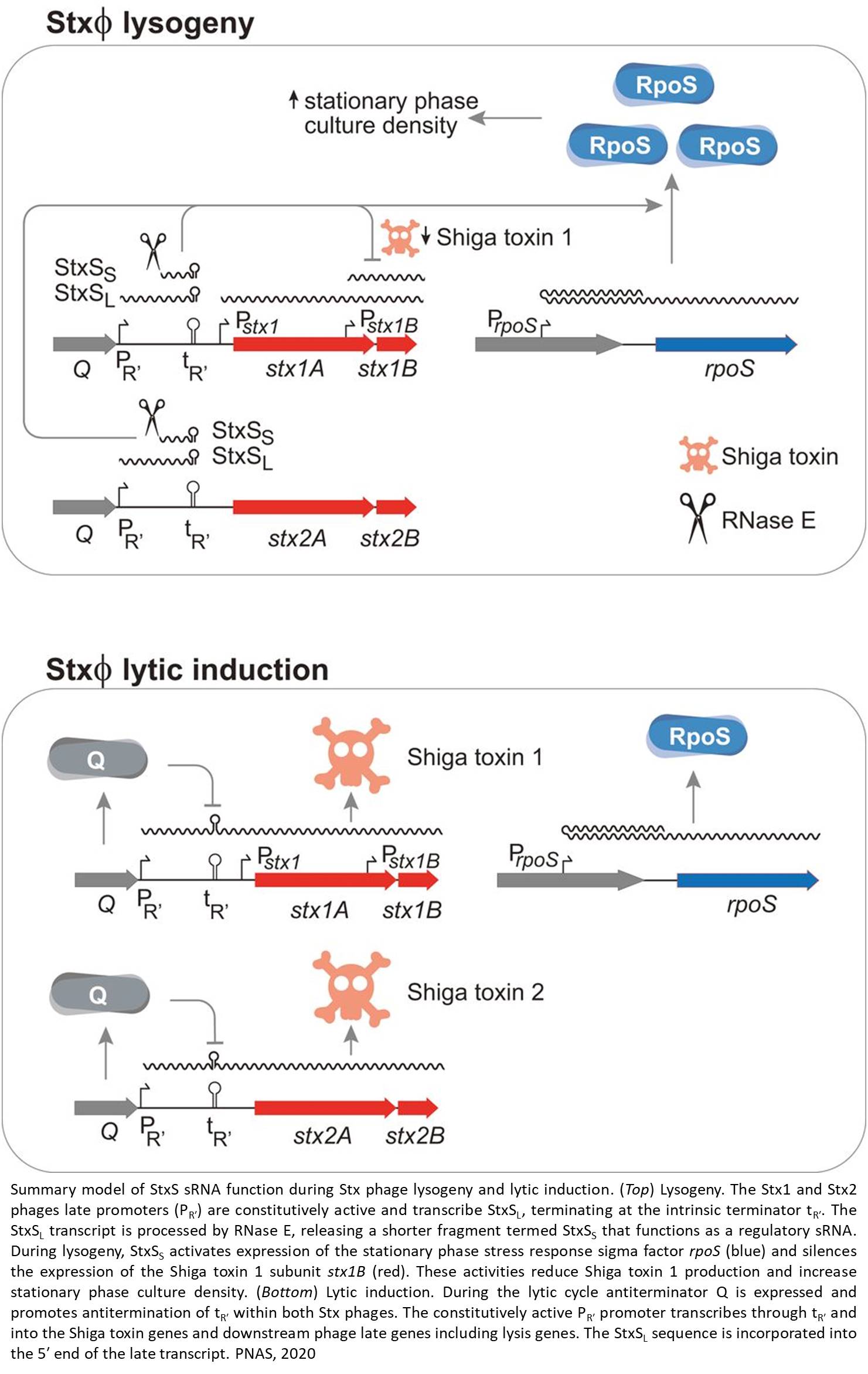 Escherichia coli, known as E. coli, are bacteria which many people associate with causing mild food poisoning, but some types of E. coli can be fatal.

The microbiologists studied an E. coli strain that causes a severe intestinal infection in humans: enterohemorrhagic E. coli (EHEC). Their findings were published in the journal PNAS (Proceedings of the National Academy of Sciences).

EHEC is a food-borne pathogen that releases Shiga toxins during infection, resulting in kidney and neurological damage.

The study's senior author said the researchers' discovery of a new molecular pathway that controls Shiga toxin production was important because there was no commercially available treatment for EHEC infections.

"Antibiotic treatment of these infections is generally not recommended because antibiotics stimulate production of the Shiga toxin, leading to an increased risk of kidney failure, neurological damage, and death," the author said.

"The new pathway that we have found reduces toxin production and is not expected to be stimulated by antibiotic treatment. So, our results identify a potential new target for the development of drugs that can suppress Shiga toxin production during EHEC infection.

"It's still early days, however, and we need to conduct a lot more research to understand if our findings apply to a broad range of clinical EHEC isolates and to both types of Shiga toxins produced by human EHEC isolates."

The author said there were several ways in which people could become infected with EHEC.

"EHEC is mainly found in the faeces of cows and sheep and people can become infected through contact with farm animals and their faeces, or via person-to-person infection if people come into contact with tiny amounts of faeces from a sick person - for example, directly or indirectly by touching contaminated surfaces," the author said.

"This strain of E. coli can also spread through ingesting the bacteria by eating undercooked minced meat (for example, in hamburgers), eating contaminated fresh produce like salad vegetables, or drinking contaminated water or unpasteurised milk.

"Children under five years old and older people are at greatest risk of developing an EHEC infection."

"In 2001, researchers at Tufts and Harvard universities first showed how production of the Shiga toxin was controlled by a bacterial virus, known as a bacteriophage, within the genome. This has been the only known pathway that controls Shiga toxin production for almost two decades," the author said.

"We have extended that work to show a new mechanism of toxin control that is, surprisingly, buried within the start of the DNA sequence that encodes the Shiga-toxin messenger RNA - a working copy of the gene.

"We discovered a very short piece of the toxin messenger RNA is made into a regulatory non-coding RNA that silences the toxin and promotes growth of the pathogen."

The author said their findings were a surprise because Shiga toxin genes have been well studied, with almost 7000 published studies in the past 40 years.

The authors demonstrate that this short transcript binds the small RNA chaperone Hfq, and is processed into a stable 74-nt regulatory small RNA that we have termed StxS. StxS represses expression of Shiga toxin 1 under lysogenic conditions through direct interactions with the stx1AB transcript. StxS acts in trans to activate expression of the general stress response sigma factor, RpoS, through direct interactions with an activating seed sequence within the 5′ UTR. Activation of RpoS promotes high cell density growth under nutrient-limiting conditions.

"Only recently have we been able use advances in RNA sequencing technology to detect the presence of the new regulatory non-coding RNA embedded within the Shiga toxin messenger RNA," the author said.

"This new regulatory non-coding RNA had been hiding in plain sight for almost 20 years." The researchers' findings opened up new possibilities for the treatment of EHEC infections.

"Our work shows a new mechanism for controlling toxin production that may be amenable to new RNA-based therapeutics to inhibit toxin production during an infection. We anticipate this would expand intervention options and potentially allow use of antibiotics that are currently not recommended because they stimulate Shiga toxin production.

"New treatments could therefore reduce the risk of kidney damage, neurological complications and death. We look forward to testing these new interventions in the next stage of our research."