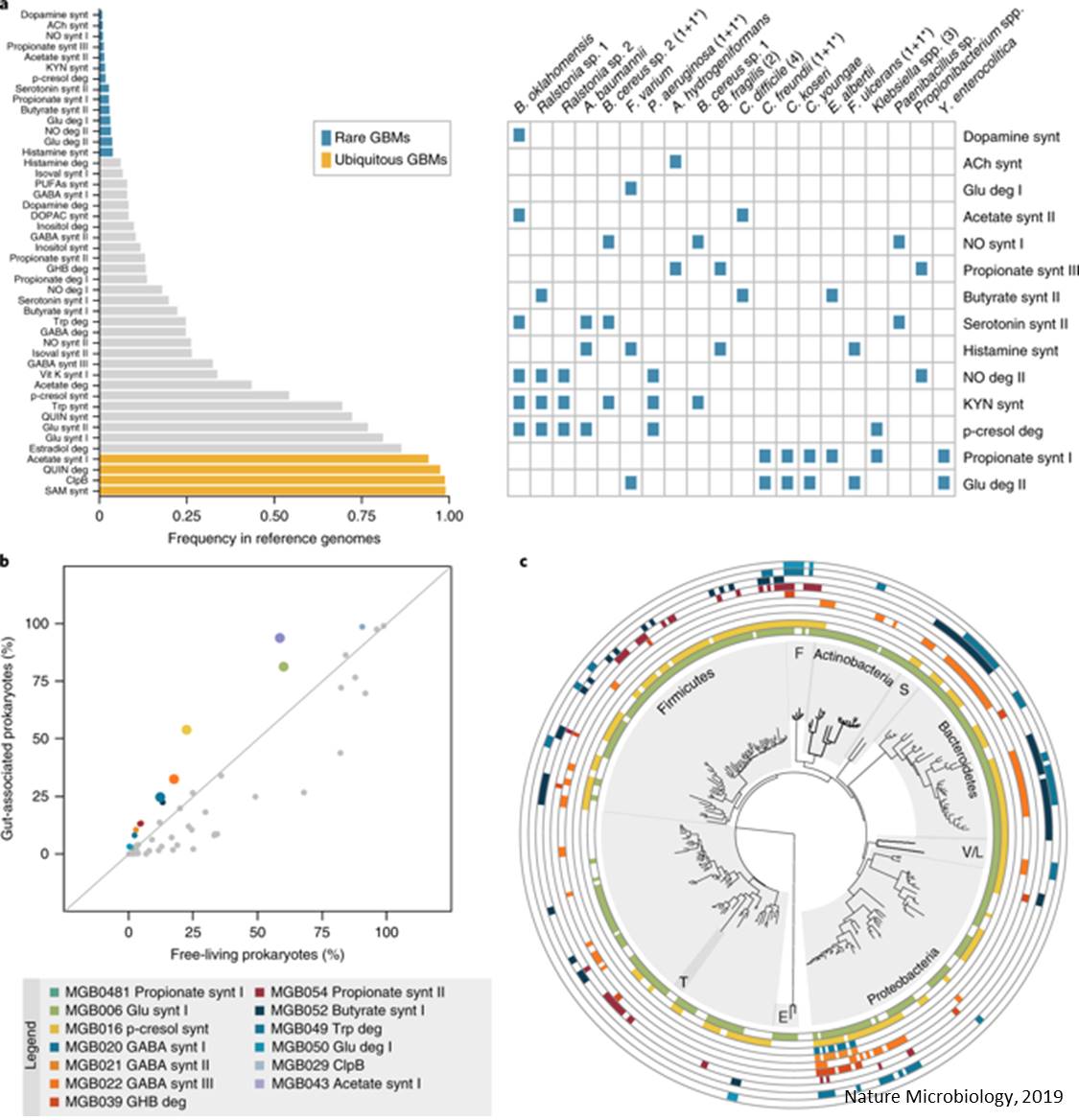 Sequencing fecal samples of over 3,000 healthy volunteers, the team defined the boundaries of a normal, health-associated gut microbiota. Next, the team turned to patient groups to identify microbiome alterations associated with diseases. Recently, they described the so-called B2 enterotype, deficient in some anti-inflammatory bacteria. Their results on the high prevalence of this particular enterotype across multiple diagnoses are published in Nature Microbiology.

"Over the years, many research groups worldwide have attempted to describe microbiota alterations associated with diseases. Especially IBD is a hot topic in microbiome research. Our study differs from these previous attempts on three fronts. First, we compared the microbiota of patients with profiles from healthy volunteers from our Flemish Gut Flora Project catalog of over 3,000 microbiomes. Second, in our analyses, we did not only look at the percentages of different bacteria present in the stool samples, but also used a new technique to quantify their abundances. Third, we corrected our results for factors such as loose stools, often symptomatic in the diseases studied, but affecting the outcome of microbiome analyses" said the senior author.

Combining their unique expertise in quantitative microbiome profiling with their knowledge on health-associated microbiota variation, the scientists identified an altered microbiome configuration - also known as an enterotype - with high prevalence among patient groups. While this enterotype was observed in 13% of healthy volunteers, it could be identified in 38 to 78% of PSC and IBD patients.

The co-author clarifies: "This aberrant microbiome configuration, which we call the B2 enterotype, is characterized by low bacterial abundances and biodiversity. It is notably deficient in some anti-inflammatory bacteria such as Faecalibacterium. In fact, we detect higher levels of intestinal inflammation in patients with the B2 enterotype. Even among healthy individuals, carriers of this enterotype have slightly higher levels of overall low-grade inflammation."

Surprisingly, only a few months ago, the lab described a similar microbiota alteration to be associated with lower quality of life and even depression.

The senior author says: "There appears to be a large overlap in microbiome alterations observed across different patient groups. We detected the B2 enterotype in around 26% of depressed individuals. While the gut microbiota has been shown to play a role in disease development in, for example, ulcerative colitis and Crohn's disease, this is far less clear for depression. However, we will explore the association between the B2 enterotype and depression in more detail in future studies."

While around 13% of healthy individuals can be classified as carriers of the B2 enterotype, the researchers stress that this should not be a reason for concern.

The senior author said: "At this point, we cannot make any prediction on disease susceptibility or risk based on a person's enterotype. Moreover, enterotypes are not fixed and can be altered by, for example, changing your diet. The observed associations between diseases and microbiota constellations do not imply that the gut bacteria actually cause the disease. Many personal, lifestyle, and environmental factors are linked to a B2 enterotype. However, as also inflammation turns out to be a B2- associated factor in some individuals, we will most certainly be looking further into potential causality."