A single vaccine to treat different strains of Ebola virus 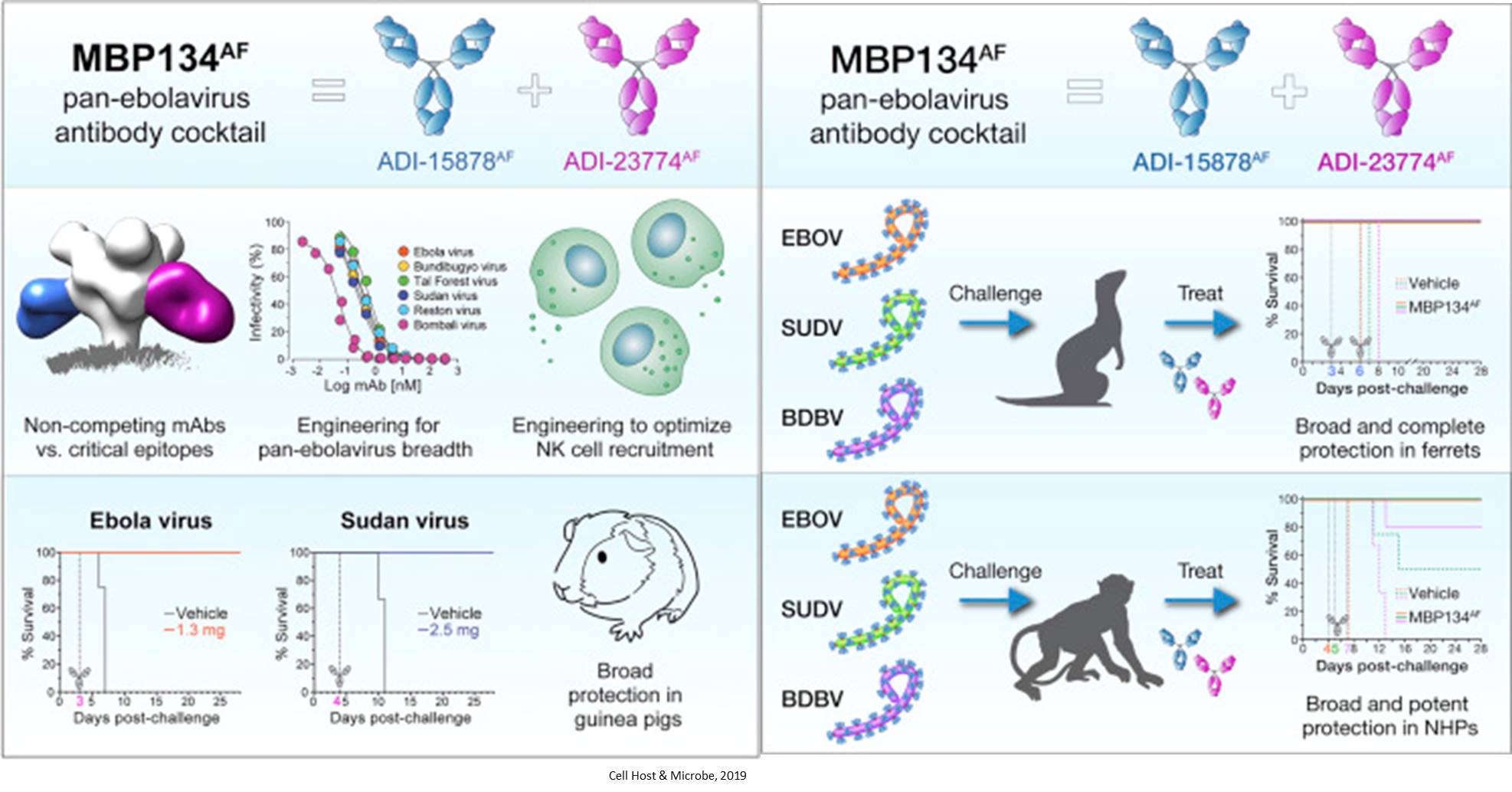 There is a new medication that in one dose successfully protected nonhuman primates against a lethal infection of all strains of the deadly Ebola virus. The findings are published in Cell Host & Microbe.

The senior author said that previous therapeutics typically were of the "one bug, one drug" variety. But because of the unpredictable nature and variety of the Ebola virus, scientists have been seeking a way to protect against different strains of the virus.

"Our experimental drug can protect against all forms of Ebola known to harm people, suggesting that it will continue to protect people if the Ebola viruses evolve over time," said the senior author.

The team of scientists demonstrated that a two-antibody cocktail called MBP134 could fully protect nonhuman primates and ferrets against lethal Ebola virus infections of caused by the Bundibugyo and Sudan strain as well as the deadliest Zaire strain that caused the 2013-16 epidemic in West Africa and the current outbreak in the Democratic Republic of Congo.

"We were able to protect the nonhuman primates against all the Ebola species plaguing people at a single low dose," said the president of Mapp Biopharmaceutical Inc. "Further studies exploring even lower doses could open the door to treatment via auto-injectors like the kind used for allergic reactions. The ability to quickly and efficiently provide protection against all Ebola viruses in a single dose would reduce the burden on health care workers in the field during outbreaks, especially in regions that have a less-developed infrastructure."