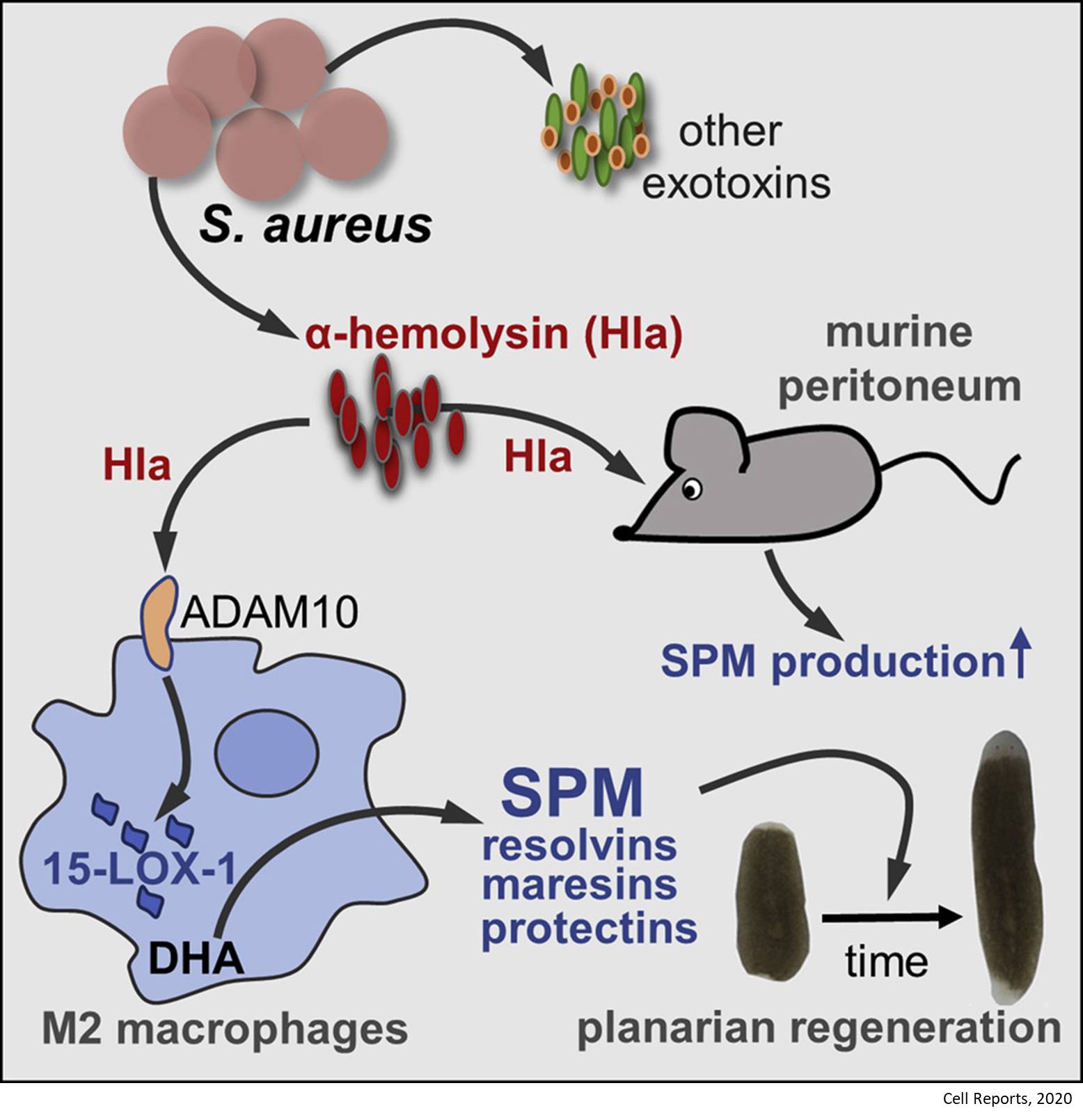 Normally they are among the many harmless organisms found in and on the human body: one in four people have millions of Staphylococcus aureus bacteria on their skin and on the mucous membranes of the upper respiratory tract, without being aware of it. In some cases, however, the harmless bacteria can turn into pathogens, which can lead to skin inflammation and lung infections, or - in the worst cases - sepsis. "This happens especially when the bacteria multiply too fast, for example when a person's immune system is weakened by an infection or injury," says the senior author.

The team have studied the molecular defence mechanisms of the human immune system in the fight against such Staphylococcus aureus infections and made a surprising discovery. As the research team reports in the current issue of the specialist journal "Cell Reports", the toxic cocktail with which Staphylococcus aureus damages cells and tissues also has positive effects: specific immune cells are stimulated by the bacterial toxin to produce specialised messenger substances that help to reduce inflammation and to promote tissue healing. The senior author expects this hitherto unknown mechanism to be significant for future treatments of skin inflammation and chronic wounds.

In their latest study, the researchers have studied in particular the bacterial toxin "α-Hemolysin" and examined its effect on M2 macrophages. M2 macrophages are immune cells which, in the later stages of an inflammatory reaction, ensure that bacteria that have been killed, and damaged cell components, are removed, and that the tissue regenerates. "They are therefore a kind of cellular waste disposal," says the lead author of the publication, describing the function of these cells.

The researchers showed that α-hemolysin binds to specific receptor proteins on the surface of M2 macrophages and thus triggers the production of anti-inflammatory messenger substances in the cells, which then cause the inflammation to resolve. In the study, the scientists were also able to show that these transmitters promote tissue regeneration in an animal model. The anti-inflammatory messenger substances include resolvins, maresins and protectins that are formed from omega-3 fatty acids.