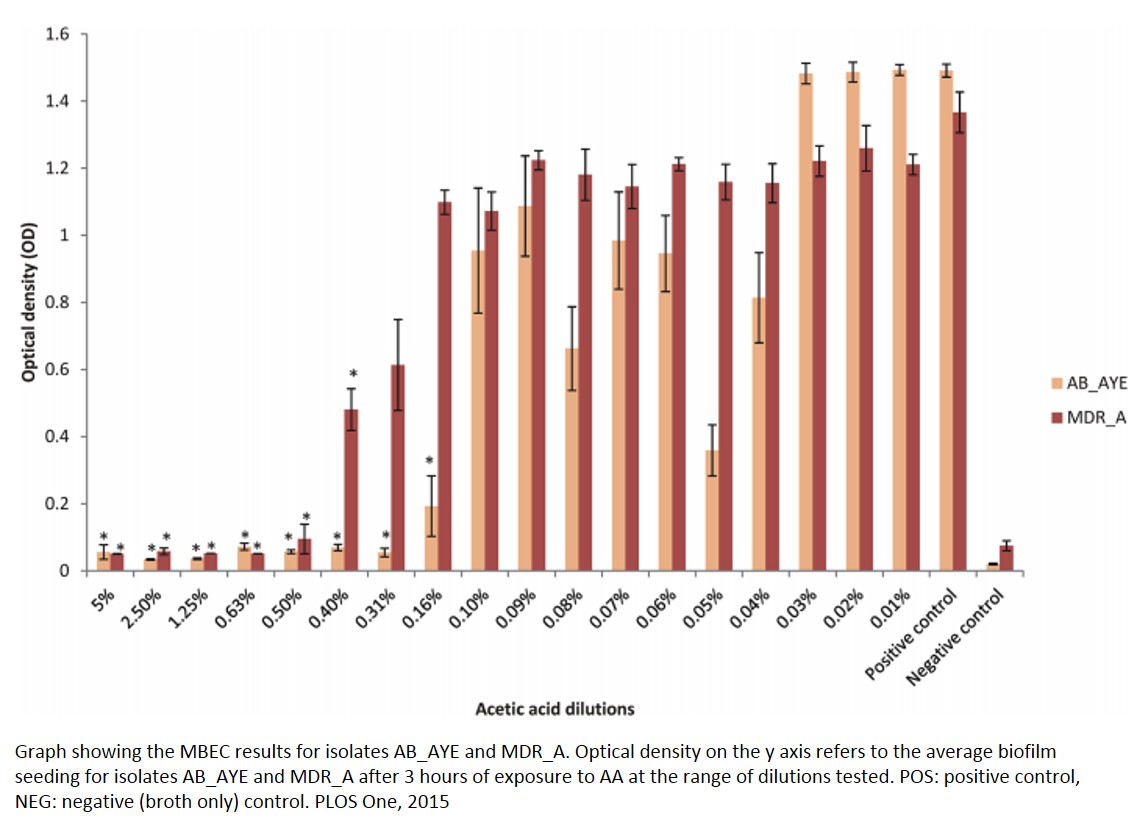 Burns are a common traumatic injury and prone to becoming infected due to loss of a normal skin barrier. Local infection of the burn wound and subsequent sepsis (blood poisoning) are key concerns for patients, with sepsis the leading cause of death among patients with burn wounds.

Infections of burn wounds are difficult to treat with traditional antibiotics as they do not effectively reach the wound, and the infecting organisms are often highly antibiotic resistant.

The study, published in PLOS ONE, demonstrated that low concentrations of acetic acid can be used to treat biofilms, and therefore could be used as alternatives to topical (surface applied) antimicrobials and traditional antimicrobial dressings for preventing bacterial colonisation of burns.

The current use of acetic acid in clinical settings has been limited due to concerns of patient tolerability. The ability of highly diluted acetic acid to inhibit growth of pathogens, prevent the formation of biofilms, and then eradicate pre-formed biofilms was tested on wound-infecting pathogens isolate in the lab.

Is white or whole wheat bread 'healthier?' Depends on the person