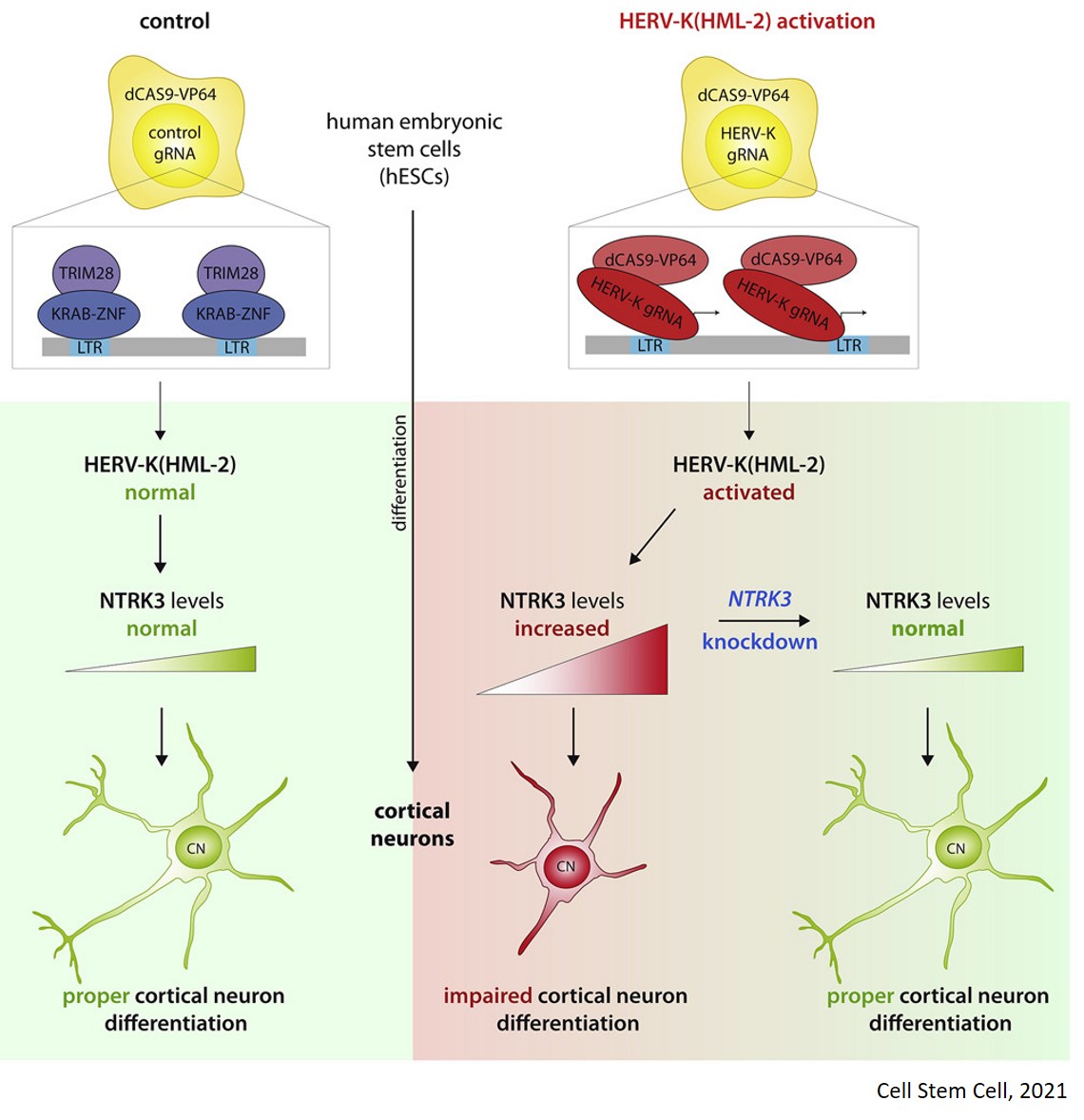 Since our ancestors infected themselves with retroviruses millions of years ago, we have carried elements of these viruses in our genes - known as human endogenous retroviruses, or HERVs for short. These viral elements have lost their ability to replicate and infect during evolution, but are an integral part of our genetic makeup. In fact, humans possess five times more HERVs in non-coding parts than coding genes. So far, strong focus has been devoted to the correlation of HERVs and the onset or progression of diseases. This is why HERV expression has been studied in samples of pathological origin. Although important, these studies do not provide conclusions about whether HERVs are the cause or the consequence of such disease.

Today, new technologies enable scientists to receive a deeper insight into the mechanisms of HERVs and their function. The researchers now succeeded for the first time in demonstrating the negative effects of HERV activation on human brain development.

Since neurodegenerative diseases are often associated with the activation of several HERV groups, the negative impact of HERV activation on cortical neuron development is an essential finding. It is already known that environmental factors such as viruses, bacteria, and UV light can activate distinct HERVs, thereby potentially contributing to disease onset. This knowledge, in turn, makes HERVs even more interesting for clinical application. Switching off distinct viral elements could open up a new field of research for the treatment of patients with neurodegenerative diseases. In a next step, the group will study the impact of HERV deactivation in neurons in the context of disease.

In addition, the research findings provide important indications that epigenetic mechanisms keep viral elements under control in healthy brain development. The authors even suspect a functional role for the controlled HERVs in normal brain development. "We have carried these elements for about 40 to 70 million years. We assume that their presence is relevant to our natural processes, otherwise we would not have retained them for so long during evolution," the author says. Further basic research in this direction might reveal new functional roles for HERVs.