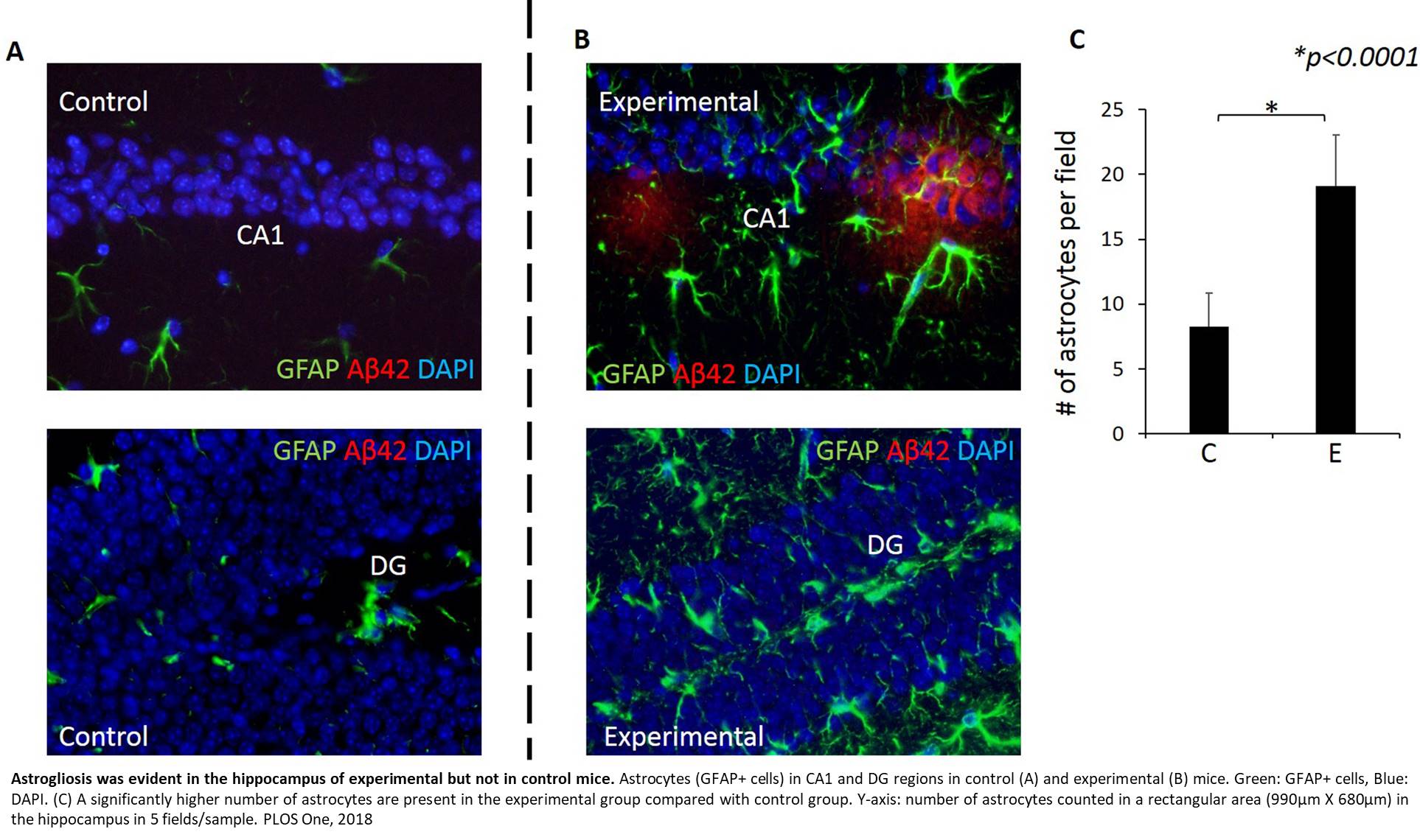 Long-term exposure to periodontal disease bacteria causes inflammation and degeneration of brain neurons in mice that is similar to the effects of Alzheimer's disease in humans, according to a new study.

The findings, which are published in PLOS ONE, suggest that periodontal disease, a common but preventable gum infection, may be an initiator of Alzheimer's, which currently has no treatment or cure.

"Other studies have demonstrated a close association between periodontitis and cognitive impairment, but this is the first study to show that exposure to the periodontal bacteria results in the formation of senile plaques that accelerate the development of neuropathology found in Alzheimer's patients," said the corresponding author on the study.

"This was a big surprise," the senior author said. "We did not expect that the periodontal pathogen would have this much influence on the brain, or that the effects would so thoroughly resemble Alzheimer's disease."

To study the impact of the bacteria on brain health, the researchers established chronic periodontitis, which is characterized by soft tissue damage and bone loss in the oral cavity, in 10 wild-type mice. Another 10 mice served as the control group. After 22 weeks of repeated oral application of the bacteria to the study group, the researchers studied the brain tissue of the mice and compared brain health.

The researchers found that the mice chronically exposed to the bacteria had significantly higher amounts of accumulated amyloid beta—a senile plaque found in the brain tissue of Alzheimer's patients. The study group also had more brain inflammation and fewer intact neurons due to degeneration.

These findings were further supported by amyloid beta protein analysis, and RNA analysis that showed greater expression of genes associated with inflammation and degeneration in the study group. DNA from the periodontal bacteria was also found in the brain tissue of mice in the study group, and a bacterial protein was observed inside their neurons.

"Our data not only demonstrate the movement of bacteria from the mouth to the brain, but also that chronic infection leads to neural effects similar to Alzheimer's," senior author said.

The researchers say these findings are powerful in part because they used a wild-type mouse model; most model systems used to study Alzheimer's rely on transgenic mice, which have been genetically altered to more strongly express genes associated with the senile plaque and enable Alzheimer's development.

"Using a wild-type mouse model added strength to our study because these mice were not primed to develop the disease, and use of this model gives additional weight to our findings that periodontal bacteria may kick-start the development of the Alzheimer's," the corresponding author said.

The researchers say that understanding causality and risk factors for the development of Alzheimer's is critical to the development of treatments, particularly when it comes to sporadic, or late-onset disease, which constitutes more than 95 percent of cases and has largely unknown causes and mechanisms.

While the findings are significant for the scientific community, the senior author said there are lessons for everyone.

"Oral hygiene is an important predictor of disease, including diseases that happen outside the mouth,"author said. "People can do so much for their personal health by taking oral health seriously."