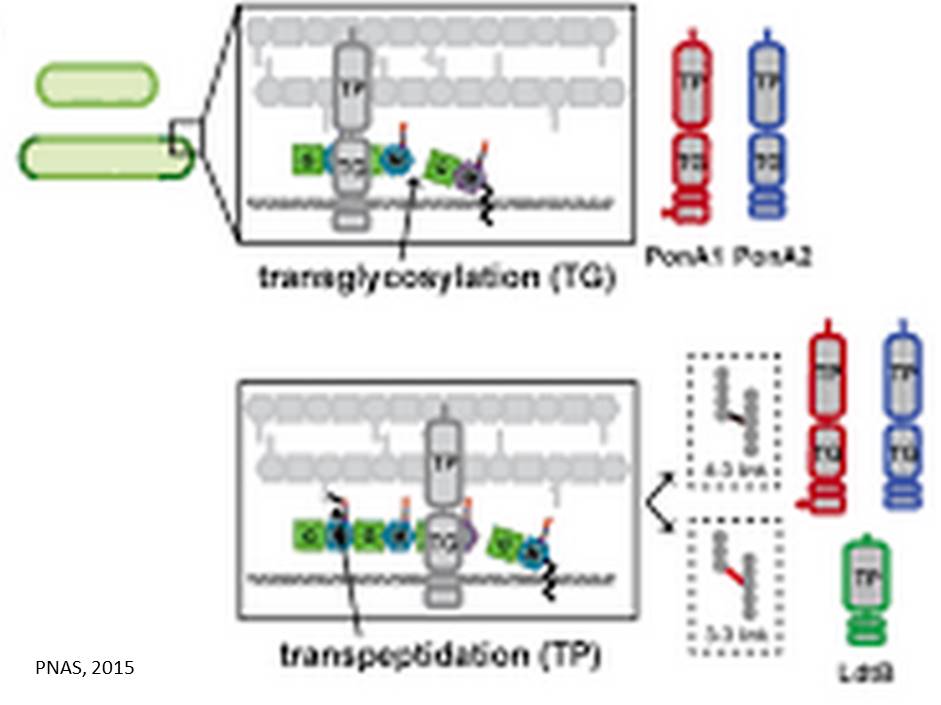 Tuberculosis is a leading cause of death worldwide, in part because the bacterium responsible for the disease, Mycobacterium tuberculosis (Mtb), is resistant to many commonly used antibiotics.

Many such antibiotics inhibit the synthesis of a molecule called peptidoglycan, an essential component of the bacterial cell wall. However, the molecular networks involved in peptidoglycan synthesis in Mtb are poorly understood.

Researchers used high-throughput sequencing and transposon mutagenesis screens to assess the impact of genome-wide mutations on the growth of Mtb strains lacking enzymes called PonA1, PonA2, or LdtB, which play a major role in peptidoglycan synthesis.

The authors found that either PonA1 or PonA2 was required for cell growth, but PonA1, PonA2, and LdtB interacted with largely distinct networks of enzymes to support peptidoglycan synthesis.

Together, the findings reveal that Mtb uses distinct cell wall synthesis pathways that may contribute in different ways to antibiotic resistance. According to the authors, different antibiotics could potentially synergize with each other to produce strong effects against drug-resistant Mtb strains.