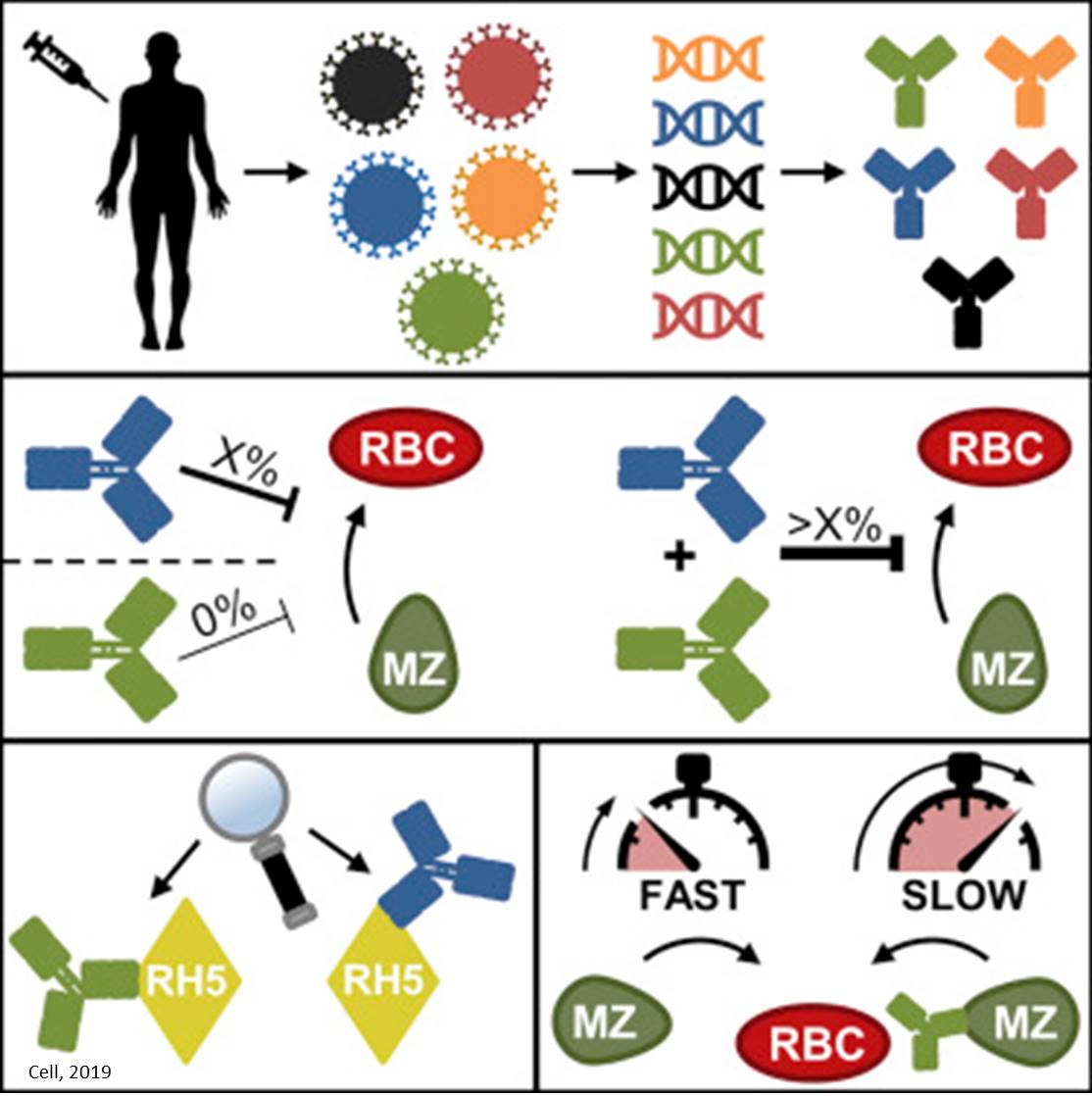 Researchers have identified the human antibodies that prevent the malaria parasite from entering blood cells, which may be key to creating a highly effective malaria vaccination. The results of the study were published in the journal Cell.

"Following an infectious mosquito bite, the malaria parasite goes first to the human liver, and then moves into the blood. Here it replicates ten-fold every 48 hours inside red blood cells - it is this blood-stage of the infection that leads to illness and can be fatal," explains study author. "The malaria parasite has a protein called RH5, which must bind to a human protein on red blood cells called basigin in order to infect them. In this study, we were able to demonstrate which human antibodies effectively block RH5 from binding with basigin, thus preventing the parasite from spreading through the blood."

The study was done as part of a clinical trial in Oxford of the first vaccine that targets the RH5 malaria protein. Until now, however, it was not clearly understood which specific antibodies could be generated by vaccination of a human volunteer and would effectively prevent RH5 from binding to red blood cells. "When someone is vaccinated, they make many different types of antibodies against the same RH5 target," explains co-author. "This study is key to understanding which specific antibodies are actually effective against malaria, and which are not."

Another key finding of the study is the identification of an exciting new antibody, which works by slowing down the speed in which RH5 binds to red blood cells. "The parasite can still invade, but this antibody slows down the invasion," says study co-author. They also identified the epitope of a novel group of non-neutralizing antibodies that significantly reduce the speed of red blood cell invasion by the merozoite, thereby potentiating the effect of all neutralizing PfRH5 antibodies as well as synergizing with antibodies targeting other malaria invasion proteins.  "This gives the antibodies that do block RH5 more time to act, helping them become more effective. This is an exciting finding because it shows that antibodies which do not prevent the parasite from getting into red blood cells might still be useful, by making the protective antibodies more potent."

Authors also identified a subset of mAbs with neutralizing activity that bind to three distinct sites and another subset of mAbs that are non-functional, or even antagonistic to neutralizing antibodies.
There remains an urgent need to develop an effective malaria vaccine. Despite the increasing use of bed nets, insecticides and drugs in malaria-endemic regions, malaria still kills approximately 430,000 people each year. Scientists have yet been unsuccessful at creating a vaccine that works against the malaria parasite in the blood. The current vaccine based on RH5 has so far shown real promise, and continues to be trialled in the UK and Africa.

Mechanism for spread of antibiotic resistance among bacteria

Skin Microbiota Are Associated with Hypertension in Rats