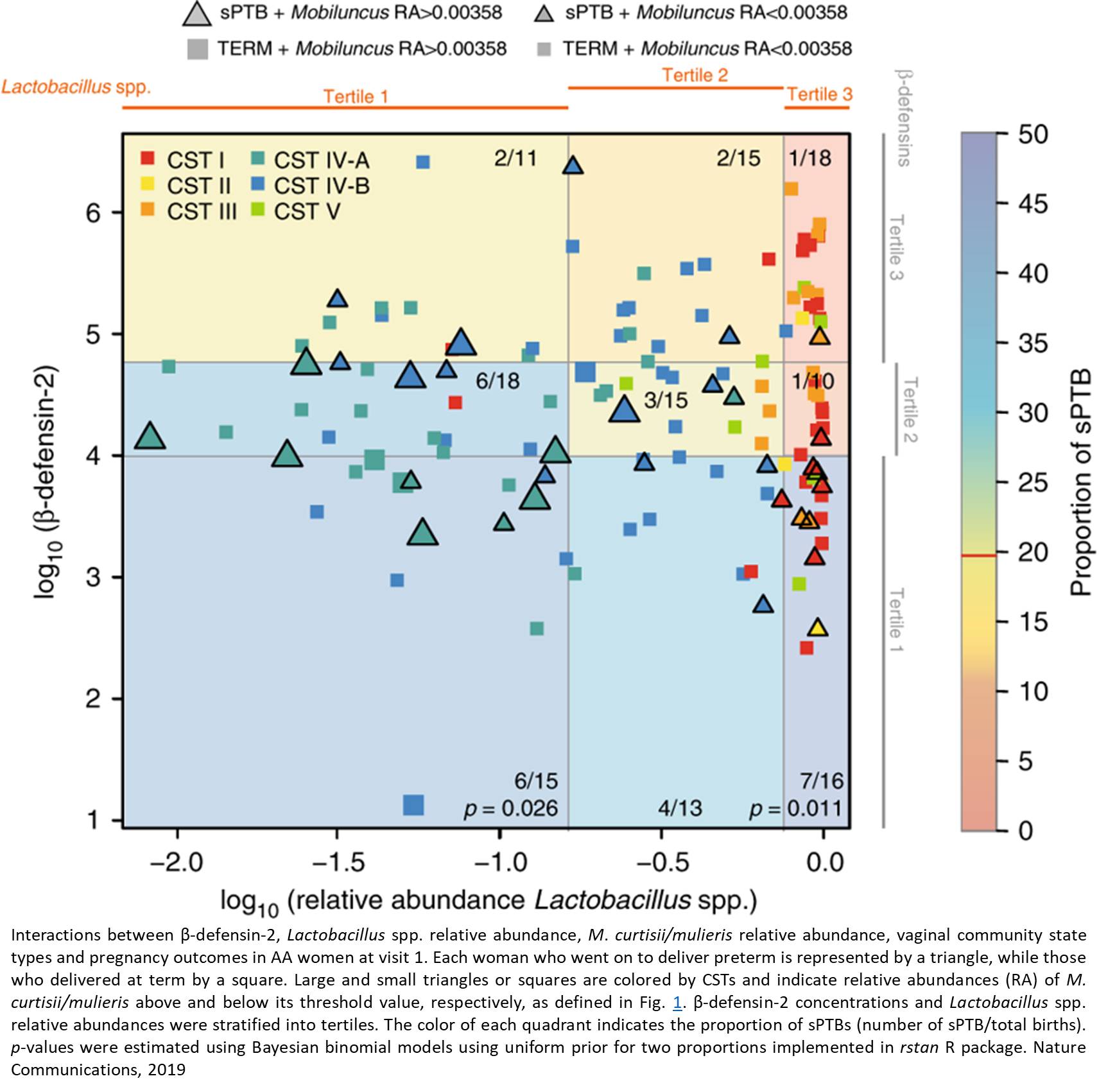 Seven types of bacteria and certain immune factors in a woman's vagina and cervix may be responsible for increasing the risk of spontaneous preterm birth (sPTB) or protect against it, according to a new study. Results of the study provide groundbreaking information that the authors suggest could help physicians better predict preterm birth, especially for African-American women early in pregnancy. The study, published in Nature Communications, will allow for the development of new research targeting "bad" bacteria or increasing "protective" bacteria.

"The results of this study give us a break we've been working toward for many years. Previous research suggested that the cervical vaginal microbiome is different in women who experience preterm birth but those studies had small numbers of women and were not conclusive. With this large cohort, for the first time, we're actually able to show the 'specific microbial signatures' that are involved in preterm birth," said lead author and principal investigator of this study.

Spontaneous preterm birth (sPTB), defined as birth before 37 weeks of gestation, and its complications, are the largest contributors to infant death in the United States and worldwide. Babies who survive an early birth often face serious, costly and lifelong health problems, including breathing problems, vision loss, cerebral palsy and intellectual delays. The economic burden of preterm birth is staggering, with an estimated cost of $26 billion per year in the United States alone. A failure to predict and understand the causes of preterm birth has limited the development of effective interventions and therapies.

The findings hold promise for the development of diagnostics to accurately identify women at risk for sPTB early in pregnancy. Importantly, this study provides new insights into causes for the significant racial disparity observed in preterm births. Therapeutic strategies could include immune modulators and microbiome-based therapeutics to reduce this significant health effect.