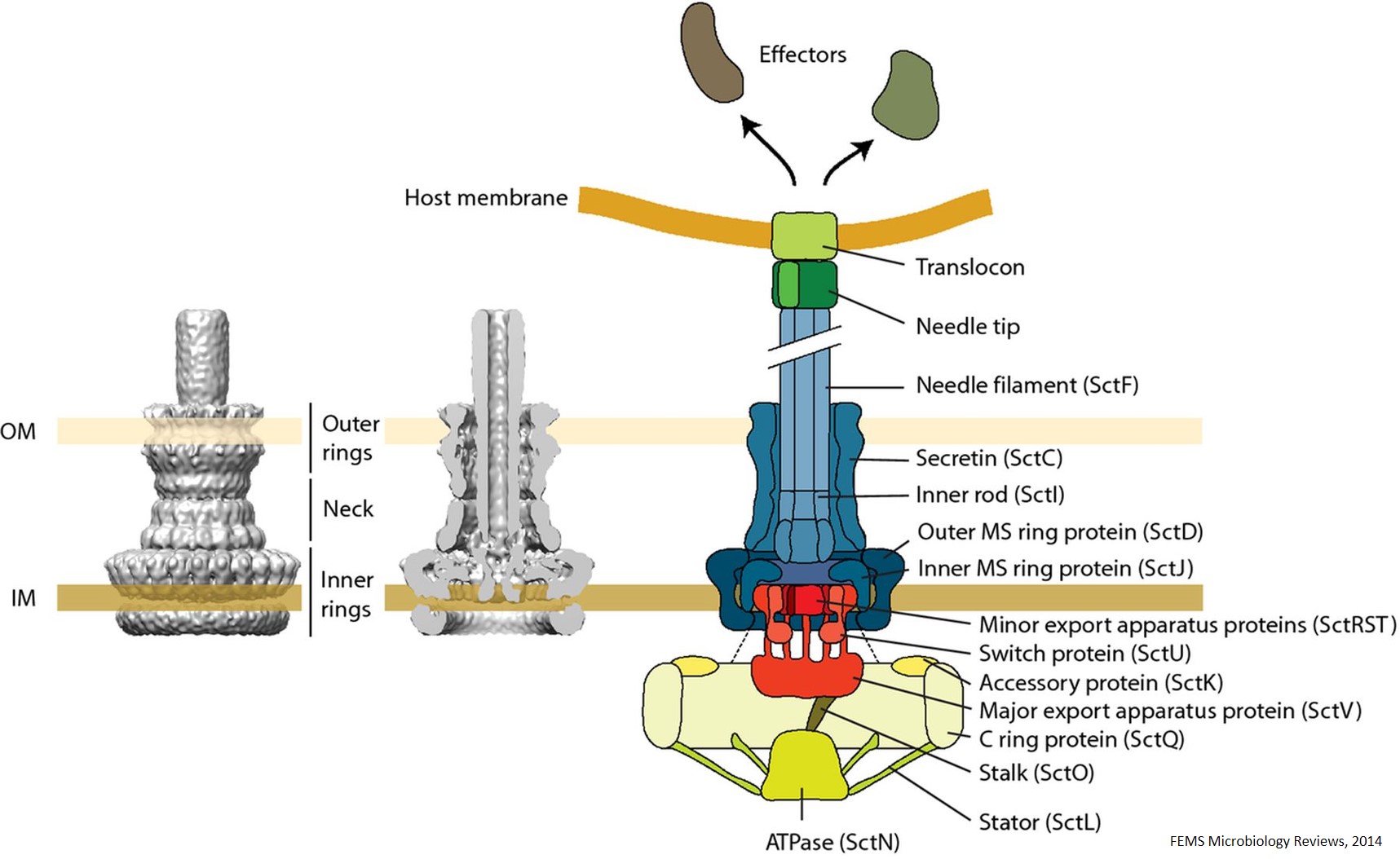 Among these germs, which sicken an estimated 2-billion people each year with severe diarrhea, are salmonella, shigella and E. coli. Increasing numbers of strains have become resistant to antibiotics, making their diseases more challenging to treat.

These bacteria often take up residence inside cells lining the intestine, but they employ different methods of doing so. "Until now, it wasn't known how these pathogens decide to remain trapped inside a chamber-like vacuole or to move freely in the cellular fluid," said the author.

That mechanism is a miniscule protein tip of a needle-like structure docked on the bacterial surface. Coined the "type III secretion system" (T3SA ) in 1993, the device injects bacterial proteins through a tiny hole made in the intestinal cell membrane, tricking the host cell to engulf the bacteria.

But the researchers uncovered something more -- that the business end of the syringe device serves a critical role in directing bacterial traffic, thus controlling whether the bacteria become "chronic dwellers" inside the membrane-bound vacuole or break out into the cell fluid. Their destiny determines whether the bacteria go on to kill the host cell, are excreted from the body or travel through the bloodstream to other sites.

Remarkably, researchers pinpointed the protein tip as a type of traffic warden after they replaced it with a protein tip from salmonella's cousin, shigella, another highly contagious bacterium that causes severe diarrhea.

"By removing the tip and replacing it with one from shigella, the salmonella didn't dwell inside the vacuoles. They moved out to the host cell contents, like shigella does," said the author.

Meaning that, the traffic cop had issued a new order -- to leave town. Although protein components of the T3SA share a moderate degree of structural and functional conservation across bacterial species, authors show that vacuole lysis is not a common feature of T3SA, as an effectorless strain of Yersinia remains confined to phagosomes. Additionally, by exploiting the functional interchangeability of the translocator components of the T3SA of Shigella,Salmonella, and Chromobacterium, they demonstrate that a single protein component of the T3SA translocon—Shigella IpaC, Salmonella SipC, or Chromobacterium CipC—determines the fate of intracellular pathogens within both epithelial cells and macrophages.

It's possible that this new-found knowledge could be used to develop novel approaches to prevent salmonella and other infections triggered by the type III secretion system, including black plague and certain pneumonia types, said the author.

Autism genes are in all of us, new research reveals