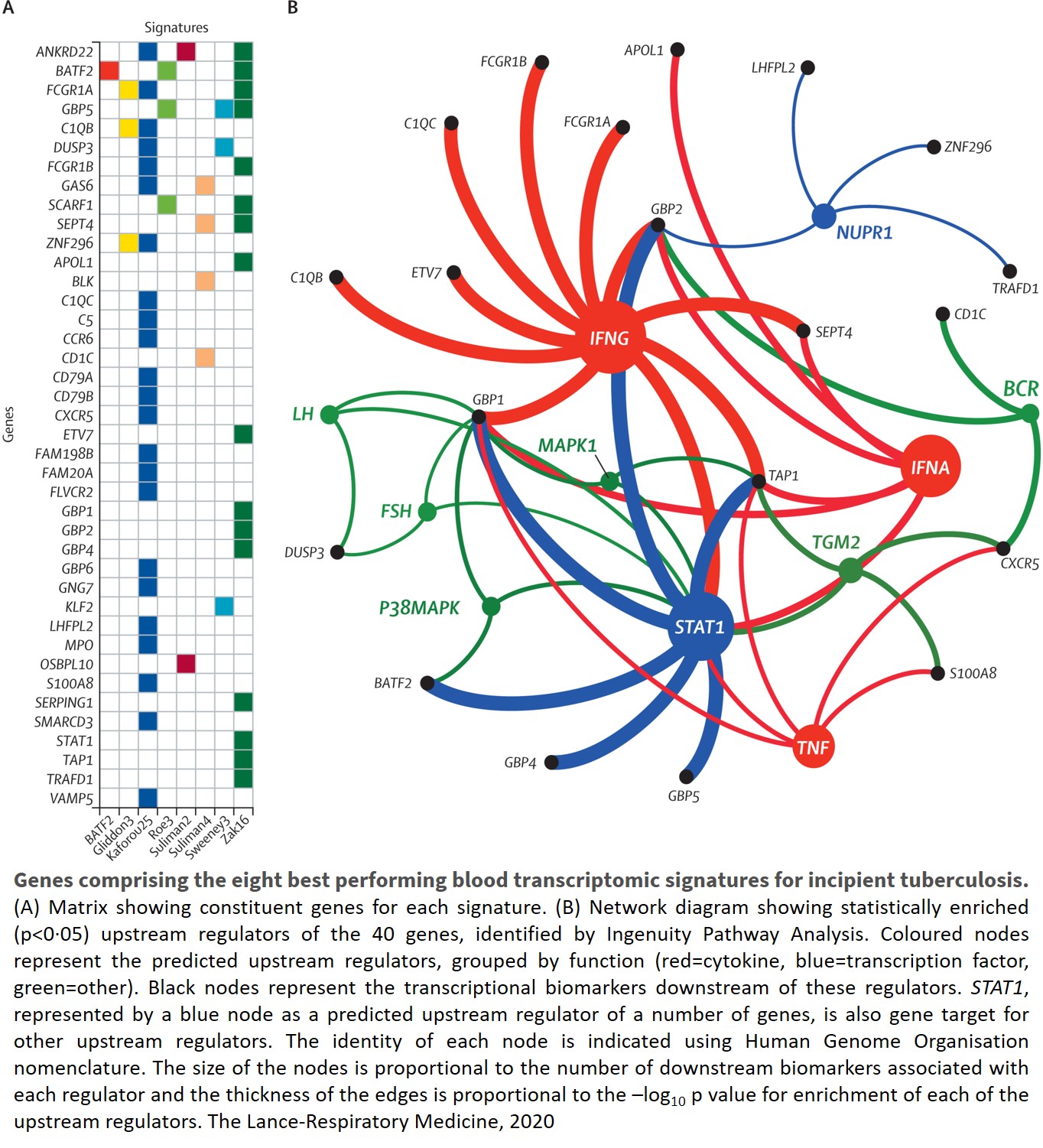 Scientists have shown a blood test could predict the onset of tuberculosis three to six months before people become unwell, a finding which could help better target antibiotics and save countless lives.

In the study, published in The Lancet Respiratory Medicine, researchers sought to identify which, if any, gene expression signatures in blood could be used to predict the disease at a very early stage and before symptoms arise.

Gene expression signatures are single or combined measurements of levels of specific gene products and are being tested in a range of diseases to aid diagnosis, prognosis or prediction of the response to treatment. Some are already being used to support the management of cancers, but none have reached the clinic in infectious diseases, such as tuberculosis (TB).

For this study, researchers initially conducted a systematic review of published gene signatures found to be present in blood samples from people with TB, compared to healthy individuals.

From this, 17 candidate gene expression signatures for TB were identified, and tested in more than 1,100 blood samples in published data sets from South Africa, Ethiopia, The Gambia, and the UK. Scientists analysed samples from people who had no TB symptoms at the time they gave blood. Those people were then followed up to identify which participants developed TB in the subsequent months.

Researchers found that eight signatures (comprising 1–25 transcripts) that predominantly reflect interferon and tumour necrosis factor-inducible gene expression, had equivalent diagnostic accuracy for incipient tuberculosis over a 2-year period with areas under the receiver operating characteristic curves ranging from 0·70 (95% CI 0·64–0·76) to 0·77 (0·71–0·82). The sensitivity of all eight signatures declined with increasing disease-free time interval.

Lead author said: "The emergence of gene expression signature tests, which can aid diagnosis and early treatment, provides real hope for the management of infectious diseases. In this study we identify multiple signatures to identify the onset of tuberculosis, which is extremely encouraging, potentially providing multiple targets for early detection.

"Further development of these tests could help identify people who will benefit most from preventative antibiotic treatment, in order to reduce the occurrence of tuberculosis - a disease which causes the greatest number of deaths worldwide due to any single infection. The availability of multiple signatures will help to broaden access to these tests."

Corresponding author said: "About one-quarter of the world's population is thought to have been infected with the bacteria that cause TB. The majority of these individuals remain well and cannot transmit the disease.

"However, we currently do not know which people are most likely to develop TB disease after being infected. If we can identify these individuals, we can treat their infection more easily and prevent it from spreading to others.

"Our findings establish the gene signatures in blood which show most promise for identifying people who are at risk of disease. Future development of a blood test based on these findings could make an important contribution to efforts to reduce the impact and spread of this deadly infection."