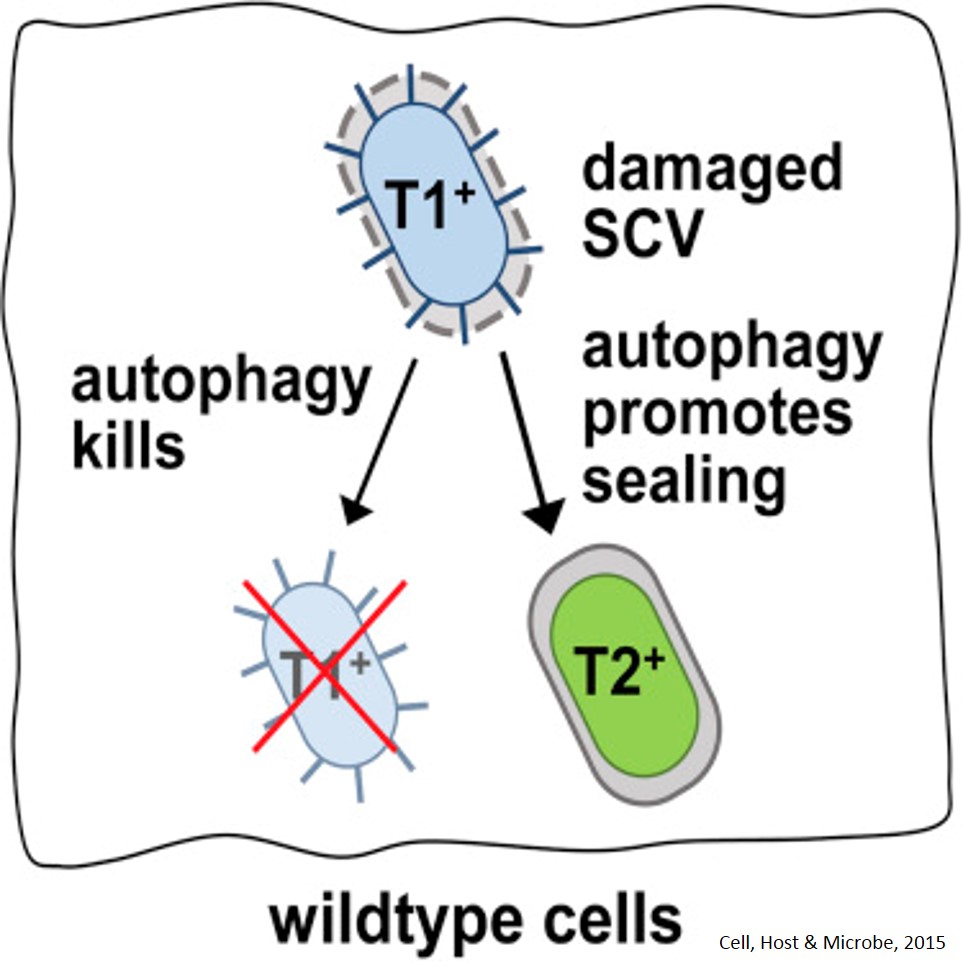 T1 triggers epithelium invasion in which the bacteria are taken up into endosomes that mature into Salmonella-containing vacuoles (SCV) and trigger T2 induction upon acidification. Mechanisms controlling endosome membrane integrity or pathogen egress into the cytosol are incompletely understood.

S.Tm-infected autophagy-deficient (atg5−/−) cells exhibit reduced SCV dye retention and lower T2 expression but no effects on steps preceding SCV maturation. However, in the absence of T1, autophagy is dispensable for T2 induction.

These findings establish a role of autophagy at early stages of S.Tm infection and suggest that autophagy-mediated membrane repair might be generally important for invasive pathogens and endosomal membrane function.