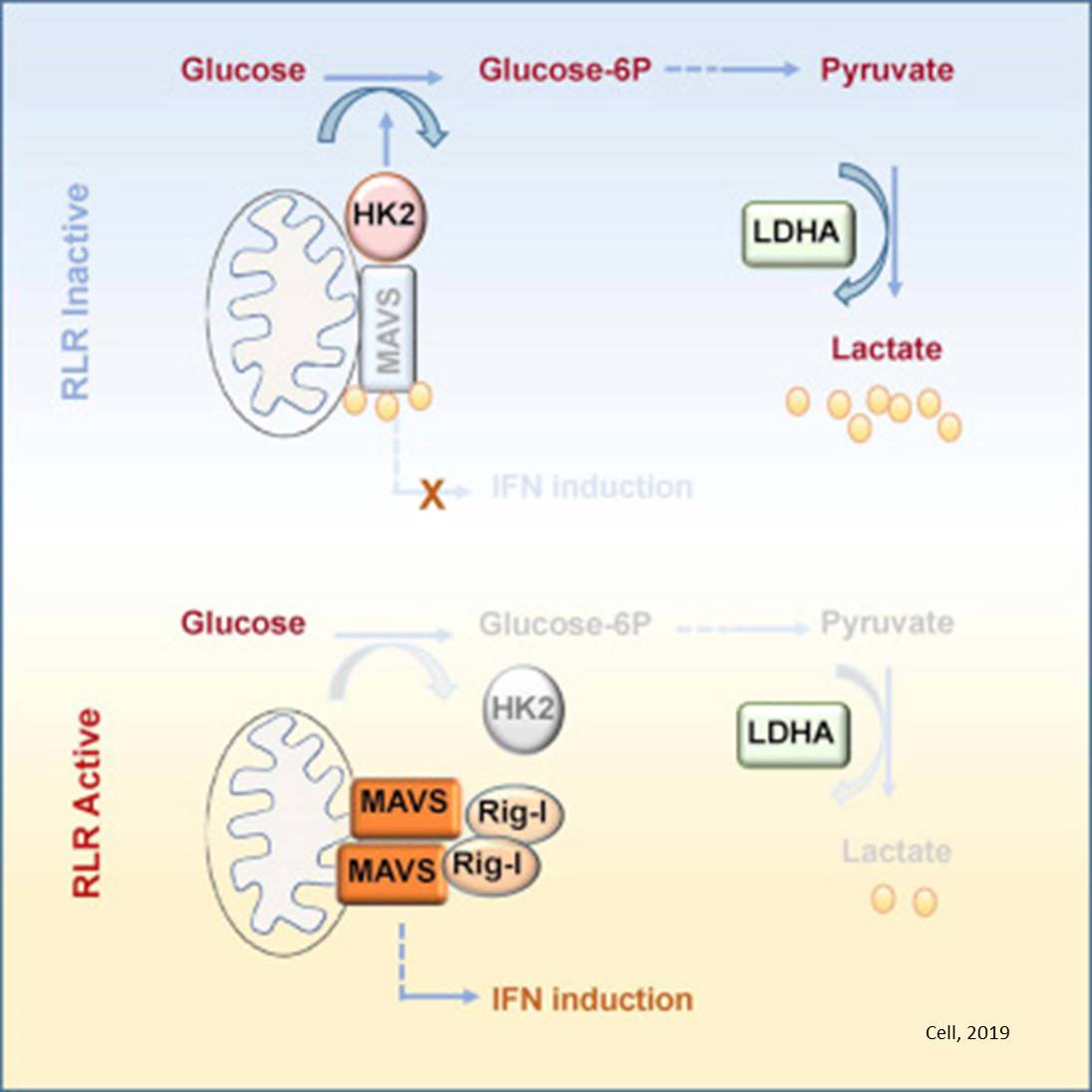 A potential therapeutic strategy to treat viral infection and boost immunity against cancer is reported in the in the journal Cell.  The research found that boosting the body's production of type 1 interferon helped clear viral infection and increased immunity against cancer by identifying a sensor involved in suppressing interferon production in an animal model.

Interferons are a group of signaling proteins made and released by host cells in response to the presence of several viruses. In a typical scenario, a virus-infected cell will release interferons causing nearby cells to heighten their anti-viral defenses.

Interferons also help the immune system fight cancer and may slow the growth of cancer cells.

In the study, the team discovered that RIG-I-like receptors (RLR) mediated interferon (IFN) production, which played a pivotal role in elevating host immunity for viral clearance and cancer immune surveillance. They reported that glycolysis, the first step in breaking down glucose to extract energy for cellular metabolism, was inactivated during RLR activity. That inactivation served as the key to turn on type I IFN production. Authors show that RLR-triggered MAVS-RIG-I recognition hijacks hexokinase binding to MAVS, leading to the impairment of hexokinase mitochondria localization and activation.

Using pharmacological and genetic approaches, the scientists showed that lactate reduction by lactate dehydrogenase A (LDHA) inactivation heightened type I IFN production to protect from viral infection in mice.

Type I interferons (IFNs), produced by almost all type of cells, played a vital role in host defense against viral infection and cancer immunosurveillance, the senior author said.

The team plans to conduct additional studies in other animal models in preparation for potential clinical trials.