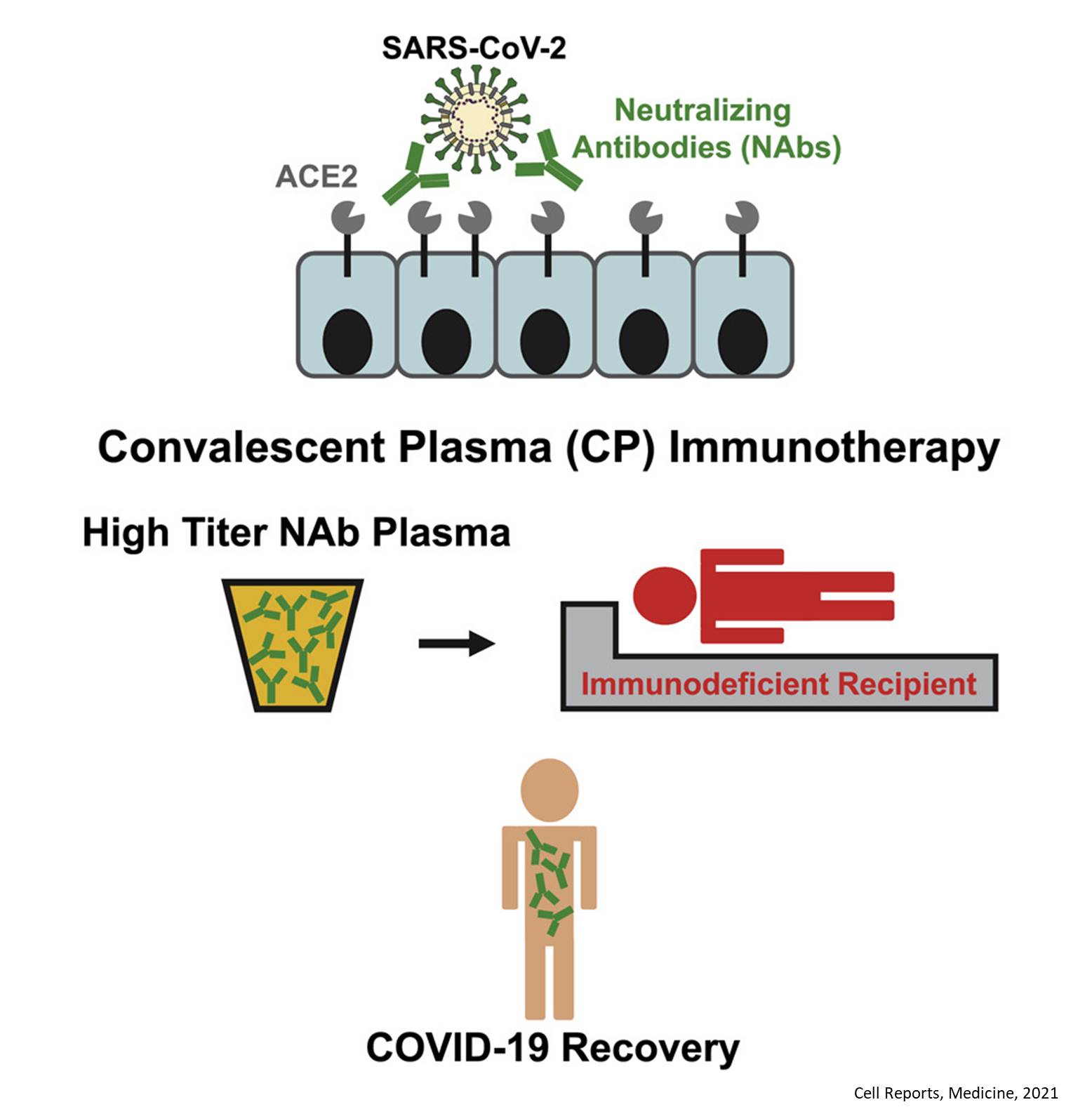 A 72-year-old woman was hospitalized with severe COVID-19 disease, 33 days after the onset of symptoms. She was suffering a prolonged deteriorating illness, with severe pneumonia and a high risk of death, and she was unable to mount her own immune defense against the SARS-CoV-2 virus because of chronic lymphocytic leukemia, which compromises normal immunoglobulin production.

But when physicians recommended a single intravenous infusion of convalescent blood plasma from her son-in-law -- who had recovered from COVID-19 disease -- a remarkable, beneficial change followed. Her physician says she showed prompt and profound improvement within 48 hours.

Her 104-degree F fever rapidly dropped. In three days, the virus was no longer detectable in her respiratory swabs. And four days after the infusion, she was discharged from the hospital.

However, this single case appears to be an outlier. In their study, reported in Cell Reports Medicine, researchers show that the woman's recovery was due to an extremely high virus-neutralizing titer in the son-in-law's donated plasma that she received. They found that this titer was higher than titers they measured in 64 other remnant convalescent plasmas collected by two blood banks.

Only 37 percent of the convalescent plasmas from the first blood bank had neutralizing antibody titers above 250, the lower cut-off value allowed by the Food and Drug Administration's emergency use authorization for convalescent plasma, which allows an unapproved medical product to be used in an emergency to treat life-threatening disease. In the plasmas from the second blood bank, only 47 percent exceeded the neutralizing antibody titer cut-off of 250. Thus, many of these plasmas were inadequate for transfusion.

The researchers also analyzed plasma titers in 17 other patients besides the 72-year-old woman, both before and after they were given convalescent plasma for treatment of COVID-19. Before infusion of plasma, 53 percent of these patients already had neutralizing antibody values greater than 250, and seven of the patients had titers greater than 3,000.

In contrast, the infusion of 218 milliliters of the son-in-law's convalescent plasma into the index COVID-19 patient, an amount equal to about one cup, resulted in an obvious rise in her neutralizing antibody titers that persisted four days after infusion.