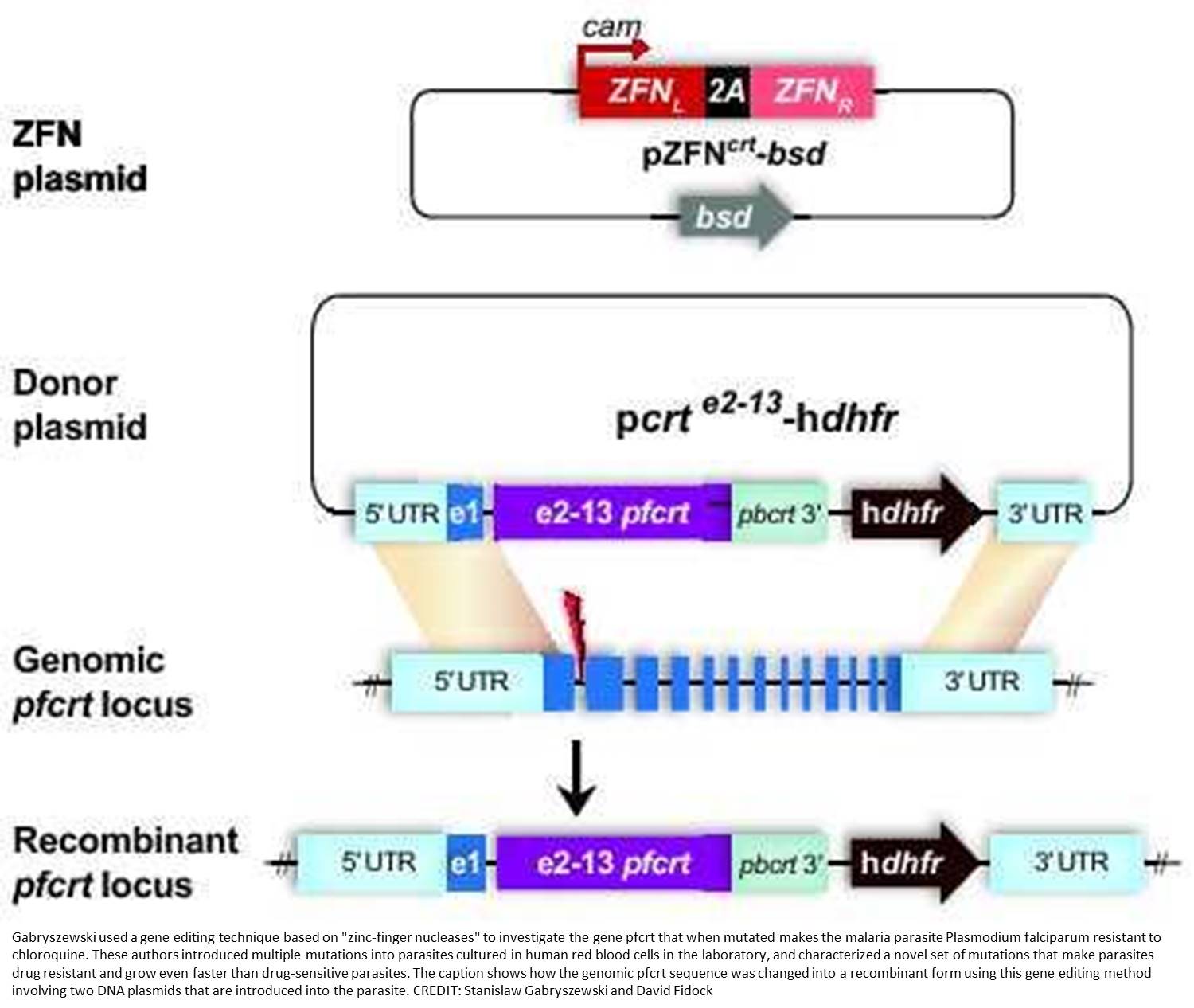 Some mutations that enable drug resistance in the malaria-causing parasite Plasmodium falciparum may also help it grow, according to a new study published in PLOS Pathogens.

However, in a previous study, researchers discovered that a uniquely mutated version of the P. falciparum gene known as pfcrt provides drug resistance while avoiding the detrimental impact of growth seen with more widely distributed mutated pfcrt variants.

In the new study, the team investigated this version, or allele, of the pfcrt gene, which is called Cam734 and has been found in certain regions in Southeast Asia. Using DNA-modifying proteins called zinc-finger nucleases, they characterized the individual mutations unique to Cam734 in terms of their effects on drug resistance, metabolism, and growth rates in living parasites.

The researchers found that a mutation called A144F is required for the chloroquine resistance enabled by Cam734 and that this mutation also contributes to resistance to first-line drugs amodiaquine and quinine. Additional mutations were identified that contributed to resistance to chloroquine and impacted the potency of other antimalarials. When the scientists reversed these mutations in living parasites that had the Cam734 allele, growth slowed, indicating that these mutations also enhance infection.

Additional experiments identified specific effects of Cam734 mutations on several metabolic pathways in P. falciparum, including the digestion of human hemoglobin that parasites use to obtain amino acids for protein synthesis.

They also found evidence that Cam734 helps to maintain an electrochemical gradient that allows the protein encoded by the pfcrt gene to thwart the cellular effects of chloroquine.