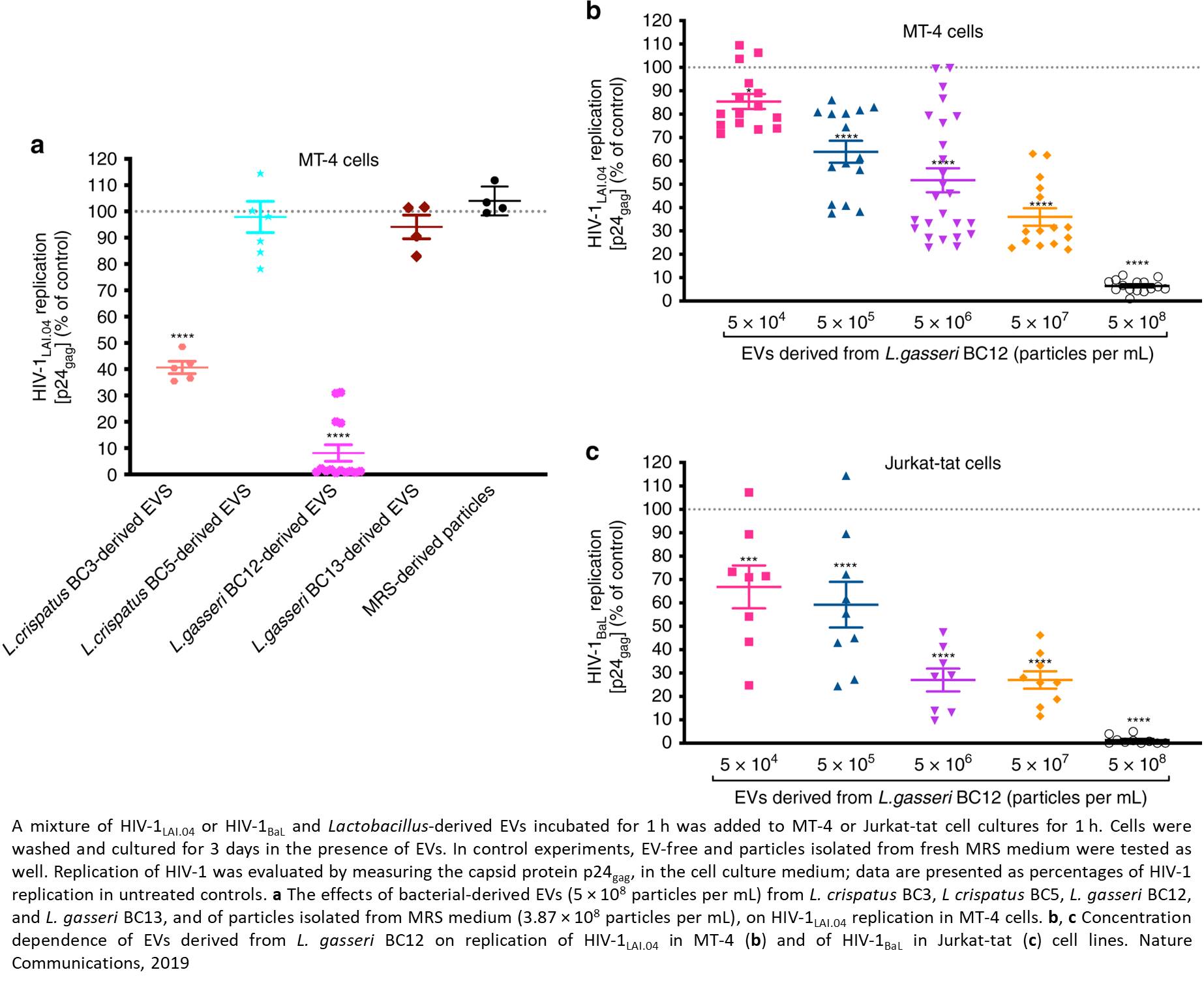 Nano-sized vesicles released by certain bacteria that inhabit the vagina may protect against HIV infection, suggests a study of human cells and tissues by researchers. Known as extracellular vesicles, these bubble-like particles are produced by many kinds of cells and are thought to transport molecules from one cell to another. The study appears in Nature Communications.

The researchers conducted a series of experiments showing that vesicles isolated from four strains of Lactobacillus bacteria interfere with the ability of HIV to infect cells. In one experiment, researchers added vesicles to cultures of immune cells known as T lymphocytes and infected the cultures with HIV. HIV infection in the treated cells was much lower than in the untreated cells. When the researchers increased the quantity of vesicles, a much smaller proportion of cells were infected.

Exposing the viruses to vesicles reduced the appearance of surface molecules on the virus' outer covering, which it needs to attach to cells.

Your brain reveals who your friends are