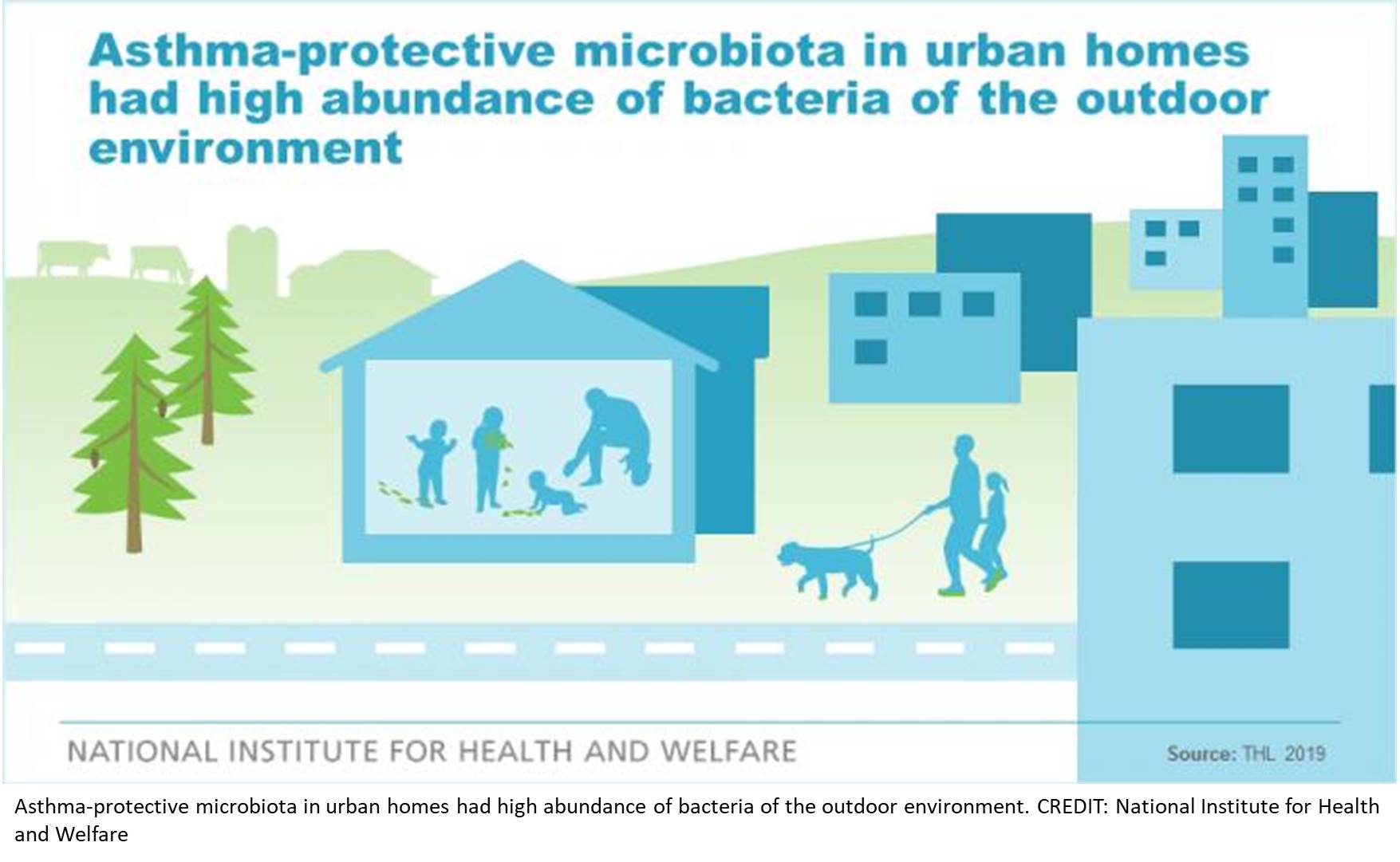 Earlier research has shown that growing up on a farm with animals may as much as half the risk of asthma and allergies. The protective effect is thought to be attributable to the diverse microbial exposures encountered on farms.

"We now discovered that the presence of farm-like microbiota in an early-life home seemed to protect from asthma also in urban homes. The effect was not based on the presence of large number of different microbial species but rather differences in the relative abundance of certain bacterial groups," says the Senior Researcher.

The study found that the microbiota in homes protecting from asthma contained a wealth of bacteria typical of the outdoor environment, including bacteria in soil. On the other hand, the proportion of microbes normally occurring in the human respiratory tract and associated with respiratory tract infections was small.

The protective microbiota had a low abundance of Streptococcaceae relative to outdoor-associated bacterial taxa. The protective effect was independent of richness and total bacterial load and was associated with reduced proinflammatory cytokine responses against bacterial cell wall components ex vivo.

The researchers were able to reproduce these findings in a study among rural German children2 and showed that children living in German non-farm homes with an indoor microbiota more similar to Finnish farm homes have decreased asthma risk.

"The key characteristic of microbiota in homes protecting from asthma appears to be large abundance of bacteria which originate from the outdoor environment and are beneficial or harmless to health, relative to bacteria that are a potential threat to health," the senior researcher comments.

In urban homes, factors that increased the farm-like features in the microbiota included wearing outdoor shoes indoors, the number of siblings and the age of the house; all factors that may increase transport of outdoor microbes into the home.

"It is interesting to see how clear of a protective effect indoor microbiota can have against the development of asthma. In contrast, it has been considerably more difficult to identify microbiota that would explain the detrimental effect of moisture damage on asthma," says another author.

According to the authors the indoor dust microbiota composition appears to be a definable, reproducible predictor of asthma risk and a potential modifiable target for asthma prevention.