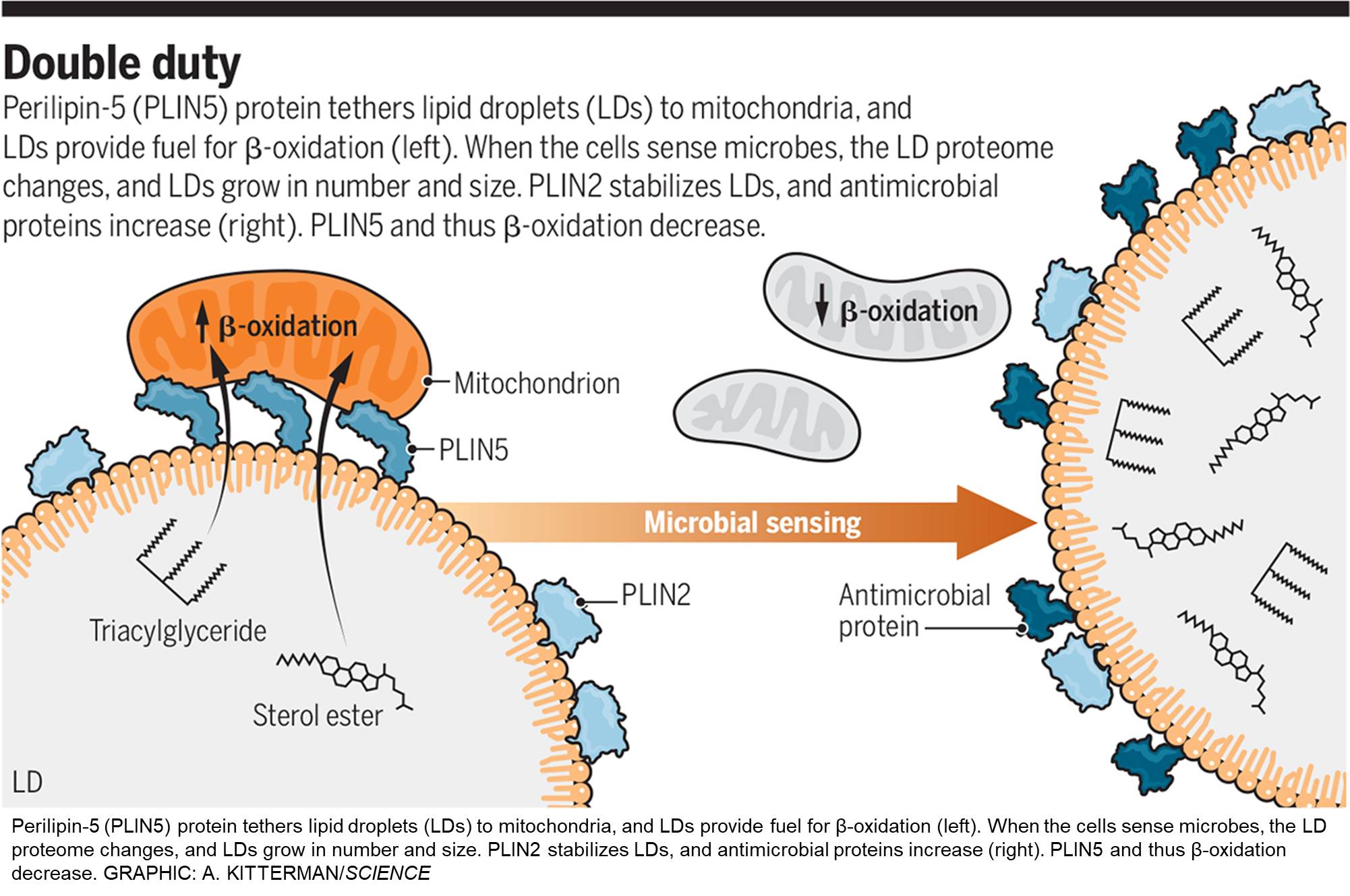 Droplets of fat inside our cells are helping the body's own defence system fight back against infection,  researchers have discovered.

The international collaboration team found that these fat droplets are both a food source and weapon against bacterial invaders.

"It was previously thought that bacteria were merely using the lipid droplets to feed on, but we have discovered these fatty droplets are involved in the battle between the pathogens and our cells," the senior author said.

"Fat is part of the cell's arsenal--cells manufacture toxic proteins, package them into the lipid droplets, then fire them at the intruders.

"This is a new way that cells are protecting themselves, using fats as a covert weapon, and giving us new insights into ways of fighting infection."

With antibiotic-resistant superbugs on the rise, researchers are determined to find alternative ways to fight infection.

One possibility is ramping up the body's natural defences.

"We showed that upon infection of white blood cells called macrophages, lipid droplets move to the part of the macrophage where the bacteria are present," the author said.

"Lipid droplets can be used as a fuel source for mitochondria when there aren't enough other nutrients," the author said.

"During an infection, lipid droplets move away from the mitochondria and attack the bacteria instead, altering metabolism of the cell."

"Most people thought the lipid droplets were 'blobs of fat', only useful for energy storage but now we are seeing that they act as metabolic switches in the cell, defend against infection and much more--there are now entire scientific conferences of researchers working on them," the author said.

"Our next step is to find out how the lipid droplets target the bacteria.

"By understanding the body's natural defences, we can develop new therapies that don't rely on antibiotics to fight drug-resistant infections."