Fish oil-diet benefits may be mediated by gut microbes 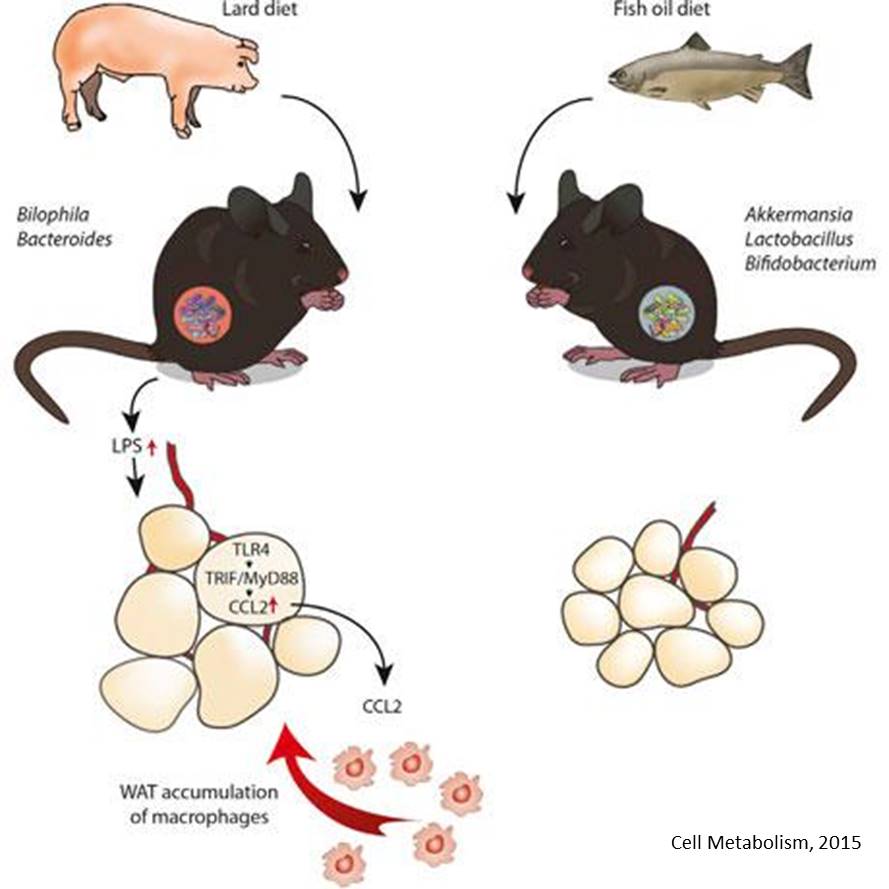 Diets rich in fish oil versus diets rich in lard produce very different bacteria in the guts of mice, reports a study published in Cell Metabolism.

Researchers feed either lard or fish oil to mice for 11 weeks and monitoring signs of metabolic health. While the consumption of lard promoted the growth of bacteria called Bilophila, which have been linked to gut inflammation, the fish oil diet increased the abundance of bacteria called Akkermansia muciniphila, known to reduce weight gain and improve glucose metabolism in mice.

Next, the researchers transferred these microbes into other mice to see how they affected health. The results suggest that gut bacteria share some of the responsibility for the beneficial effects of fish oil and the harmful effects of lard.