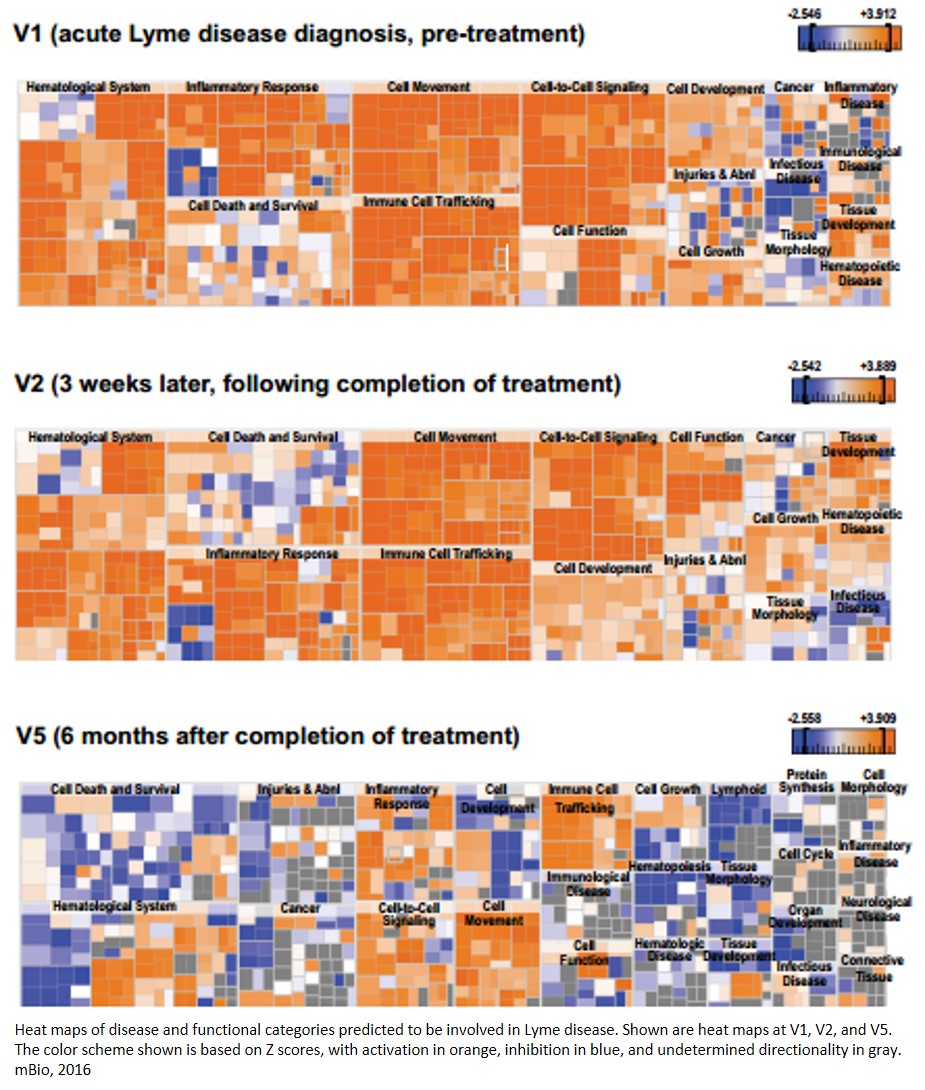 Most people who contract the disease recover quickly with antibiotic treatment, but between 10 and 20 percent report persistent symptoms. Lyme disease has also been associated with arthritis, meningitis, facial palsy and in rare cases myocarditis, or damage to the heart muscle, leading to sudden death.

In an effort to find better ways of diagnosing the disease, and discovering molecular pathways that might explain how Lyme disease could cause long-term symptoms, researchers used a next-generation sequencing technique, called RNA-seq, to investigate the transcriptome – the genes that are being turned on – in peripheral blood mononuclear cells.

Researchers examined 29 patients before and after they received a three-week course of antibiotic treatment and also six months later. Compared to patients with other active bacterial or viral infections, the Lyme disease patients had distinctive gene signatures that persisted for at least three weeks, even after they had taken the antibiotics. Some differences in the transcriptome lingered for six months.

"To our knowledge, this study is the first to document changes in gene expression occurring even after a bacterial infection has been treated with appropriate antibiotics," said a senior investigator on the study.

Six months after treatment, 15 of the 29 patients in the study had fully recovered, while 13 had persistent symptoms, and one had dropped out. Despite the stark differences in how the patients reported feeling, the researchers could not detect transcriptional differences between the two groups. They said larger studies are needed to confirm this finding.

The researchers said measureable and persistent changes to the transcriptome may also be characteristic of a number of other infections, such as chronic hepatitis C.