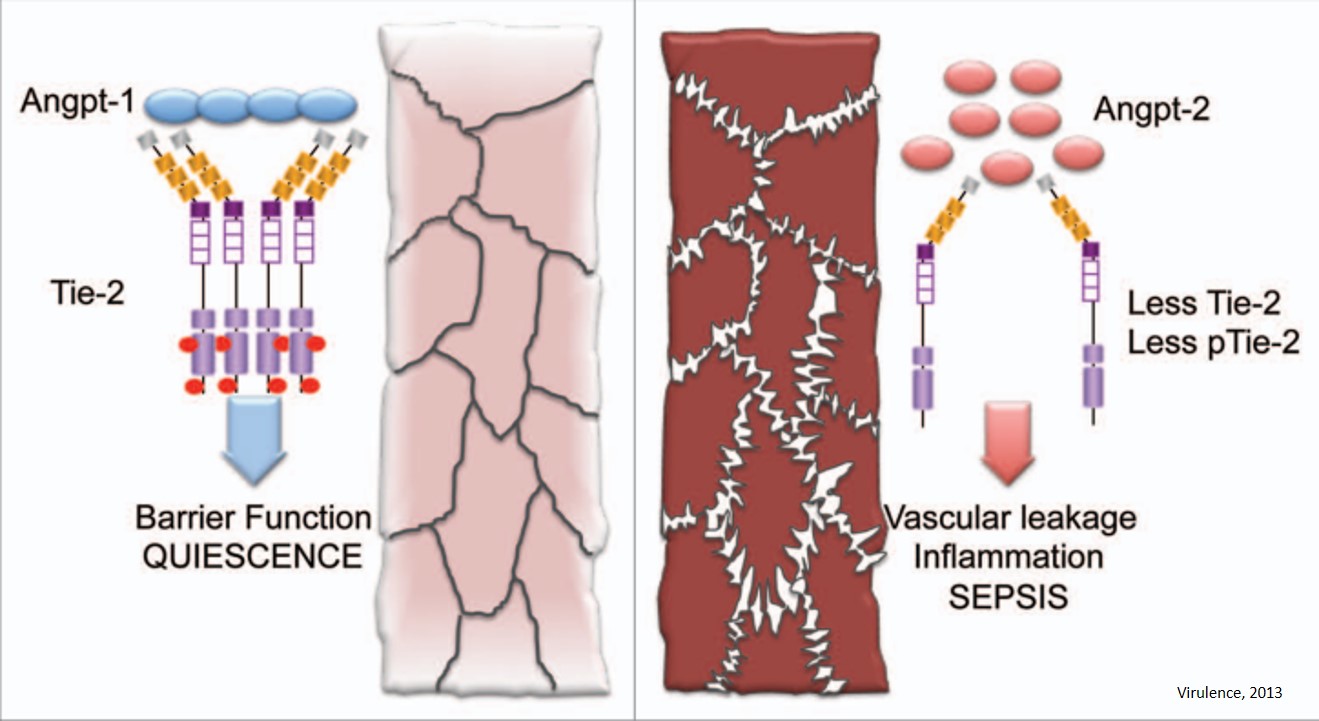 Major infections such as influenza and bacterial sepsis kill millions of people each year, often resulting from dangerous complications that impair the body's blood vessels. But the reasons why some patients experience these dramatic responses to infections -- and others don't -- have been unclear.

"Improperly functioning blood vessels can have lethal consequences," explained the author. "For example, when the lungs' small blood vessels become leaky, the lungs fill with water and stop working properly, resulting in an often fatal condition called acute respiratory distress syndrome [ARDS]. No matter what type of infection a patient has initially, if he or she goes on to develop vascular leakage, that patient is in trouble. We wanted to find out if the Tie2 protein played a role in determining whether or not patients experience these devastating vascular complications," said the author.

The authors first determined in mouse models of several infections -- including the parasitic infection malaria, the viral infection influenza and the bacterial infection sepsis - that all animals had decreased levels of Tie2 compared to baseline levels. Subsequent experiments revealed that reduced Tie2 was indeed setting the stage for vascular leakage and ensuing clinical complications in the animal models.

"The Tie2 gene is essential for embryonic development and knockout mice without the Tie2 gene die in utero," said corresponding author. "Interestingly, mice with a single copy of the gene behave normally until they are challenged with infections."

After genomic analysis identified common variants that influence Tie2 expression, the authors examined a cohort of more than 1,600 intensive care unit (ICU) patients, to determine if variation in Tie2 expression was associated with the development of ARDS. Indeed, the members of the cohort who had genetic variants linked to low Tie2 levels were at higher risk for developing ARDS, while those with genetic variants linked to higher Tie2 levels were protected from this devastating complication.

The new findings, which appear in the Proceedings of the National Academy of Sciences (PNAS), thus demonstrate that diminished Tie2 levels are associated with potentially devastating responses to infections, while higher Tie2 levels provide protection.