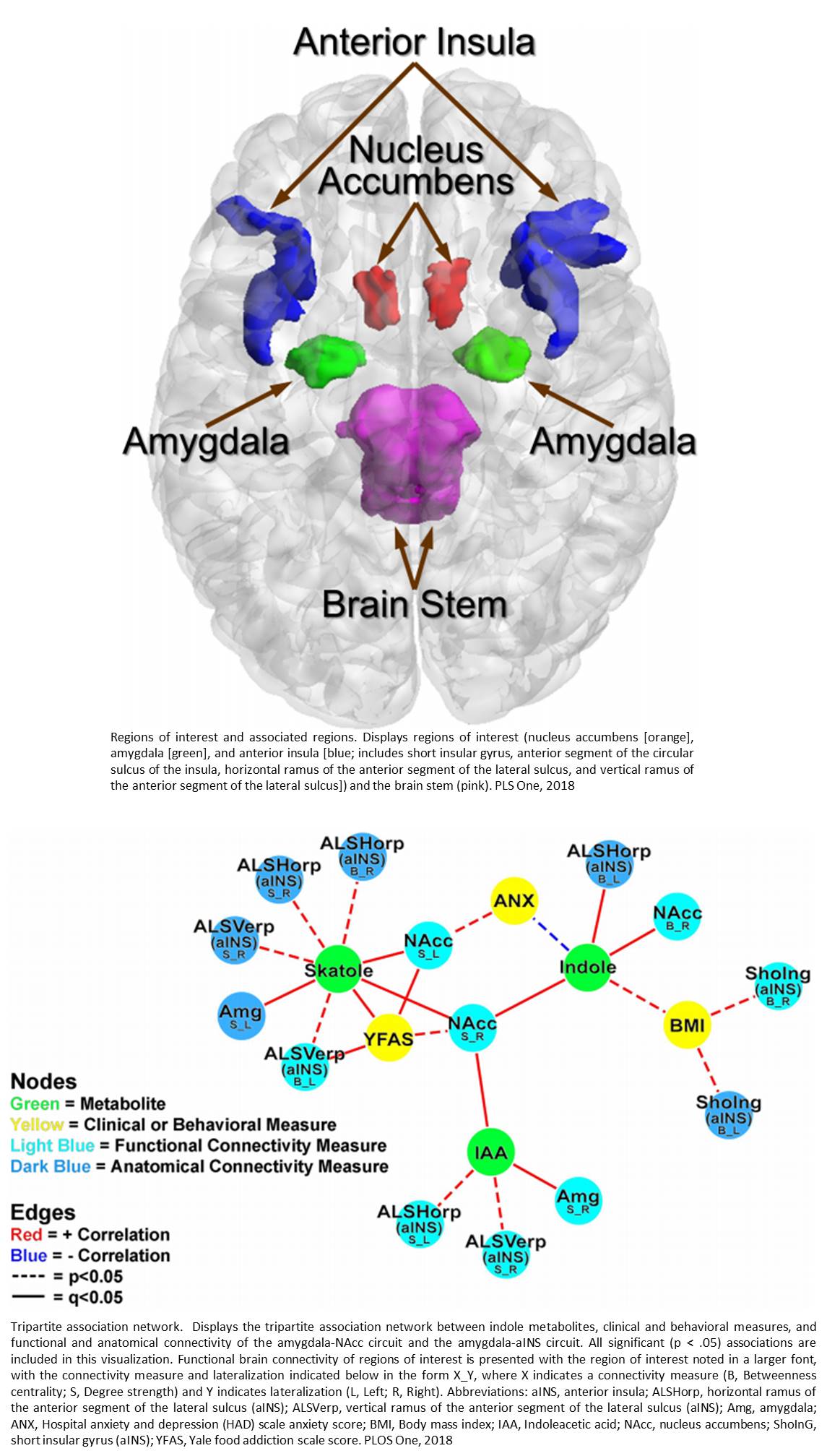 A study of 63 healthy people showed that those with elevated microbiome levels of the metabolite indole -- produced when gut bacteria break down the amino acid tryptophan -- had stronger function and connectivity in specific areas of the brain's reward network. Such activity in the brain indicates that a person is more prone to "hedonic eating," or eating for pleasure rather than for hunger. Those with higher levels of indole also were more likely to have food addiction, as determined by questionnaires they completed.

Certain areas of the brain's reward network have long been known to drive eating behaviors. In particular, the nucleus accumbens -- which processes reward stimuli such as food -- and the amygdala -- which helps regulate emotions -- are activated when people are hungry or eating. In this study, people with higher indole levels showed stronger function and connectivity in these two areas.

Higher function and connectivity in the brain's reward system could indicate an overactive reward system that promotes and reinforces overeating. Such overactivity of the reward system in obese individuals with food addiction has been reported in previous research.

The researchers obtained functional MRI brain imaging from the healthy participants. They collected and analyzed fecal samples in order to determine the presence of particular gut metabolites. The subjects completed questionnaires that measured their propensity for food addiction.

The study -- the first in humans to show the association between specific metabolites produced by gut bacteria and overeating behaviors -- suggests that indole, or gut bacteria's ability to produce it, could contribute to such behaviors. It opens the door to future study about whether specific interventions, such as changes to diet, could affect brain function and thus affect the desire to overeat or to eat when not hungry.