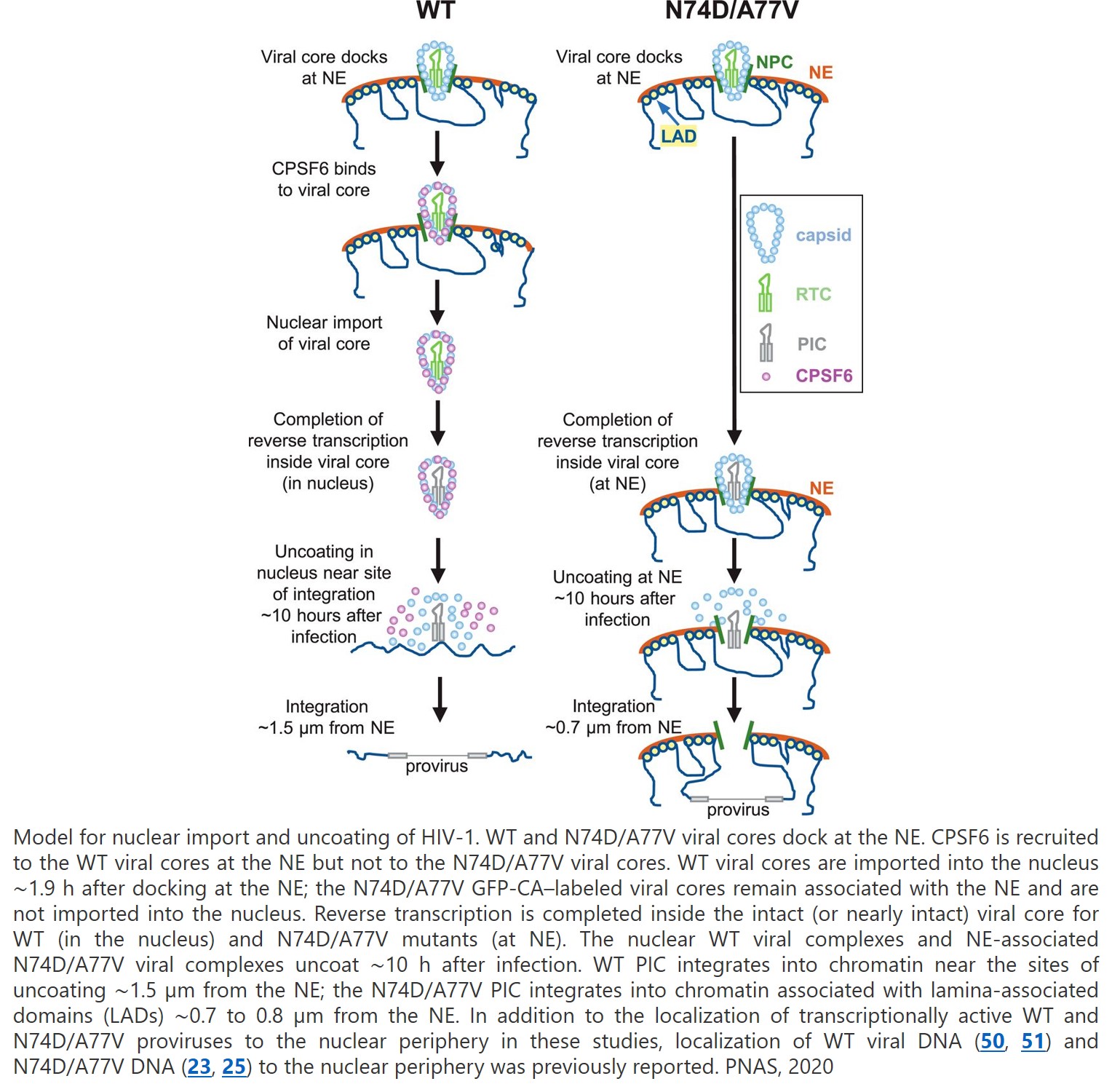 Before HIV-1 viral DNA can integrate into host chromosomes, its retroviral core needs to be disassembled, a process known as uncoating. Where and when uncoating occurs remain unclear, although it is thought to occur in the cytoplasm in coordination with reverse transcription.

The authors found that infectious viral cores in the nuclei of infected cells are intact or nearly intact, and complete reverse transcription after nuclear import.

Viral complexes were found to uncoat within ∼1.5 µm of the sites of genomic integration and less than 1.5 hours before integration.

The mechanism of entry of viral cores was found to involve interactions at the nuclear envelope involving recruitment of host protein cleavage and polyadenylation specificity factor 6, a nuclear host factor that interacts with the viral core.

The authors conclude that HIV-1 uncoating occurs in the nucleus near the sites of chromosomal integration. Additionally, the results carry implications for understanding HIV-1 infection, including how the virus is imported into the nucleus, integrates into the host genome, and evades host innate immunity, according to the authors.