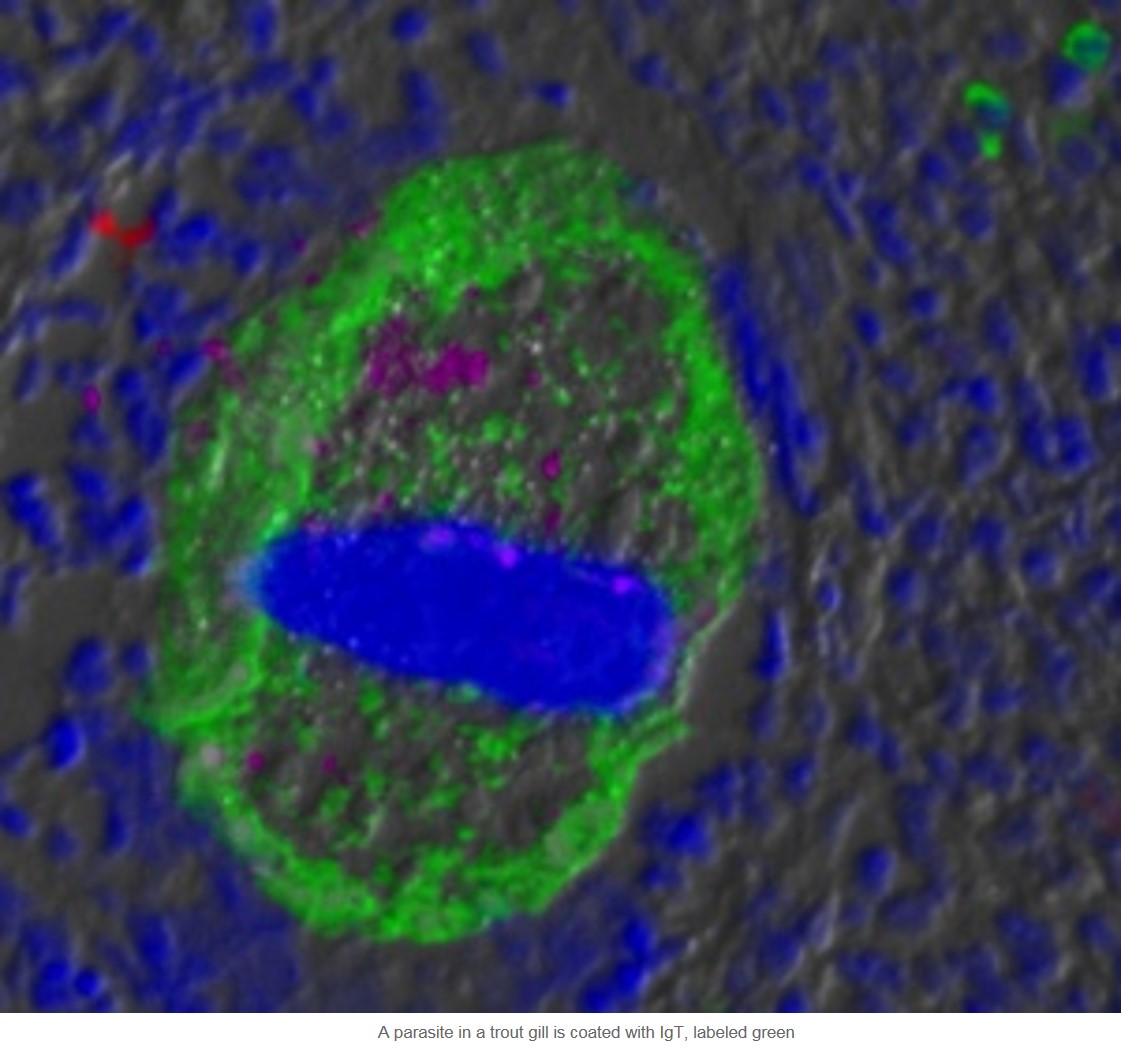 In a new study published in the journal Nature Communications, researchers reveal that fish induce production of a particular antibody in their gills in response to pathogen exposure. In addition, the researchers found that the gills' microbiota is coated with this same antibody, an immunoglobulin called IgT. Prior to this study, it was thought that only mammals had such a refined local mucosal immune response.

Because gills are respiratory organs that are considered a mucosal surface, the researchers wanted to see if similar immune defense mechanisms were present there. To investigate, they first examined the gill mucus of rainbow trout and found IgT was abundant, though other immunoglobulins, IgD and IgM, were also present. Examining the gill microbiota, they found that IgT was the primary antibody coating bacteria in the gills, consistent with the team's earlier findings in fish skin and gut.

To see if this prevalence indicated a role for IgT in responding to pathogens in the gills, the researchers exposed the trout to a parasite that causes white spot disease, a common infection in farmed, pet and wild fish that particularly targets the skin and gills.

A few weeks after the infection, the team surveyed parasites left in the gills and found them overwhelming coated with IgT; only a few had some IgM coating them, and no IgD-coated parasites could be detected. Fish that survived infection also had a significant increase in IgT-producing B cells in their gills, an additional sign that the IgT response was a key to fighting the parasite.

The team observed a similar response after fish were exposed to a different pathogen, the bacterium Flavobacterium columnare, which affects the skin and gills and is a leading cause of death in farmed and wild freshwater fish.

Further experiments confirmed that these increases in IgT and IgT-producing B cells were specific to the gills and not the result of a systemic increase in production, showing for the first time that a non-mammalian species can locally induce a dedicated mucosal immune response.

From an evolutionary perspective, the findings reveal that sophisticated immune defense mechanisms in respiratory surfaces came about very early in vertebrate evolution.

Why do we fall asleep when bored?