How malaria parasite controls expression of proteins during the life cycle 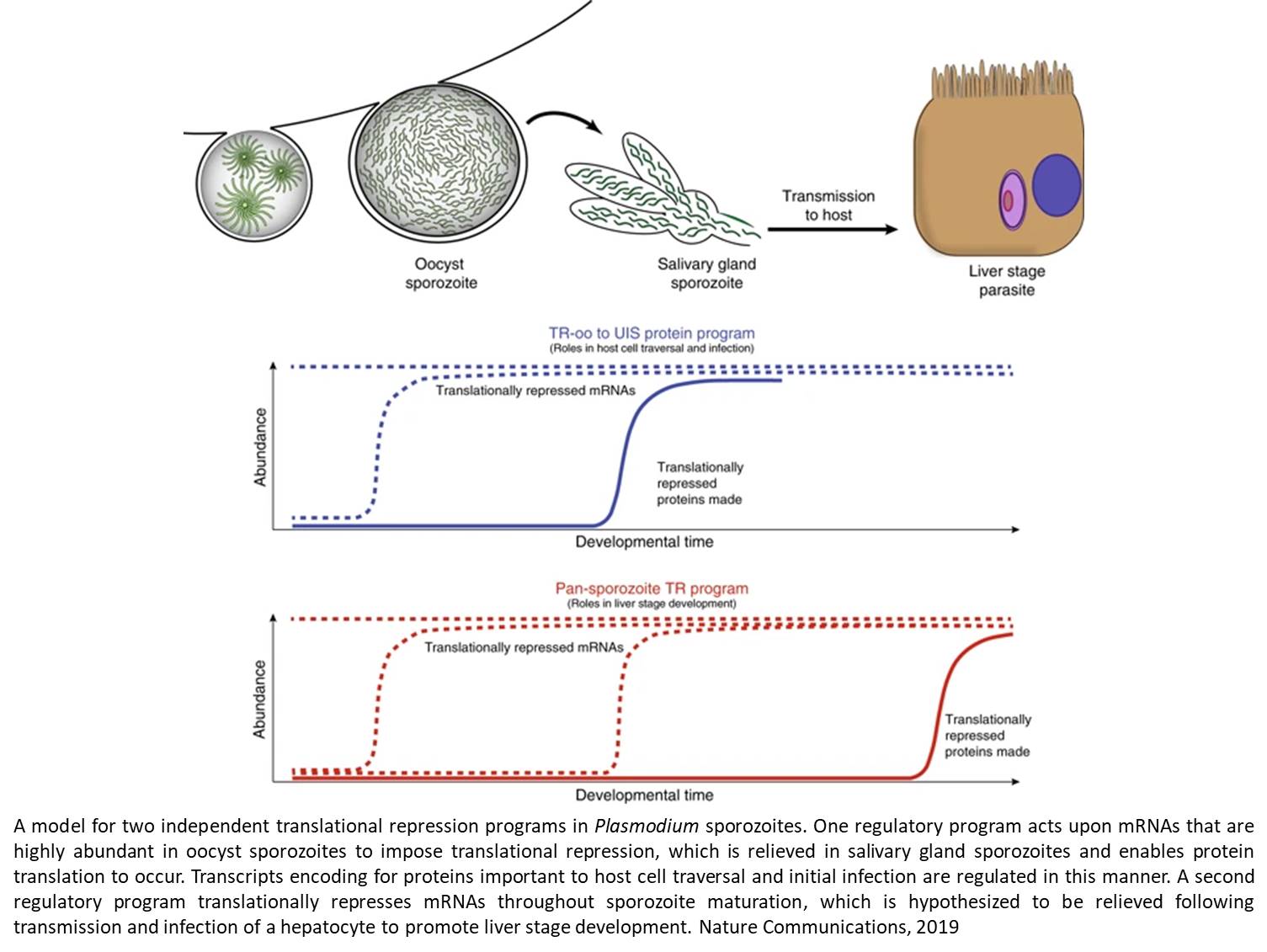 The parasite that causes malaria expresses genes that code for the proteins it will need in later life stages, using two separate schemes to prevent these proteins from actually being made until they are needed, according to new research. Having the mRNAs for these genes at the ready is risky: It's energetically costly, and proteins made prematurely can cause the parasites to become non-infectious. However, this strategy allows the parasite to quickly respond to unpredictable changes as it is transmitted between its mosquito and human hosts. Understanding these "translational repression" schemes may allow researchers to spot their weaknesses, which could be exploited in new strategies for combatting malaria. The research by a team of scientists appears in the journal, Nature Communications.

"The malaria parasite has a complex life-cycle in which it is transmitted back-and-forth between its mosquito and human hosts," said one of the leaders of the research team. "The parasite can't predict when these transmissions will happen, so it needs to be able to react quickly to be able to deal with the changes in its environment. We knew how the parasite prepares for the jump from humans into mosquitoes, but until now no one had looked systematically at how the parasite prepared itself for going from mosquitoes into humans."

The research team produced and purified large numbers of sporozoites from both the oocyst and salivary-gland stages, then used state-of-the-art RNA sequencing and mass spectrometry-based proteomics to identify essentially all of the mRNAs and proteins that were present in each stage. They did this in both Plasmodium yoelii--a malaria parasite that infects mice, which is easier to handle in the laboratory--and Plasmodium falciparum--a human-infectious parasite that causes most of the documented deaths associated with malaria.

"P. yoelii is often preferred in laboratory studies because we can easily track it through its entire life cycle, but it could have important differences to P. falciparum," said the author. "By studying both, we can determine how conserved these processes are and whether there are specific mRNAs or proteins that behave similarly across the parasite species that infect different hosts."

Through this study, the researchers demonstrated that, using a scheme similar to the parasites that are transmitted from humans to mosquitoes, the sporozoites produce mRNAs for genes that they will need in the next stage of their life cycle, but then actively repress their translation into proteins. As many as three-quarters of the most abundantly produced mRNAs are translationally repressed in this way.

"Excitingly, we identified two separate translational repression programs that operate simultaneously, independently, and upon different mRNAs," said the author. "The first program represses mRNA produced in oocyst sporozoites, which code for proteins that are made at some point during the parasite's trip from the mosquito's midgut into the salivary glands. The second program represses mRNA that are produced throughout both sporozoite stages but doesn't allow the production of the encoded proteins until the parasite is transmitted into its mammalian host."

"We are now trying to find how these translational repression programs are controlled in the parasite," said the author, "and if there are weaknesses that we can exploit in this risky strategy that we can use to push the parasite off the edge with new therapeutics."