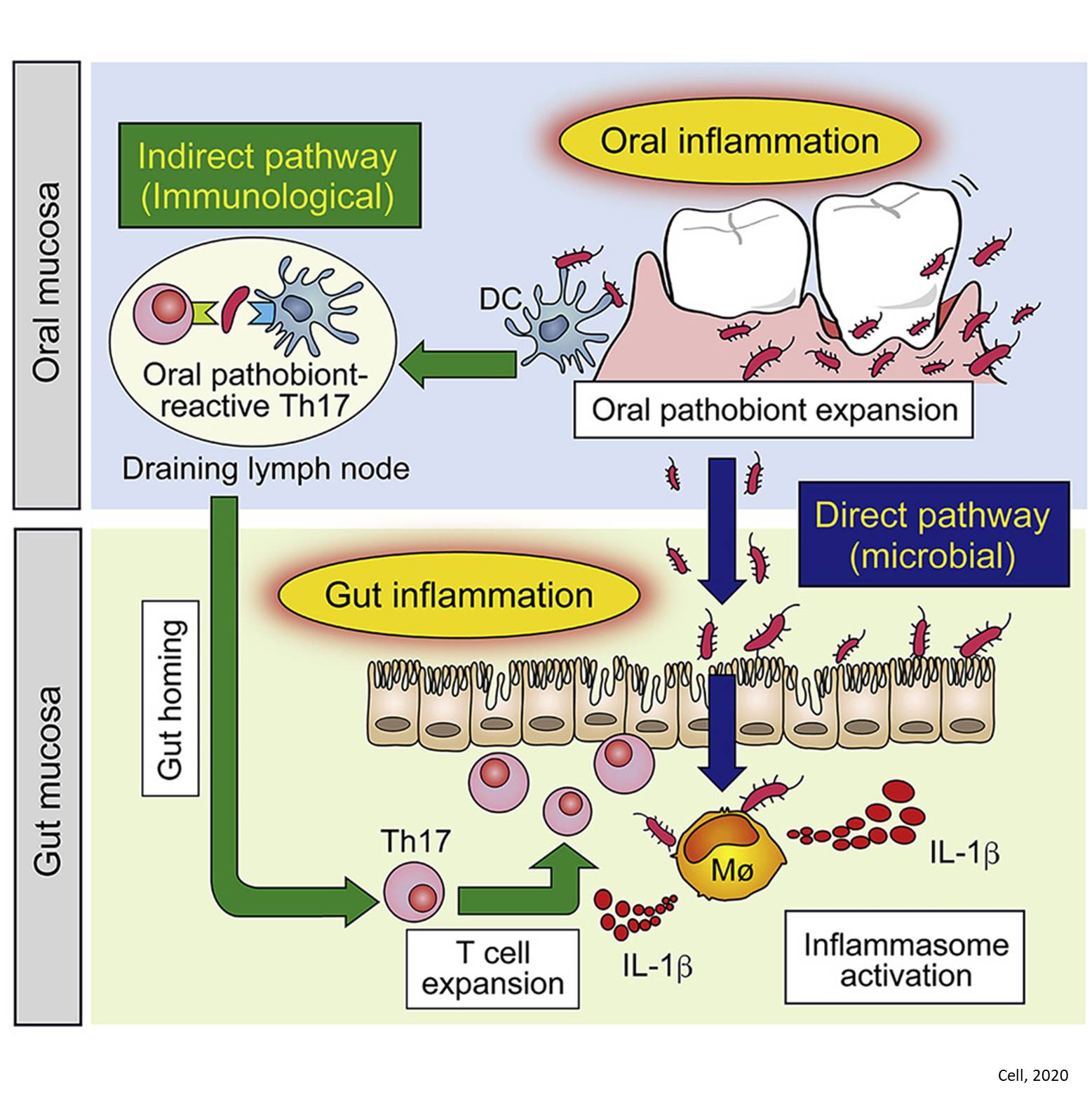 In the second proposed pathway, periodontitis activates the immune system's T cells in the mouth. These mouth T cells travel to the gut where they, too, exacerbate inflammation. The gut's normal microbiome is held in balance by the action of inflammatory and regulatory T cells that are fine-tuned to tolerate the resident bacteria. But, says the author, oral inflammation generates mostly inflammatory T cells that migrate to the gut, where they, removed from their normal environment, end up triggering the gut's immune response, worsening disease.

The study has implications for novel treatments for IBD, necessary because "far too many patients still fail medications, leading to reduced quality of life and eventual surgery," says study’s another co-author. "This study importantly implies that clinical outcomes in IBD may be improved by monitoring oral inflammation -- an intriguing concept."