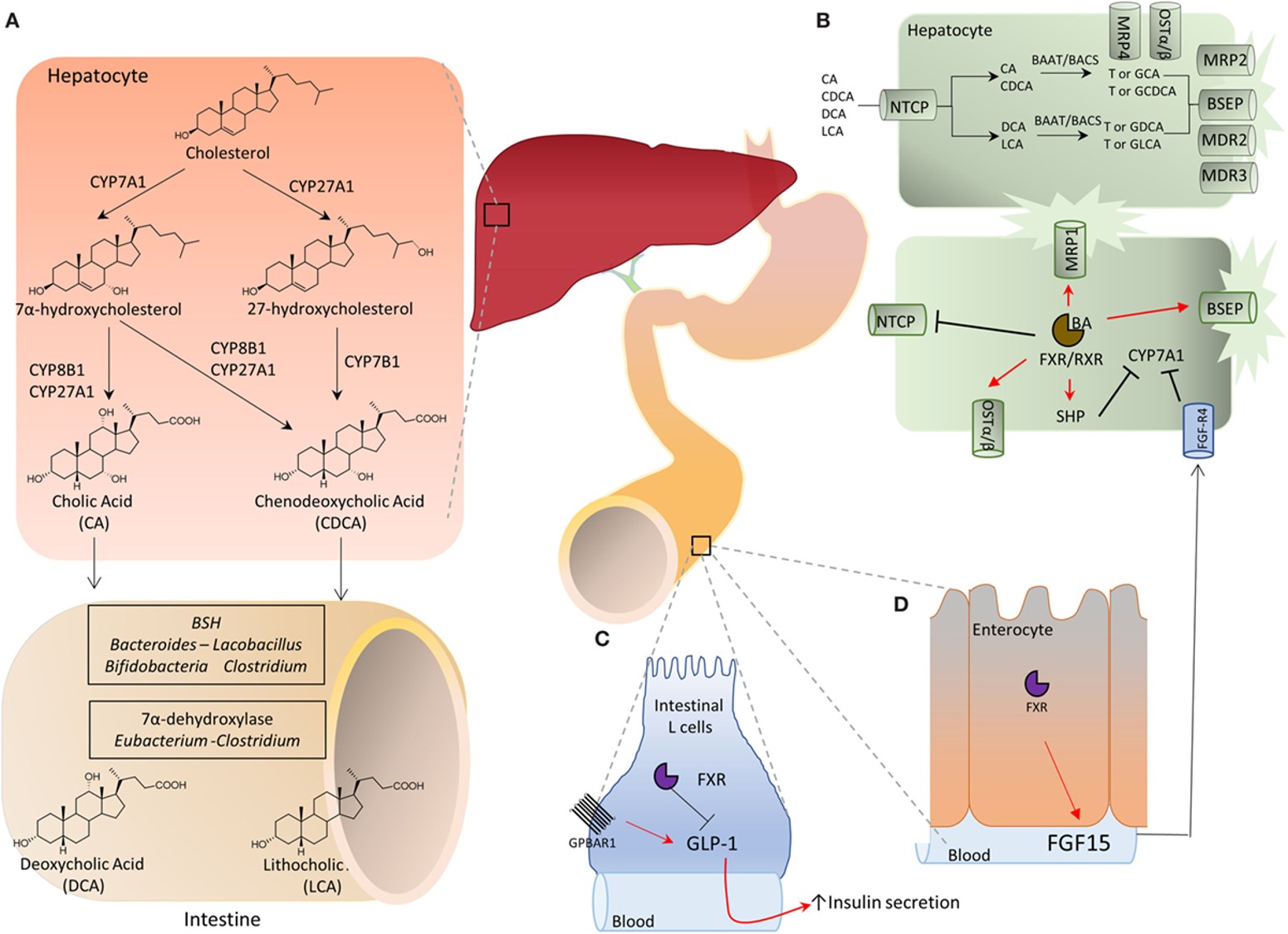 The makeup of our microbiomes -- the unique communities of bacteria, viruses and other microbes that live in and on us -- have been linked, with varying degrees of evidence, to everything from inflammatory bowel disease to athletic performance.

But exactly how could such tiny organisms have such immense influences on a person?

The researchers have created the first-ever map of all the molecules in every organ of a mouse and the ways in which they are modified by microbes. In one surprising example, they discovered that microbes control the structure of bile acids in both mice and people. The study was published in the journal Nature.

When you change the structure of molecules, such as bile acids, you could change how cells talk to one another and which genes are turned "on" or "off" at a given time, the senior author said. And that might have huge consequences for body function and the development of disease.

"We hear a lot about how our own human genes influence our health and behaviors, so it may come as a shock to think that we could have molecules in the body that look and act the way they do not because of our genes, but because of another living organism," the author said.

The team compared germ-free (sterile) mice and mice with normal microbes. They used a laboratory technique called mass spectrometry to characterize the non-living molecules in every mouse organ. They identified as many molecules as possible by comparing them to reference structures in the GNPS database, a crowdsourced mass spectrometry repository. They also determined which living microbes co-locate with these molecules by sequencing a specific genetic region that acts as a barcode for bacterial types.

In total, they analyzed 768 samples from 96 sites of 29 different organs from four germ-free mice and four mice with normal microbes. The result was a map of all of the molecules found throughout the body of a normal mouse with microbes, and a map of molecules throughout a mouse without microbes.

A comparison of the maps revealed that as much as 70 percent of a mouse's gut chemistry is determined by its gut microbiome. Even in distant organs, such as the uterus or the brain, approximately 20 percent of molecules were different in the mice with gut microbes.

After constructing these maps, the researchers homed in on one particular family of molecules that appeared to be significantly different when microbes were present: bile acids. Bile acids are primarily produced by the mouse or human liver, and they help digest fats and oils. They can also carry messages throughout the body.

"More than 42,000 research papers have been published about bile acids over the course of 170 years," another author said. "And yet these modifications had been overlooked."

Curious if the same types of microbe-modified bile acids are found in humans, the researchers used a tool they created, the Mass Spectrometry Search Tool (MASST), to search 1,004 public datasets of samples analyzed with mass spectrometry. They also analyzed by mass spectrometry approximately 3,000 fecal samples submitted to the American Gut Project, a large citizen science effort based at UC San Diego School of Medicine.

Here's what they found: The unique microbial-modified bile acids the researchers saw in mice were also present in up to 25.3 percent of all human samples in the datasets. These novel bile acids were more abundant in infants and patients with inflammatory bowel disease or cystic fibrosis.

One way bile acids can deliver messages from the gut to other parts of the body is through specific gut receptors called farnesoid X receptors. Bile acids bind and activate the receptors, which then inhibit genes responsible for making more bile acids. The receptors also help regulate liver triglyceride levels and fluid regulation in the intestines, making them important in liver disease and possibly obesity. Several drugs are currently being developed to treat liver disease by activating farnesoid X receptors.

Sure enough, in mice and human cells grown in the lab, the team found that the newly discovered, microbe-modified bile acids strongly stimulate farnesoid X receptors, reducing expression of genes responsible for bile acid production in the liver.

The study raises many questions about the role microbes might play in driving liver and other diseases, and in influencing the activity of therapeutics, such as drugs that target farnesoid X receptors.

"This study provides a clear example of how microbes can influence the expression of human genes," the senior author said. "What we still don't know is the downstream consequences this could have, or how we might be able to intervene to improve human health."