How smoking worsens COVID-19 infection in the airways 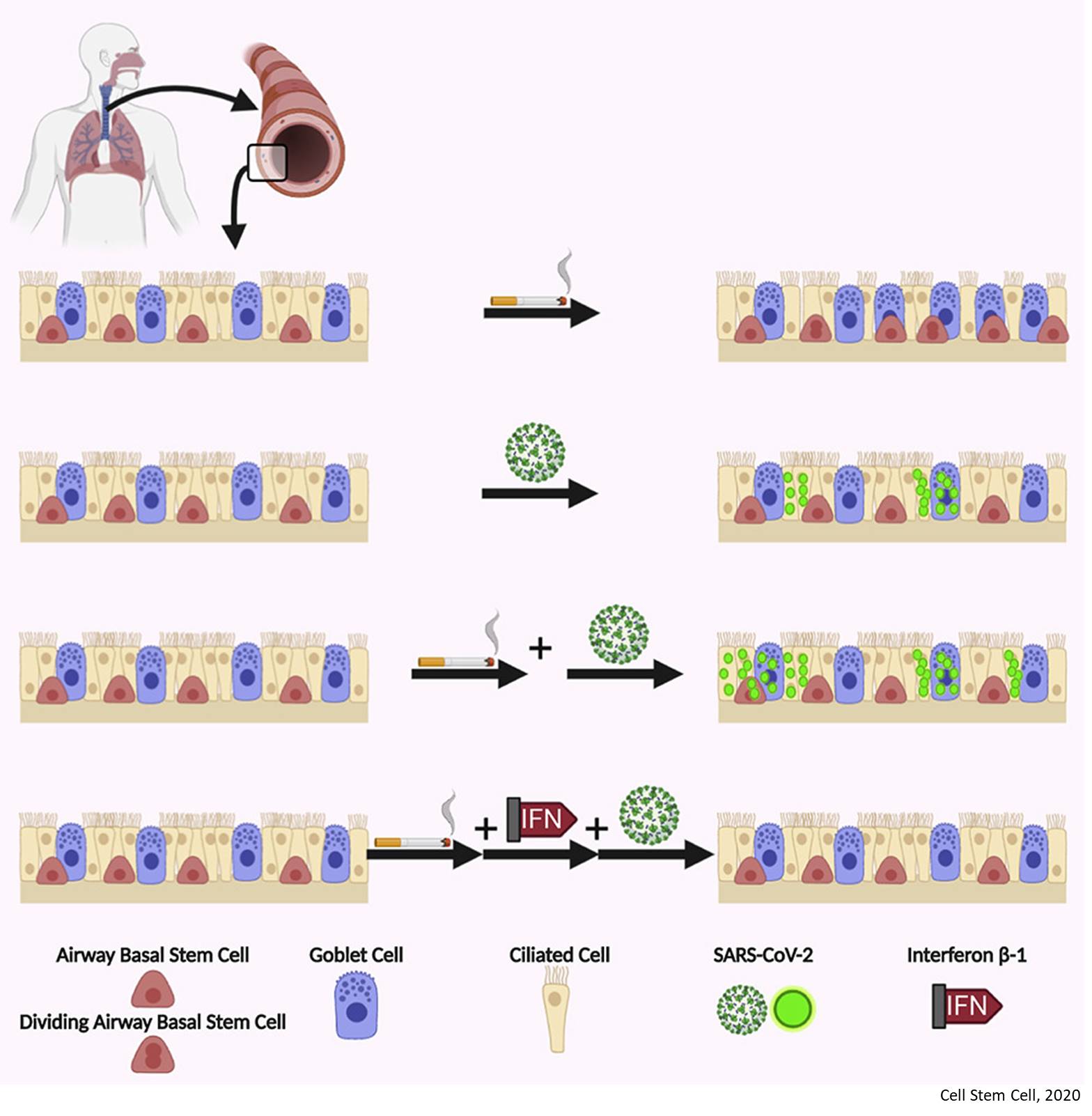 The researchers using a model of airway tissue created from human stem cells have pinpointed how smoking cigarettes causes more severe infection by SARS-CoV-2, the virus that causes COVID-19, in the airways of the lungs.

Cigarette smoking is one of the most common causes of lung diseases, including lung cancer and chronic obstructive pulmonary disease, and most demographic studies of COVID-19 patients have indicated that current smokers are at increased risk of severe infection and death. But the reasons why have not been entirely clear.

The team utilized a platform known as an air-liquid interface culture, which is grown from human airway stem cells and closely replicates how the airways behave and function in humans. The airways, which carry air breathed in from the nose and mouth to the lungs, are the body's first line of defense against airborne pathogens like viruses, bacteria and smoke.

"Our model replicates the upper part of the airways, which is the first place the virus hits," said the author. "This is the part that produces mucus to trap viruses, bacteria and toxins and contains cells with finger-like projections that beat that mucus up and out of the body."

The air-liquid interface cultures used in the study were grown from airway stem cells taken from the lungs of five young, healthy, nonsmoking tissue donors. To replicate the effects of smoking, the researchers exposed these airway cultures to cigarette smoke for three minutes per day over four days.

"This type of model has been used to study lung diseases for over a decade and has been shown to mimic the changes in the airway that you would see in a person who currently smokes," said the senior author.

Next, the group infected the cultures exposed to cigarette smoke -- along with identical cultures that had not been exposed -- with live SARS-CoV-2 virus and the two groups were compared. In the models exposed to smoke, the researchers saw between two and three times more infected cells.

Digging further, the researchers determined that smoking resulted in more severe SARS-CoV-2 infection, at least in part, by blocking the activity of immune system messenger proteins called interferons. Interferons play a critical role in the body's early immune response by triggering infected cells to produce proteins to attack the virus, summoning additional support from the immune system, and alerting uninfected cells to prepare to fight the virus. Cigarette smoke is known to reduce the interferon response in the airways.

"If you think of the airways like the high walls that protect a castle, smoking cigarettes is like creating holes in these walls," the author said. "Smoking reduces the natural defenses and that allows the virus to set in."