How the mosquito immune system fights off the malaria parasite 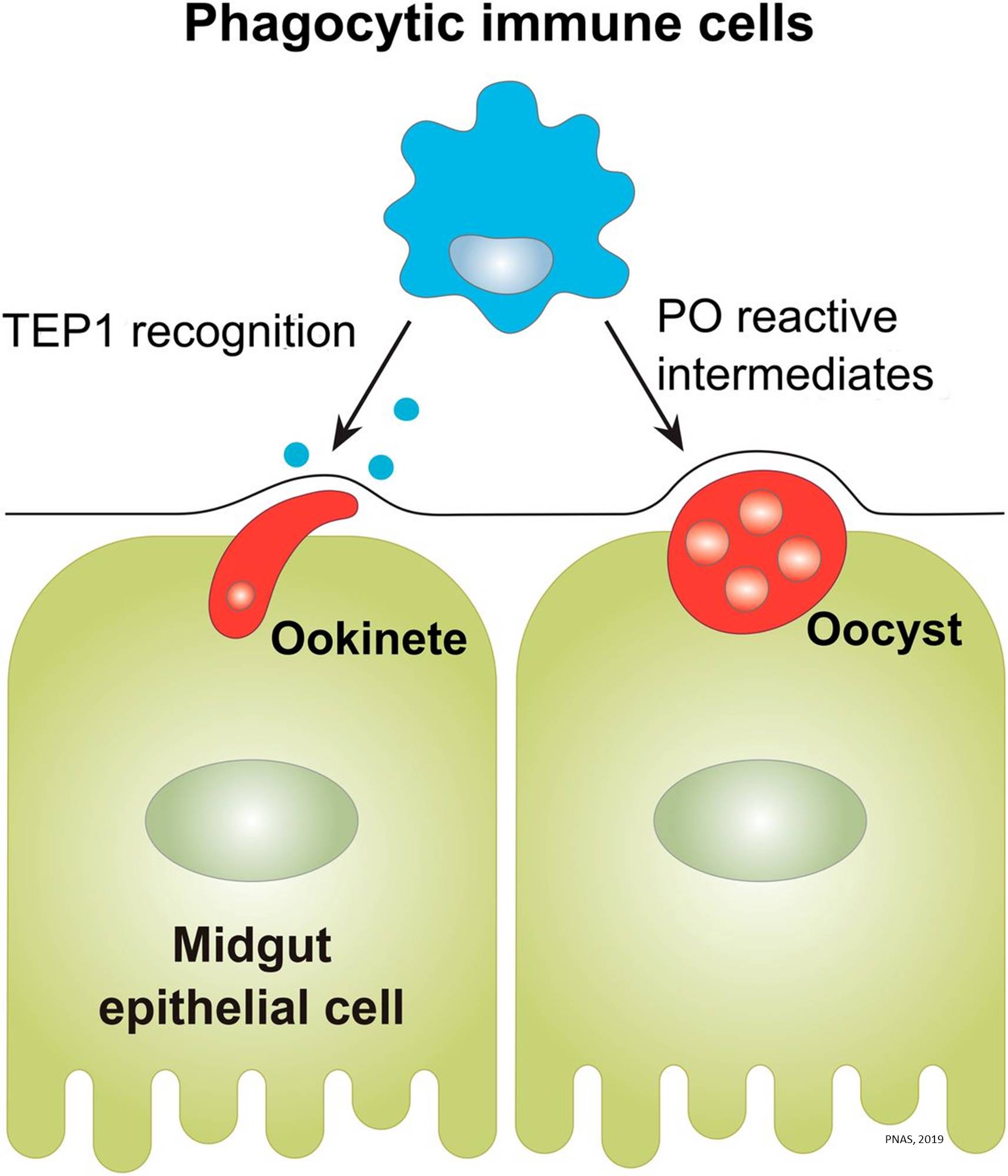 A new study from entomologists describes how mosquitoes fight off parasites that cause malaria, a disease that sickens millions of people every year. The study, published in the scientific journal Proceedings of the National Academy of Sciences, shows how the mosquito immune system combats malaria parasites at multiple stages of development.

Mosquitoes are required to transmit malaria, acquiring malaria parasites by biting an infected person, then transmitting the disease weeks later after the parasite has completed development in the mosquito. The new study focused on how the mosquito immune system responds to the parasite.

"Mosquitoes are generally pretty good at killing off the parasite," the senior author said. "We wanted to figure out the mechanisms and pathways that make that happen."

The authors demonstrate the role of phagocytes in complement recognition and prophenoloxidase production that limit the ookinete and oocyst stages of malaria parasite development, respectively. Through these experiments, they also define specific subtypes of phagocytic immune cells in An. gambiae, providing insights beyond the morphological characteristics that traditionally define mosquito hemocyte populations.

Understanding these immune responses could lead to opportunities to eliminate malaria parasites in the mosquito, thus reducing the transmission of malaria. For instance, the scientists could use genetic approaches to make mosquitoes resistant to malaria parasites. Introducing mosquitoes with enhanced immunity in endemic areas of malaria could significantly reduce human malaria cases.