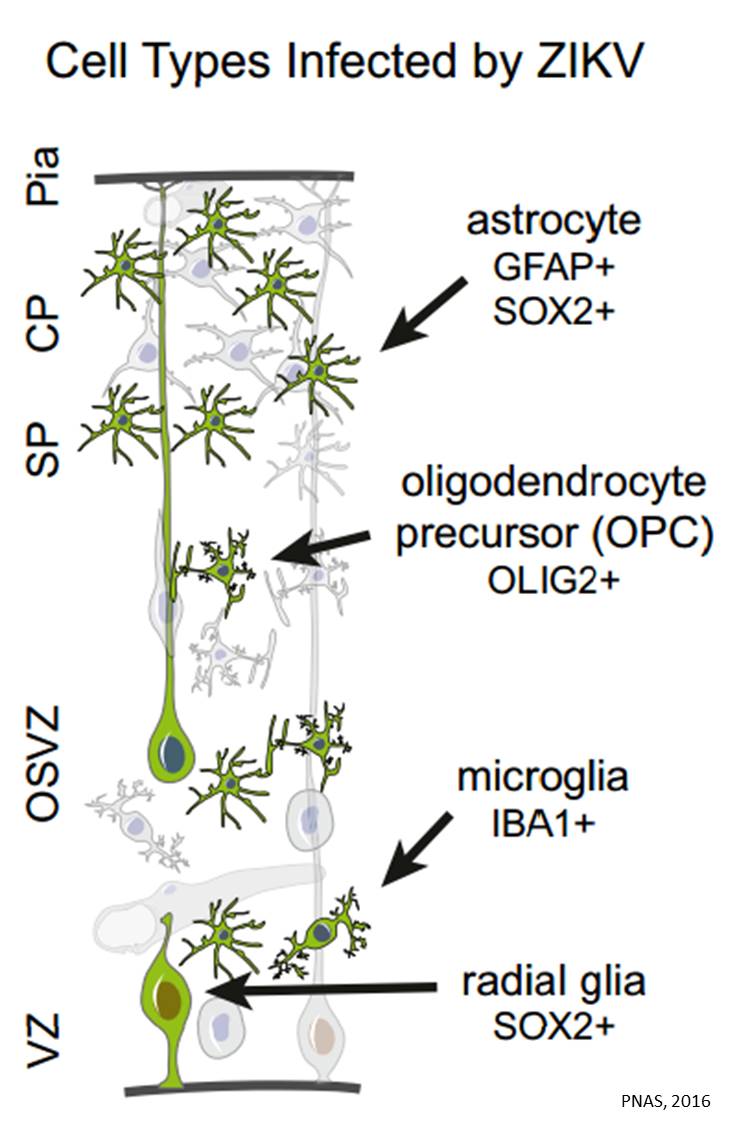 Congenital Zika virus (ZIKV) infection has been tied to birth defects, such as microcephaly, but the virus’ mechanism of action and precise target cells in the fetal brain remain unclear.

Infection of astrocytes late in fetal brain development might explain the clinical reports of calcified bands observed in the brain’s cortical plate among newborn children with congenital ZIKV infection. Blocking a putative viral entry factor called the AXL receptor using antibodies and CRISPR interference suggested that the extracellular domain of the receptor, which likely serves as a viral handhold, is critical for glial cell infection.

AZT outperformed daptomycin, known for its anti- ZIKV activity in cultured cells, in lowering the infection rate of cultured glial cells. According to the authors, the findings offer a fulcrum for the development of therapeutic strategies against congenital ZIKV infection. Specific bacteria in the small intestine are crucial for fat absorption Why is it harder for females to gain weight?

Glucose or insulin, which is the culprit in patients with covid-19 and diabetes?