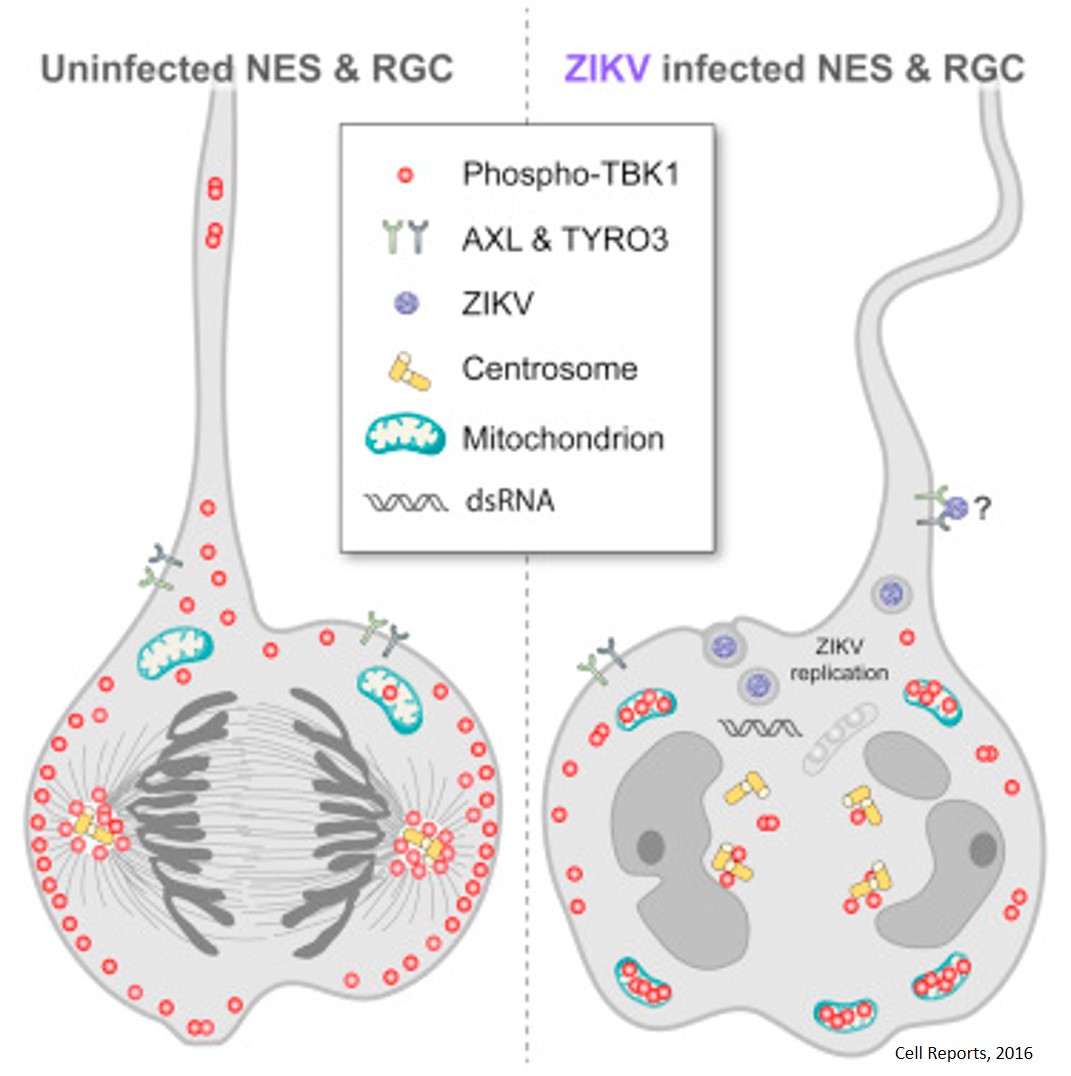 Infection by the Zika virus diverts a key protein necessary for neural cell division in the developing human fetus, thereby causing the birth defect microcephaly, a team of scientists reported in the journal Cell Reports.

The findings suggest that Zika virus might be susceptible to existing antiviral drugs that may prevent disruption to the developing nervous system, said the researchers.

One of the frightening side-effects of Zika virus infection in pregnant women is the risk of fetal microcephaly, in which babies are born with abnormally small brains. The multidisciplinary collaboration of Yale scientists revealed that Zika virus kills stem cells in the brain and disrupts the process of creating brain cells.

An analysis shows that the virus diverts a form of the protein TBK1 from its primary job of organizing cell division to the mitochondria, the cell's power pack, where it helps initiate an immune response. Lacking the protein at the site of cell division, cells die instead of forming new brain cells, resulting in microcephaly. The data suggest this mechanism may also contribute to microcephaly associated with other common congenital viral infections.

Researchers note that an existing FDA-approved drug, Sofosbuvir, showed promise in preventing Zika virus infection of neural stem cells in laboratory culture and also seems to keep phospho-TBK1 involved in cell division. More study needs to be conducted to prove the efficacy of the drug as a medical therapy for Zika virus, the authors said.

"There is an urgent need to identify therapeutic approaches to halt Zika infection, especially in pregnant women," said co-first author of the paper."In the interim, we hope these findings can lead to therapies that might minimize the damage caused by this virus."