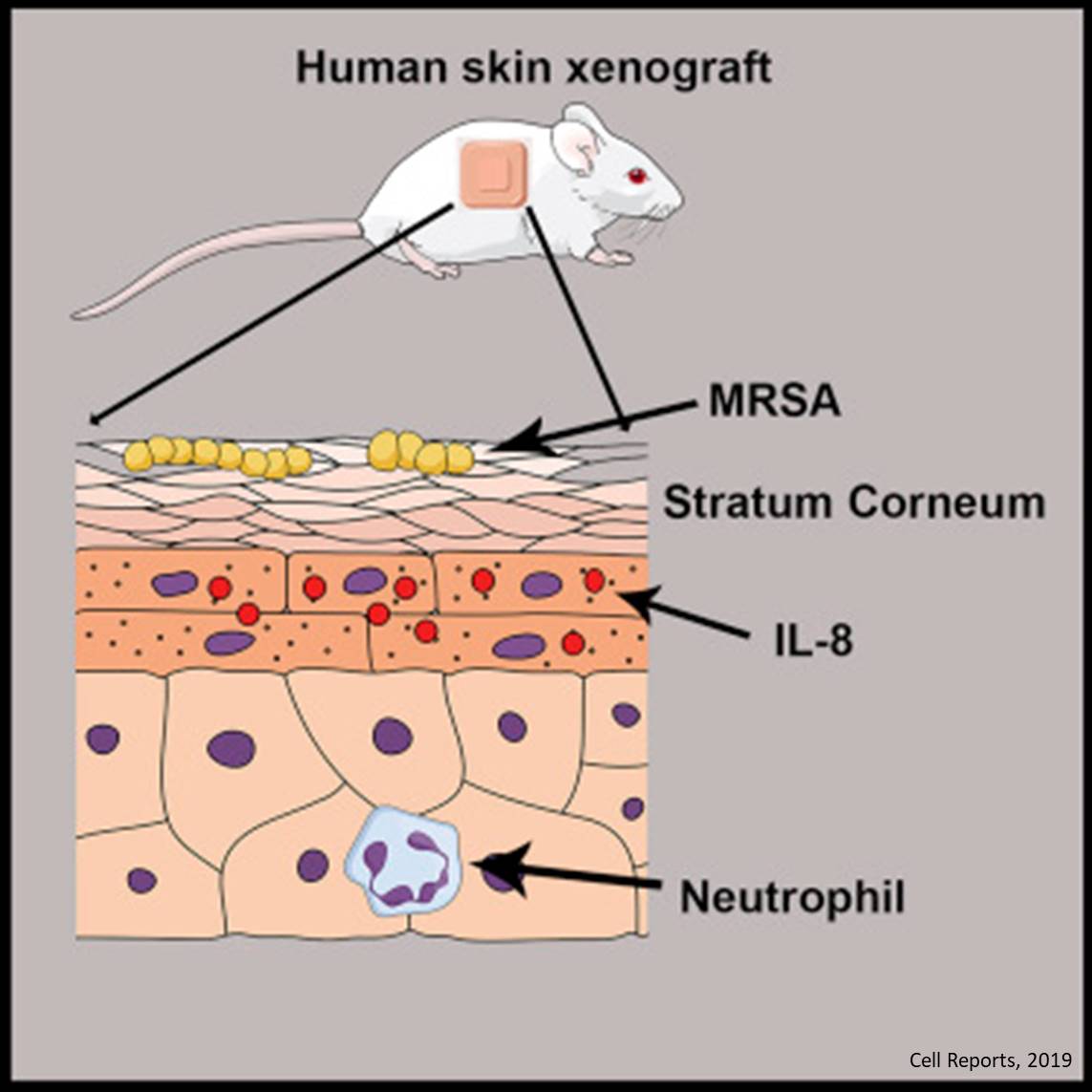 A type of immune cell called neutrophils could be responsible for controlling bacterial numbers of an antibiotic-resistant strain of Staphylococcus aureus (MRSA) on human skin before the bacteria get a chance to invade, according to a new study published in Cell Reports. The results could provide an explanation for why this superbug is only carried transiently by some people.

The researchers have developed a "humanised" mouse model where human skin is grafted onto mice, which helps them look at the human tissue response in vivo. They found that after the skin had been colonised with MRSA, neutrophils were recruited to the skin resulting in the antibiotic-resistant bacteria being killed. This could explain why some people are only transient carriers of MRSA.

The study also highlights how dynamic the human skin is. The outer layers of the skin were once considered a dry, dead wasteland and a very challenging environment for the microbial inhabitants. However, a body of research is now emerging to show that this is not the case.

"The skin is an incredibly dynamic biological environment where immune cells and microbes stand-off against one another to maintain some kind of equilibrium, a fraught peace," says senior researcher who led the study. "Breaks in these equilibria typically lead to bad outcomes for humans, and understanding how this process works on the skin could have an impact on how we prevent and treat skin infection in the future."

Staphylococcus aureus is a common bacterium carried by up to 50 per cent of the population. However, it is also capable of causing some serious infections which are becoming more difficult to treat with the rise of antibiotic resistance. Understanding the human immune response is a critical part of understanding how to curb the spread of resistant bacteria.

A common problem with using animals as proxies for humans is that parts of their biology is fundamentally different, from physiology to the molecular interactions. By incorporating human elements into our models, it is possible to get a more realistic picture of human biology, in this case, in colonisation by superbugs.

"We hope that our humanised skin model will help make sure that our results are relevant to humans, and not just mice," says the senior author.