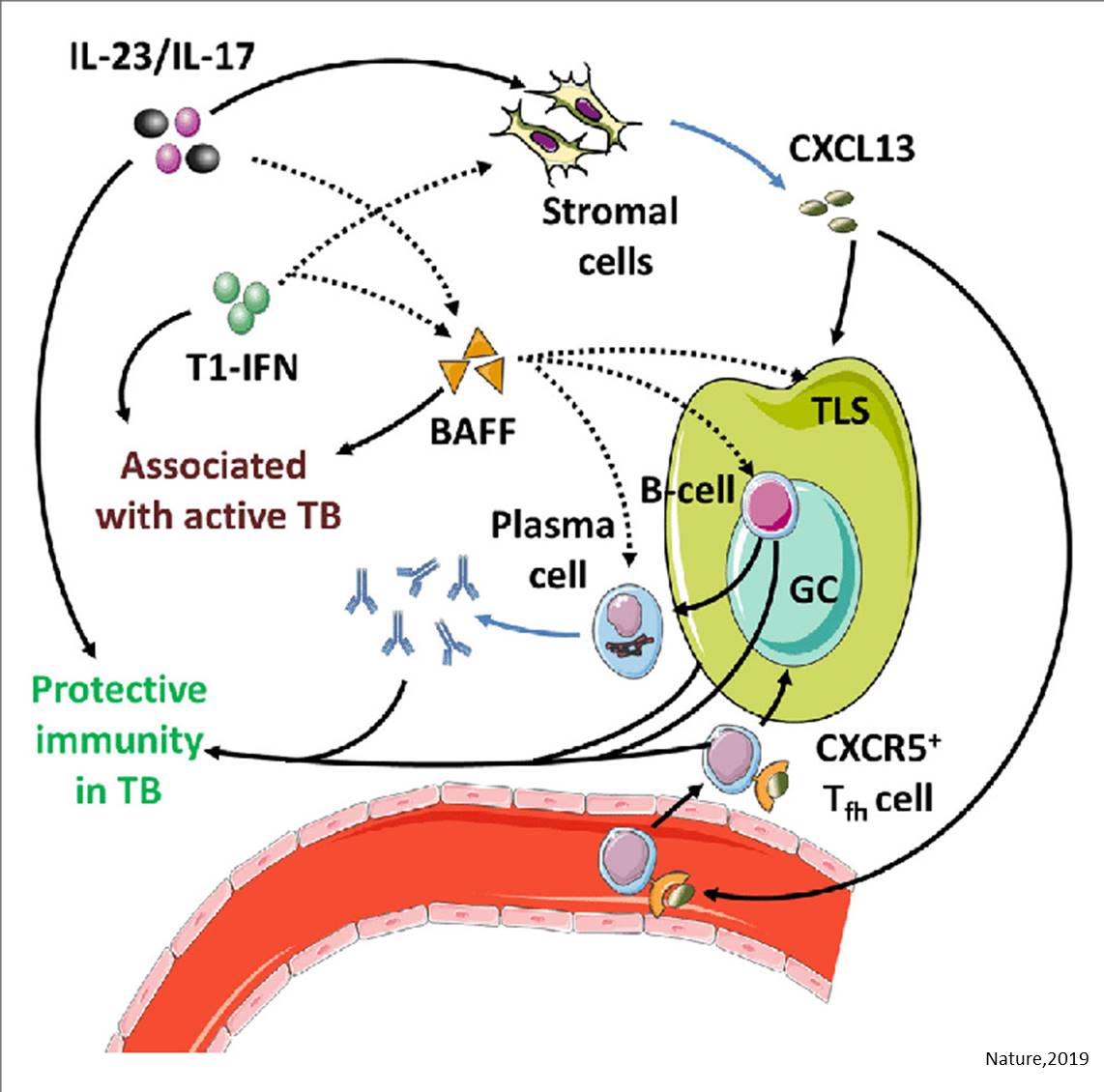 A class of immune cells called innate lymphoid cells (ILCs) mediates the body's initial defense against tuberculosis (TB), according to a report published in Nature. Boosting this response may provide a new approach to developing treatments and vaccines against TB, which causes more deaths worldwide than any other single infectious disease.

Identified only in the past decade, ILCs can initiate quick, nonspecific responses against pathogens and also mount protective immune responses directed against specific pathogens. In this study, researchers observed that among people who were infected with Mycobacterium tuberculosis (Mtb), the bacterium that causes TB, a subset of ILCs moved from the blood to the lungs, where TB infections frequently take hold.

Investigators also tracked the activity of ILCs in several animal models. In mice with intact immune systems, ILCs homed to infected lung tissue and used messenger molecules to recruit the scavenger cells of the immune system, macrophages, to form protective granulomas, or small areas of inflammation, to suppress the infection. Mice without functioning ILCs, however, had low levels of macrophages in lung tissue and poor immune control over their TB. The human and animal data led investigators to conclude that ILCs play an early, pivotal and previously unappreciated role in TB immunity.

Authors show that the C-X-C motif chemokine receptor 5 (CXCR5)–C-X-C motif chemokine ligand 13 (CXCL13) axis is involved in Mtb control, as infection upregulates CXCR5 on circulating ILC3s and increases plasma levels of its ligand, CXCL13, in humans. Moreover, interleukin-23-dependent expansion of ILC3s in mice and production of interleukin-17 and interleukin-22 were found to be critical inducers of lung CXCL13, early innate immunity and the formation of protective lymphoid follicles within granulomas.

Increasingly, Mtb is resistant to conventional antibiotic treatments. While the Bacille Calmette-Guerin (BCG) vaccine can prevent Mtb infection in infants and young children, no vaccine is approved to prevent TB in older children and adults. Because ILCs seem to protect early in TB disease, investigators suggest that probing the newly described pathway may yield novel approaches to TB treatment and prevention.