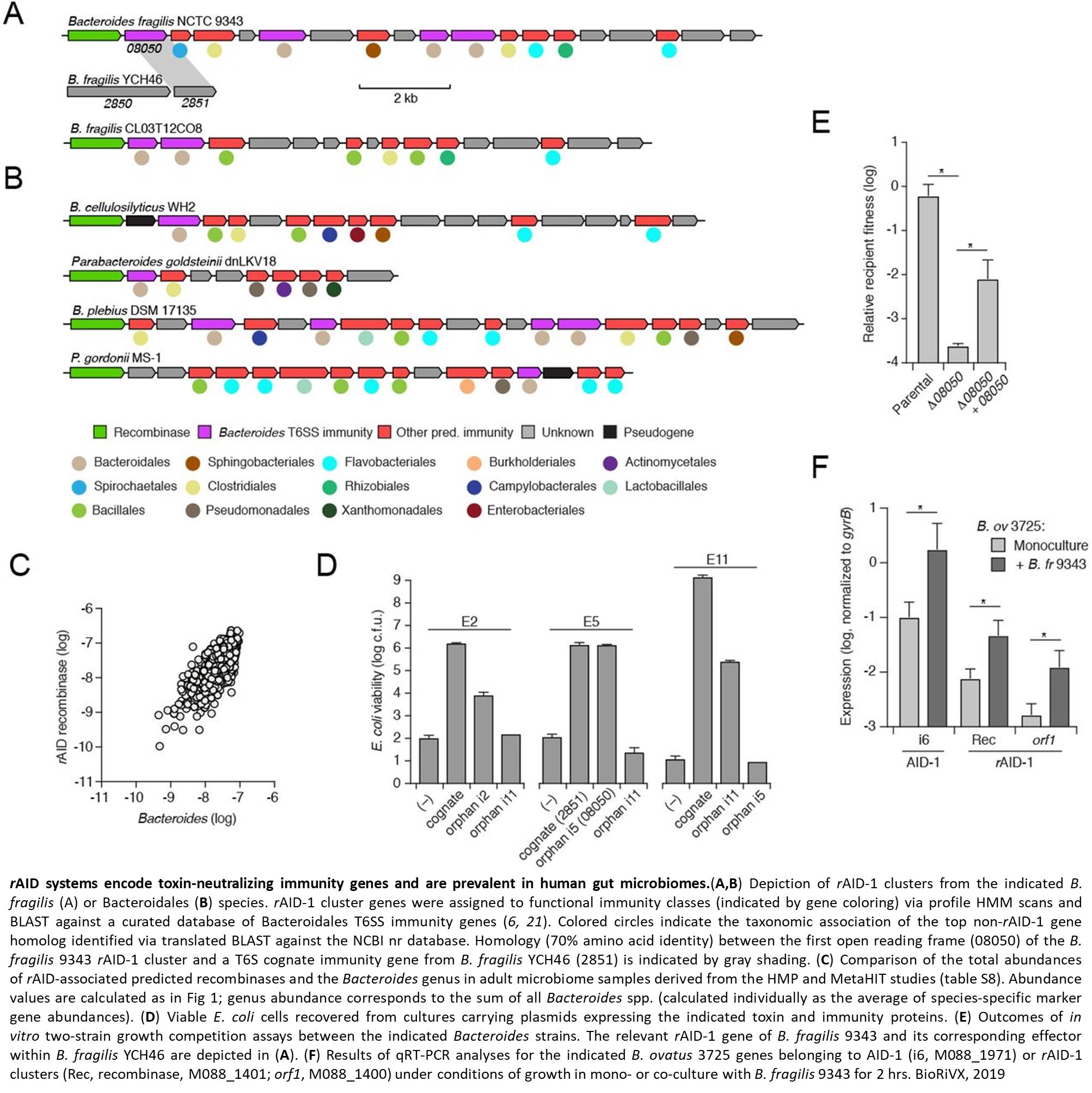 Inside your gut, a quiet battle is raging among many bacteria competing for survival. A new study suggests how some gut bacteria might acquire a defensive arsenal against a type of toxic assault waged by their neighboring microbes.

Researchers wanted to understand what forces drive the composition and ecology of the microbe collections that live in people's guts. The state of the human gut microbiome is critical to aspects of health and disease.

"Diet and immune response are not enough to explain the constituents of their gut microbiome," the project scientists said. The victors of struggles and hostilities among micro-organisms attempting to reside in the gut may contribute to the makeup of that microbial community.

Bacteria have many ways of antagonizing their own or other species, these scientists noted. A group of prevalent gut bacteria, from the order Bacteroidales, have a secretion mechanism to inject toxic proteins into bacteria that crowd too close. At the same time, they keep themselves safe from their own or their kin cells' poisons by carrying specific immunity factors that neutralize the toxins.

In the current study, the researchers found that several of the Bacteroides species that populate the human gut have acquired sizable interbacterial defense gene clusters. These encode for large arrays of immunity determinants that neutralize the direct hit of toxins from their competitors. The clusters have features that suggest they are actively acquiring new immunity genes as new threats are encountered. These and related findings are reported in the journal Nature.

The investigators characterized the genes that encode toxins delivered between bacteria and their corresponding immunity factors in samples collected from human guts. They made a surprising finding. Their work at the time was focused on a particular gut species known to produce many secreted toxins, Bacteroides fragilis. As anticipated, genes conferring immunity to the B. fragilis toxins were found in many of the samples in relatively the same abundance as markers for the presence of that species.

"This finding strongly suggests that these anti-B. fragilis immunity elements were encoded by other bacteria in the gut," the scientists explained. Using statistical analyses, the researchers concluded that these included B. ovatus, B. vulgatus, B. helcogenes and B. coprocola. Looking at the genomes of these organisms, they discovered that they carried genes that would be expected to make them immune to toxins delivered from B. fragilis. Moreover, in the genomes these immunity genes were located in large clusters together with other immunity genes predicted to protect against other B. fragilis toxins.

Interestingly, these gene clusters are in chromosome region that have features suggesting they can move independently between organisms. When the researchers mixed together a bacterium that carried one of the clusters with a related organism that did not have one, they learned that the immunity genes could be transferred, and that the newly acquired genes did offer toxin protection.

Based on their observations, the scientists think these immunity genes have an adaptive role because they help these bacteria overcome toxic hits from their B. fragilis assailants. They see this shielding effect during growth in Petri dishes in their labs and when they introduced the bacteria carrying these genes into the guts of mice.

The researchers then asked if similar orphan immunity genes protect against other toxins produced in the gut, in addition to those delivered by B. fragilis. This led to the discovery of a second set of orphan immunity gene clusters that are widespread among Bacteroides species in the gut. These clusters contain genes predicted to guard against diverse toxins made by a range of different species, not just other Bacteroides. A second striking feature of this second kind of immunity gene cluster is that it shows signs of recent new gene acquisition.

The scientists concluded that obtaining and maintaining orphan immunity genes clusters is a common way for gut bacteria to try to fend off interbacterial assaults and sustain their species' or strain's presence in the human gut microbiome.