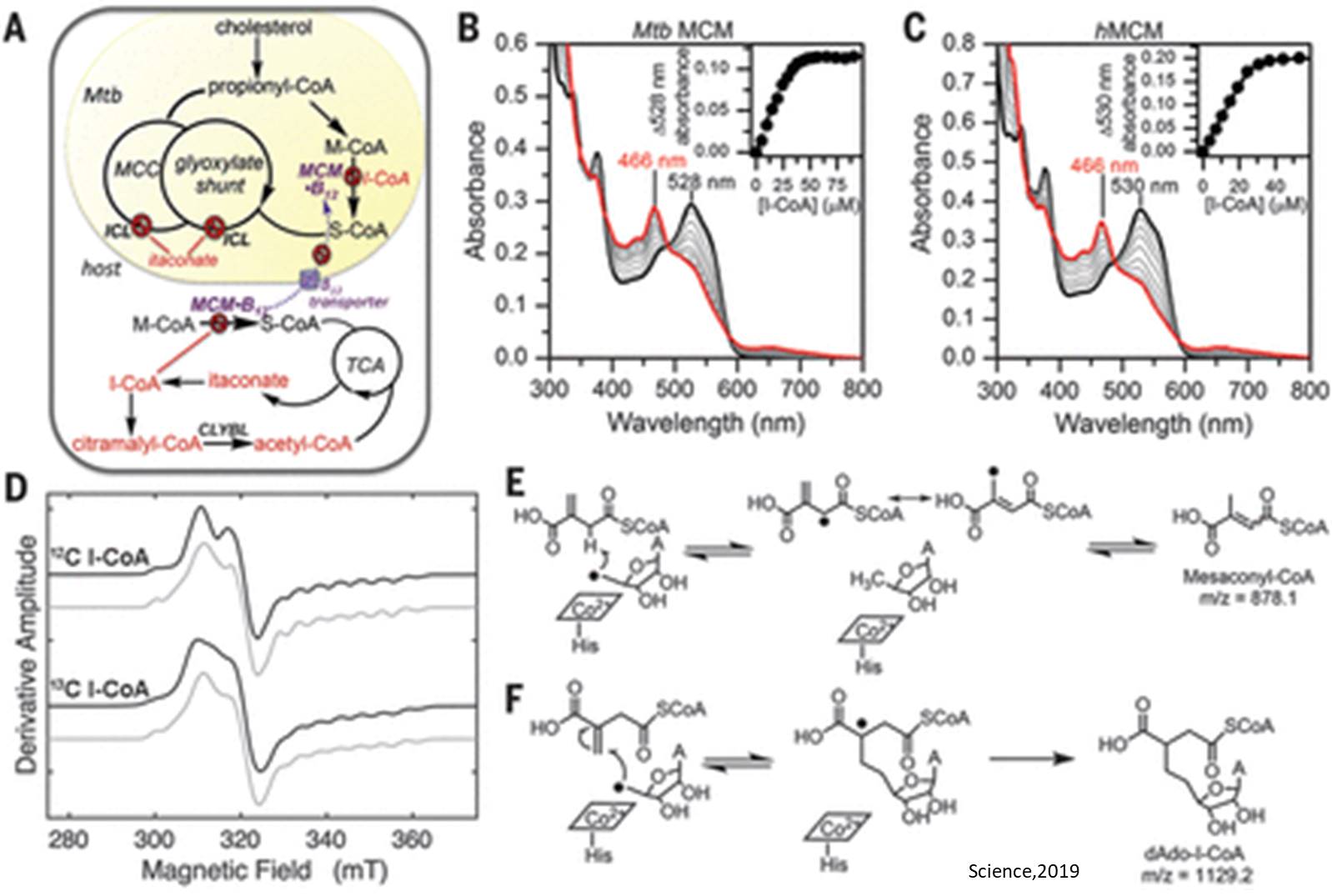 Close to 1.8 billion people worldwide are infected with Mycobacterium tuberculosis (Mtb), the common and occasionally deadly bacterium that causes millions of cases of tuberculosis each year. The bacteria, having coevolved with humans over millennia, have devised ways of hijacking nutrients from its human host for its own benefit. Humans have equally complex ways of fighting back.

In a new study appearing in the journal Science, a team of researchers have discovered a specific mechanism by which a "weapon" used by the immune system, called itaconate, targets Mtb.

Researchers only recently discovered that itaconate is produced in large amounts by the immune system when under attack. So far, just how itaconate disarms disease-causing bacteria has been somewhat of a mystery.

Mtb hides inside human immune cells, using cholesterol for the energy needed to grow and proliferate. During this process, the bacteria produce a toxic intermediate called propionate, which it must get rid of.

One strategy for propionate disposal relies on vitamin B12 derived from the human host. "B12 is a very interesting vitamin in that it is required in very low concentrations by our cells, perhaps the lowest of any vitamin, yet it's essential for life," says the senior author of the new paper.

A biologically active form of the vitamin, called coenzyme B12, was discovered more than 60 years ago and is involved in cellular metabolism. Coenzyme B12 allows very complex chemistry to occur in bacteria and human cells because it releases radicals, or unpaired electrons, that enable otherwise very challenging chemical reactions.

Typically, radicals are highly unstable and therefore short-lived. "In the body, free radicals cause cellular and DNA damage because they are very reactive," says the senior author. The pair of radicals (called a biradical) generated by coenzyme B12 is so reactive, that it raises the question as to how the enzyme is able to contain and use it.

The team was able to show that an activated form of itaconate, called itaconyl-CoA, blocks the B12-dependent pathway in the tuberculosis bacterium, preventing it from using propionate to grow. It does so by acting as a decoy, "tricking the B12-dependent enzyme into using itaconyl-CoA as a substrate, which then leads one of the radicals to commit suicide," says the author.

What's more, the itaconyl-CoA/coenzyme B12 reaction produced a stable biradical that lingered for more than an hour instead of disappearing rapidly. This enabled lead author to grow crystals of the enzyme containing the biradical and obtain its 3D structure.

"This is the first time anyone has seen this biradical," says the author. "Understanding how an enzyme can harness such reactivity can perhaps allow us to repurpose the method and could be invaluable in terms of chemistry," added another author.

This new observation could also begin to explain why 3% to 5% of the human population carries a mutated gene. "People with a mutation in the CLYBL gene have no obvious ill effects except their B12 levels are slightly lower," says the senior author, who speculates that this could confer an advantage against infection.