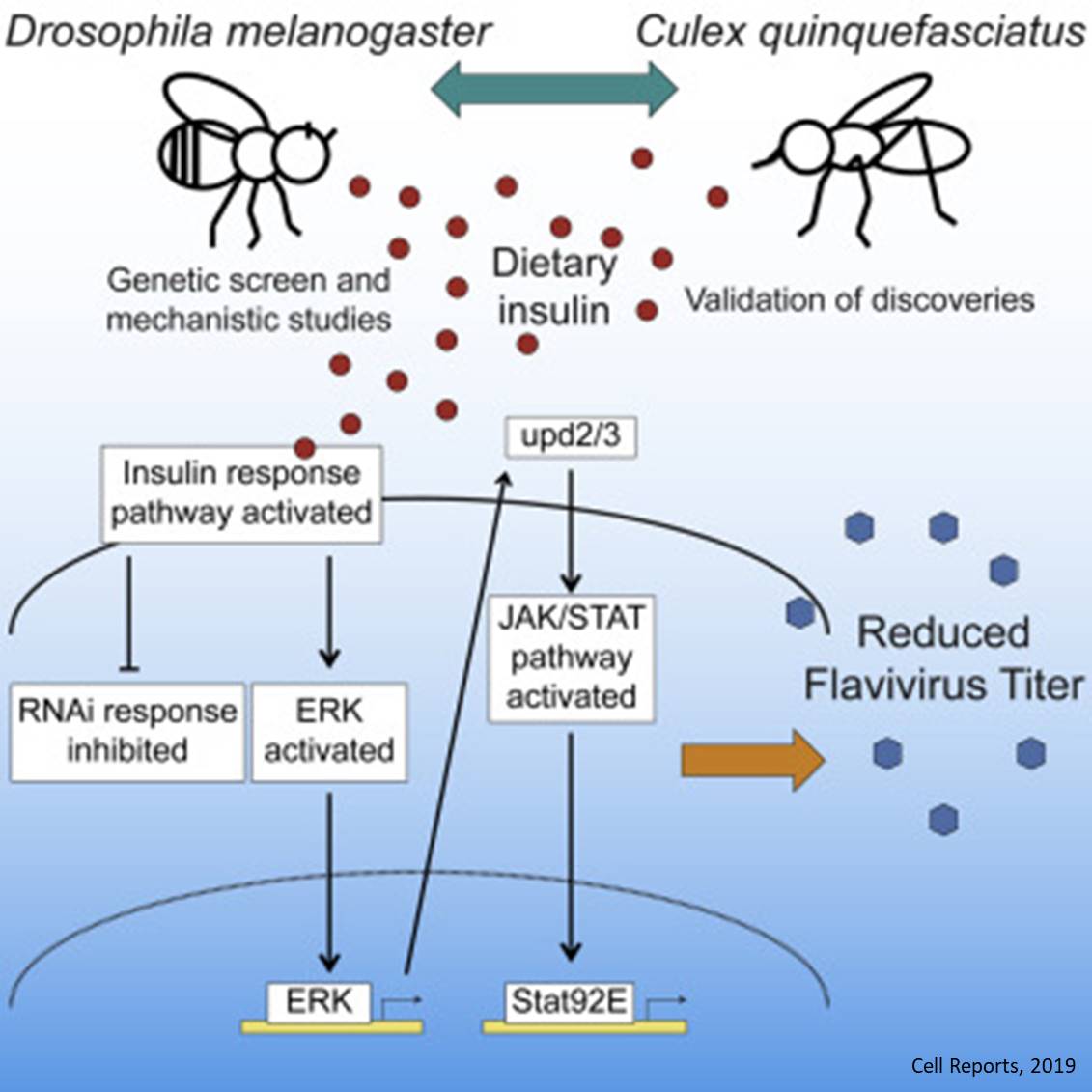 A discovery by a research team has the potential to inhibit the spread of West Nile virus as well as Zika and dengue viruses.

In a study published in the journal Cell Reports, researchers demonstrated that mammalian insulin activated an antiviral immunity pathway in mosquitoes, increasing the insects' ability to suppress the viruses.

Mosquito bites are the most common way humans are infected with flaviviruses, a virus family that includes West Nile, dengue and Zika. In humans, both West Nile and dengue can result in severe illness, even death. Zika has been linked to birth defects when pregnant women are infected.

"It's really important that we have some sort of protection against these diseases because currently, we don't have any treatments. If we're able to stop the infection at the level of the mosquito, then humans wouldn't get the virus," said the study's lead author.

Working first with fruit flies, which have similar immune responses to mosquitoes, the authors identified an insulin-like receptor in the insects that, when activated, inhibits the replication of the West Nile virus in the flies. The researchers then elicited this same response in mosquitoes by feeding them blood containing elevated insulin. Subsequent tests showed activating this receptor was also effective in suppressing dengue and Zika in insect cells.

While it was already known that insulin boosts immune responses in mosquitoes, this is the first time insulin's connection to a particular immune response pathway, called JAK/STAT, has been identified. It is a significant step toward the long-term goal of creating an intervention, said the corresponding author on the paper.

"If we can activate this arm of immunity through the insulin receptor in the mosquito, we can reduce the overall viral load in the mosquito population," the author said. "If the mosquitoes are carrying less virus when they bite you, they will transmit less of the virus, and there's a better chance you won't acquire the disease.