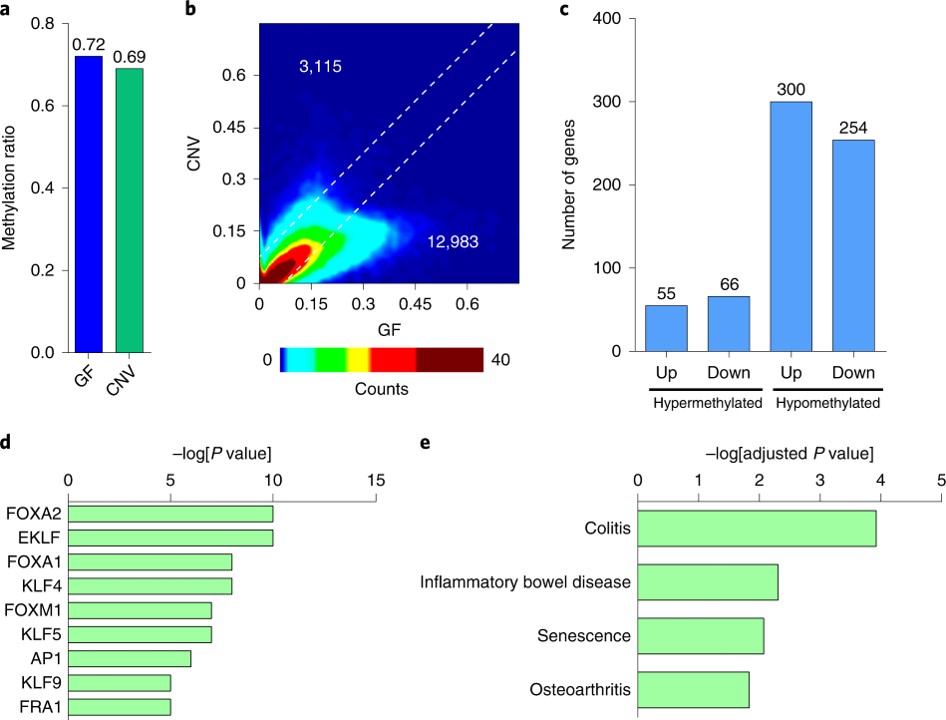 A large body of research work indicates that the intestinal microbiota – in other words, all the microorganisms that colonize the human gut – and its composition are linked to a whole series of diseases. The illnesses range from inflammatory diseases of the intestine and metabolic disorders such as obesity and diabetes to cancer, autism, and depression.

These studies usually only show links and do not clarify the mechanisms by which the intestinal microbes affect the human body.

To do so, the researchers compared the DNA of the gut mucosal cells in mice with a normal microbiome with those of mice who had grown up in sterile conditions. They focused on analyzing DNA methylation, known as epigenetic marking, which prevents DNA-binding proteins from attaching to the DNA at these sites, hence restricting the activity of the genes there.

The researchers noticed considerable differences in the methylation patterns between sterile and microbe-colonized animals. In the latter, they found a group of "sentinel genes" activated by demethylation, which are responsible for the normal regeneration of the intestinal mucosa in the healthy gut.

Both the microbe-colonized mice and the sterile animals were treated using a chemical that attacks the intestinal mucosa, thus inducing acute inflammation. In the microbe-colonized animals, this treatment led to a reduction in DNA methylation in the gut mucosal cells, particularly affecting a number of regulatory elements. As a result, many genes that play a role in inflammation and in cancer were activated.

The team realized that this effect apparently depends on the demethylating enzymes TET2 and TET3: If they were turned off genetically, treatment with the chemical hardly caused any changes in the genome methylation.

"The microbiome seems to have a considerable influence on the animals' health: It ensures normal intestinal development by using epigenetic programming to activate genes that steer regeneration of the gut mucosa. In the microbe-free mice, however, this activation does not take place," the author explained. "During acute inflammation, the gut microbes also cause a change in genetic activity, and genes are dysregulated that are also dysregulated in patients with intestinal inflammation and cancer of the colon. This once again underlines the key role that microbes play in epigenetic regulation," he added.