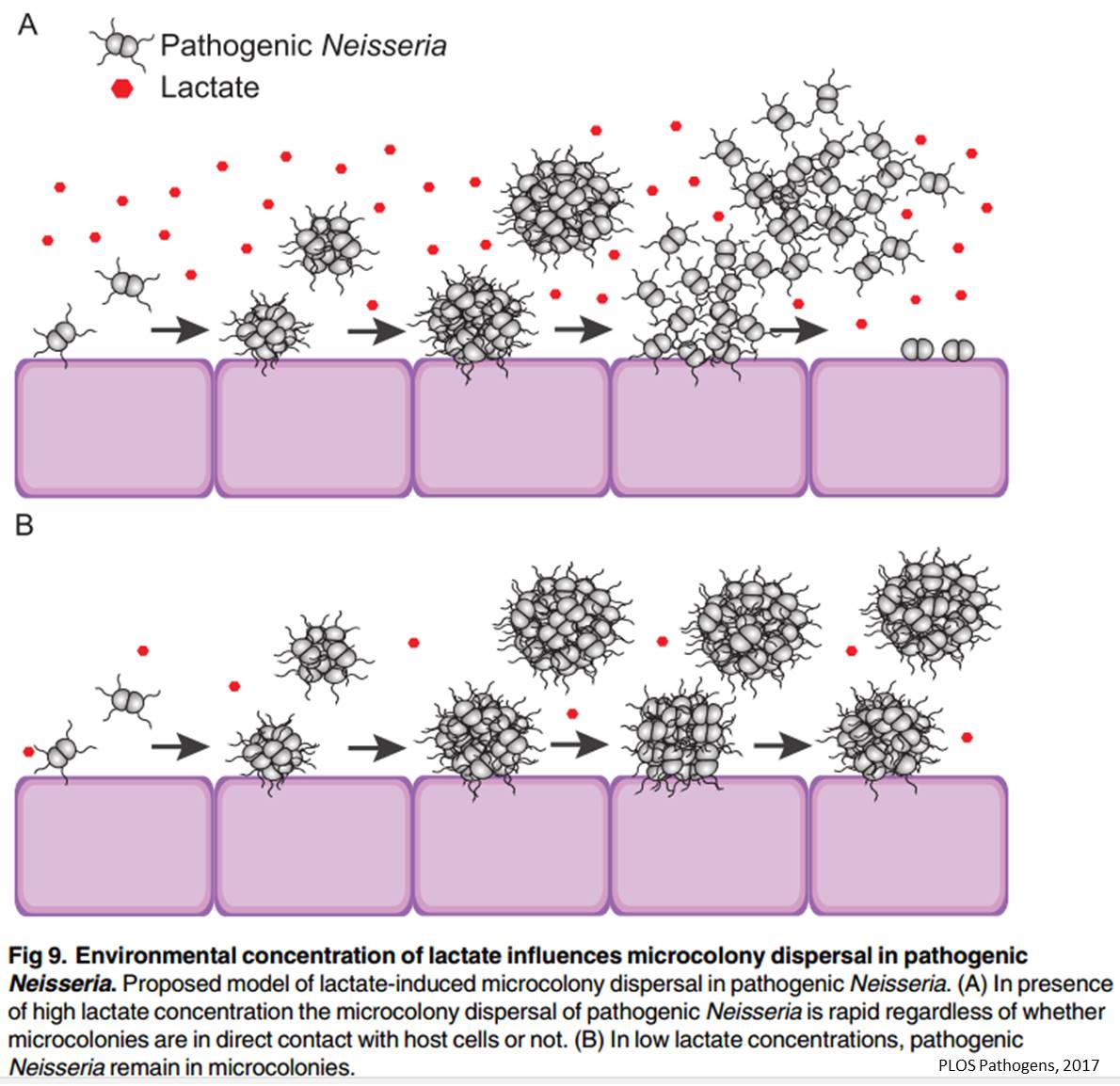 Lactate produced in the upper throat might trigger meningitis-causing bacterial cells to detach from tiny colonies and spread within the body, according to a new study published in PLOS Pathogens.

The research, performed focused on the bacterium Neisseria meningitidis, which lives in the upper respiratory tract of 10 to 35 percent of humans. Normally, N. meningitidis is harmless, but it can sometimes invade the body and cause meningitis or blood infection.

The initiation of harmful N. meningitidis infection is known to follow two steps: First, the bacteria gather in microscopic colonies in the upper throat. Then these microcolonies disperse rapidly, allowing the bacteria to invade the mucosal lining of the throat and enter the blood. However, this dispersal process is poorly understood.

Further experiments narrowed down the possibilities of which specific molecule triggers dispersal. Lactate, a byproduct of glucose fermentation in human cells, emerged as the top candidate. The researchers confirmed that lactate can initiate microcolony dispersal and showed that it is not metabolized by N. meningitidis, suggesting that it serves solely as a signaling molecule.

Based on these findings, the scientists propose that N. meningitidis microcolonies disperse in response to high concentrations of lactate in their environment. Further research into lactate's role in N. meningitidis infection could improve understanding of how harmless N. meningitidis bacteria become invasive.

"It will be intriguing to identify the mechanistic details how lactate serves as signaling molecule. This may not only help to improve understanding of how harmless bacteria become invasive, but also reveal novel ways to prevent and treat meningococcal disease." says Ann-Beth Jonsson, professor at Stockholm University.