Lifestyle is a threat to gut bacteria! 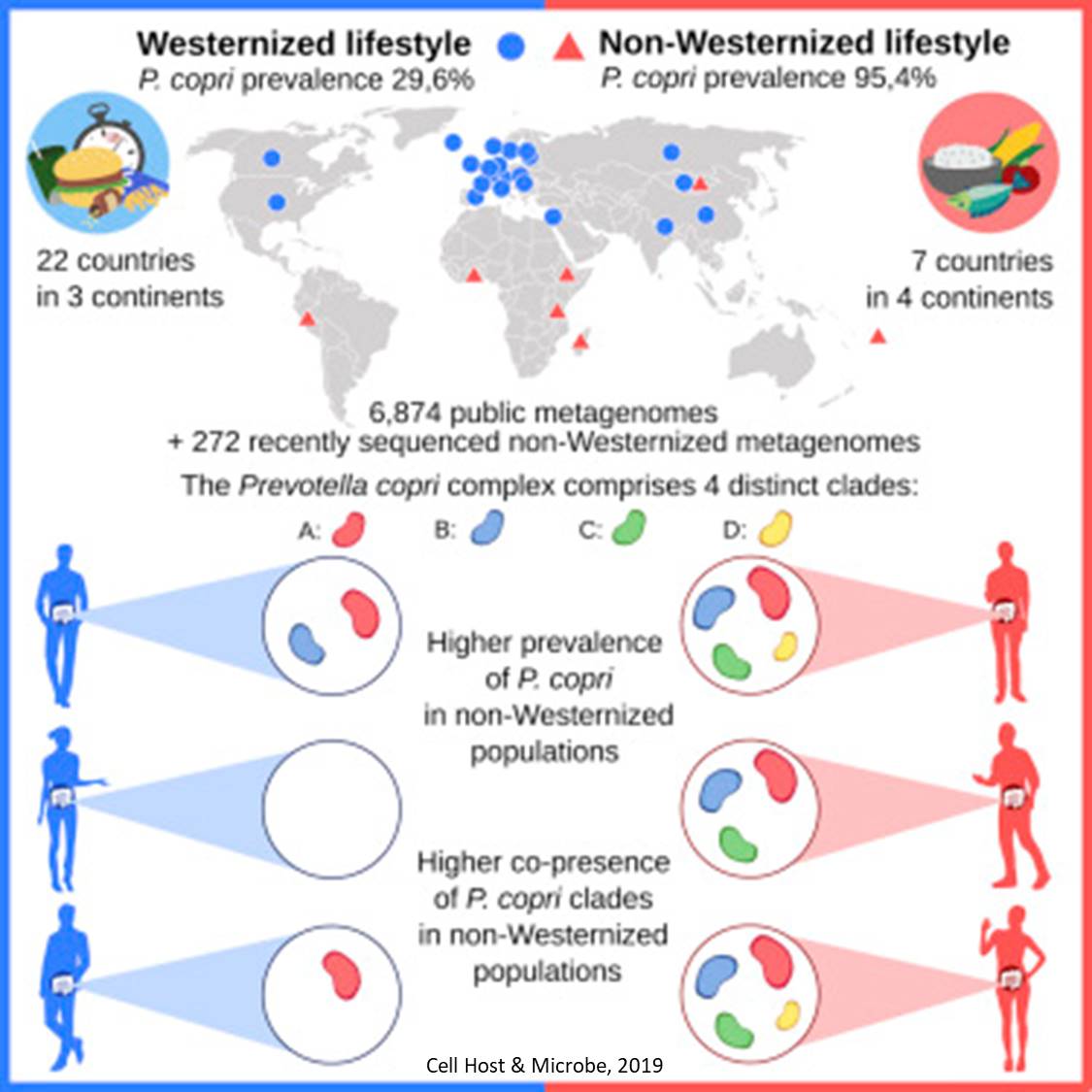 The intestinal microbiome is a delicate ecosystem made up of billions and billions of microorganisms, bacteria in particular, that support our immune system, protect us from viruses and pathogens, and help us absorb nutrients and produce energy.

The industrialization process in Western countries had a huge impact on its content. This was confirmed by a study on the bacteria found in the intestine of Ötzi, the Iceman who, in 1991, emerged from the ice of the Ötztal Alps, where Italy borders with Austria. Scientists of Eurac Research examined samples of the mummy's bacteria, confirming the findings of the researchers of the University of Trento who had analyzed the genome of intestinal microorganisms of over 6500 individuals from all continents.

Previous studies had demonstrated that there is a connection between the microbiome's bacterial content and the increase, in Western countries, of obesity, autoimmune and gastrointestinal diseases, allergies and other complex conditions.

In the study that appeared in Cell Host & Microbe, researchers demonstrated that the differences between Western and non-Western or prehistoric microbiome lie in the decrease of some types of bacteria that process complex and vegetal fibers in the intestine. That may have been caused by the Westernization process. Changes in diet, which is now higher in fat and low in fibers, a sedentary lifestyle in an urban setting, the development of new hygiene habits and the widespread use of antibiotics and other medical products have, with no doubt, made our life safer, but impacted the delicate balance of our microbiome.

The study - The scientists of Eurac Research in Bolzano/Bozen sequenced the Iceman's DNA and were able to identify his set of bacteria, while the researchers of the University of Trento compared it with the microbiome of contemporary non-Westernized populations (from Tanzania and Ghana in particular), which are not used to processed food and have non-Westernized hygiene practices and lifestyle. Their findings were surprising.

The study focused, in particular, on Prevotella copri, a microbe that, when is found in our intestine, is usually the most represented. P. copri is present in 30% of Western individuals. "First of all, we found out that P. copri it is not a monotypic species but is composed of four distinct but similar clades", explained the coordinator of the study with Adrian Tett of Cibio of the University of Trento. "We then noticed that at least three of these four clades are almost always present in non-Westernized populations, but are much less  prevalent in Westernized individuals. And when it is so, there usually is only one of the four clades. We postulated that the complex process of Westernization had a considerable impact on the gradual disappearance of this bacterium. Our hypothesis was confirmed by the analysis of ancient samples of DNA that were made available by Frank Maixner of the Institute for Mummy Studies at Eurac Research. The Iceman's guts contained three of the four clades of P. copri. And the four clades were also co-present in fossilized stool samples from Mexico that are more than one thousand years old. We still do not know what are the biomedical consequences of these changes of the microbiome which has evolved considerably in recent decades while the human body it colonizes has remained genetically practically unchanged for centuries".

"Through these 'ancient' samples - continued Tett - we were able to study the evolution of these clades and now we know that they genetically delineated with the human species and before the initial human migrations out of the African continent".