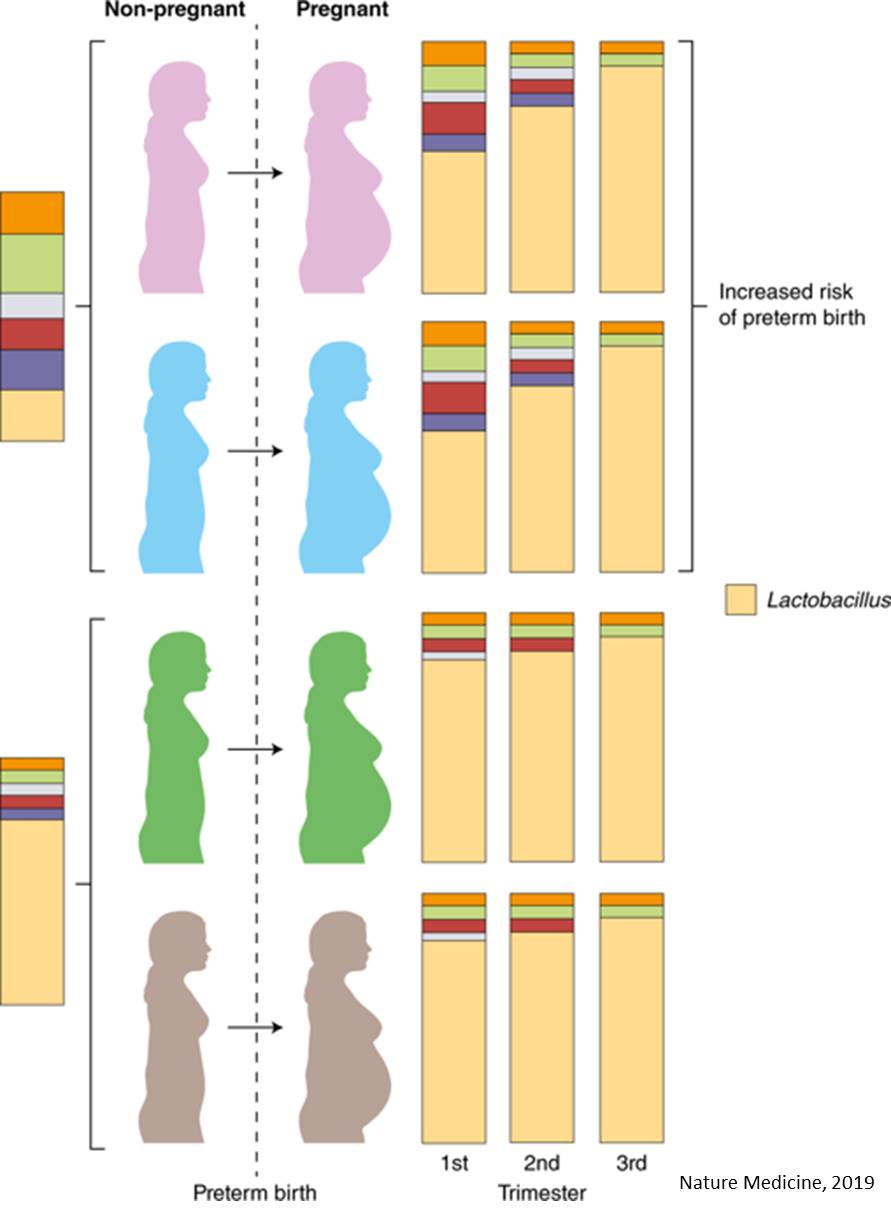 Pregnant African American women are more likely than white women to give birth prematurely, but they're underrepresented in studies of preterm birth rates. In a recent study, researchers analyzed how pregnant women's vaginal microbiomes correlated to preterm birth rates. They identified bacteria species that proliferated in women who gave birth early. Because most of the study's participants were African American, the findings may help healthcare providers predict and prevent preterm birth in this at-risk population. Their results appear in Nature Medicine.

The researchers scrutinized data from the Multi-Omic Microbiome Study-Pregnancy Initiative, a collaborative project centered at Virginia Commonwealth University. They considered the vaginal microbiomes of 45 women who gave birth prematurely and 90 whose pregnancies extended through term. About 78 percent of the women in each group were African American.

"Given where VCU is--in the Richmond area--you have a predominantly African American population, and so that's who shows up at the VCU clinics," the senior author said. "That's a really useful thing because a lot of other studies are mostly done with large groups of people of European descent."

Another useful thing was the timespan the data represented. Because the data spanned all trimesters of pregnancy--and even extended into the postpartum period--the researchers could track how the bacterial communities changed over time.

They found that by the second trimester, women who would eventually give birth prematurely harbored much larger populations of BVAB1, Sneathia amnii, TM7-H1, a group of Prevotella species and nine additional taxa than their full-term counterparts did. In addition, they had smaller populations of Lactobacillus crispatus. That's noteworthy because a Lactobacillus-dominated microbiome is a hallmark of a healthy reproductive tract. These differences only grew more pronounced as the pregnancies progressed.

The researchers also discovered that the microbial profile associated with preterm birth correlated to a greater presence of proinflammatory proteins--called cytokines--in vaginal fluid.

"Microbiome data is relatively new--especially the vaginal microbiome--so a lot of it is looking at the data and figuring out what you see in terms of correlation," the senior author said. "The next steps are doing the basic science to find out, for example, how the cytokines potentially affect preterm birth."

Their findings may influence how pregnant women's risk of preterm birth is assessed. For example, perhaps their vaginal microbiomes could be screened for the bacteria at issue.

"We don't know why the microbiome looks different. A large part of the microbiome--whether it's gut or vaginal or whatever--might have to do with access to healthcare, socioeconomic factors and so on," the senior  author said. "The bigger goal is to try to figure out early on which women are more likely to have preterm births. Then you can do something about it because you have some time for intervention."

The project might also have implications beyond the clinical environment. It may improve how scientists--especially statisticians--make sense of microbiome data, even when dealing with other parts of the body. One woman's vaginal microbiome may comprise 400 distinct types of bacteria. The digestive tract hosts more than 1,200. Analyzing that many data points--and seeing how they relate to separate sets of data, such as cytokine counts--is a challenge.

"We're still developing methods, as a field, to try to figure out how to analyze and integrate completely different types of data. It's very exploratory, and from a biostats perspective, I think that's an important point," the author said. "The science is new."